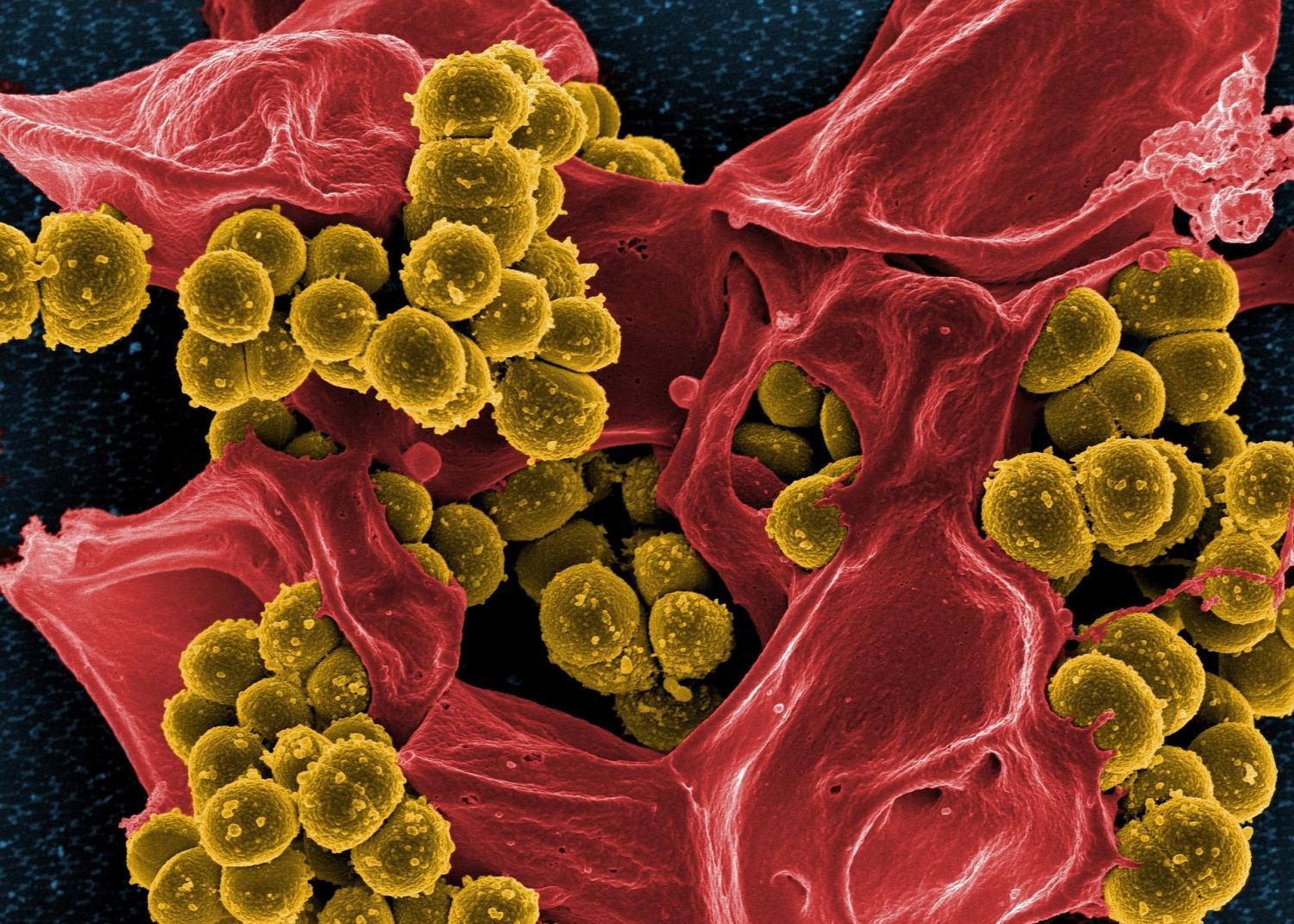 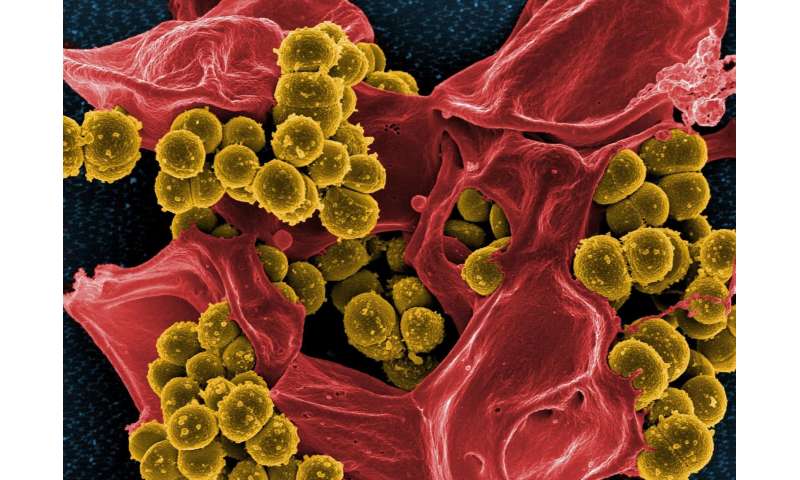 A new class of engineered proteins may counter infection caused by Staphylococcus aureus – a bacterial species considered one of the largest global health threats, a new study suggests.

Published online January 16 in Science Translational Medicine, the study is the result of a five-year research partnership between scientists at NYU School of Medicine and Janssen Research & Development, LLC (Janssen).

“To our knowledge, this is the first report showing that proteins called centyrins can potently block the effects of severe S. aureus bacterial infections in mice, and in human cell experiments,” says lead study author Victor Torres, Ph.D., associate professor in the Department of Microbiology at NYU Langone Health.

The preclinical study found that a select group of centyrins interfered with the action of five toxins that S. aureus depends on for escaping the human immune system and invading tissues. By taking away the bacteria’s ability to thrive without destroying it, the new approach could help to address antibiotic resistance, the problem where treatments destroy some bacterial strains, only to make more space for others less vulnerable to available antibiotics over time.

Nearly one-third of the human population are carriers of S. aureus, generally without symptoms. But for those with weakened immune systems, S. aureus infection may result in life-threatening lung, heart, bone, or bloodstream infections, says Torres. S. aureus has long posed a threat in hospitals. Strains that have become resistant to many antibiotics (including methicillin) are called methicillin-resistant S. aureus (MRSA), which leads to 11,000 deaths in the United States each year.

“MRSA remains a major threat because generations of treatment and vaccine attempts have failed to control it,” says Torres. “Our study responds to an urgent need for new thinking in anti-staphylococcal therapeutics.”

Road to a New Treatment Class

Torres and others in the field spent years learning that S. aureus thrives by releasing toxins, one of which, leukocidin AB, was identified by his lab. Such toxins bore holes in immune cells, destroying them before they can destroy the bacteria. They also bore into red blood cells, which flood bacteria with nutrients when they die and burst.

Building on this work, the current study authors used a molecular biology technique to make changes in a single parental centyrin, creating a trillion slightly different centyrins—and nearly all at once thanks to automation. Out of this vast “library,” careful screening revealed 209 centyrins that happened to bind to pieces of one of the five major S. aureus leukotoxins. Those that bound the tightest were shown by the current research team, in experiments using human cells, to prevent the toxins from attaching to and destroying the cells they would otherwise bore into.

The research team then gave mice a toxic dose of LukED S. aureus toxin. Those also given ahead of time a dose of the parental scaffold centyrin (not designed to bind to this toxin) died. However, those given the centyrin called SM1S26—chosen for its ability to interfere with the LukED S. aureus toxin—lived. Even in experiments in which mice received the anti-toxin centyrin four hours after they were infected with live S. aureus (a scenario more closely resembling clinical reality), 50 percent of the infected animals survived compared to none in the control group of infected mice.

Moving forward, the collaborative research team is also developing biologics that combine centyrins with anti-staphylococcal monoclonal antibodies (mABs) in a new class of proteins called MABtyrins, which could be more effective at neutralizing S. aureus.