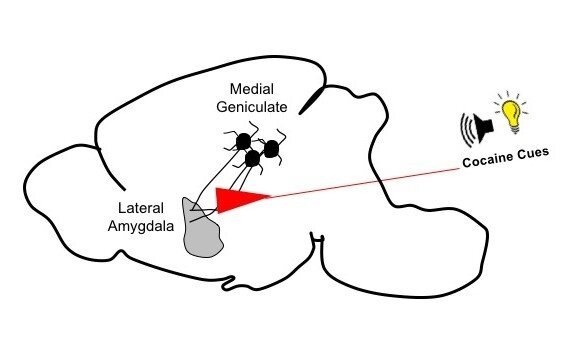 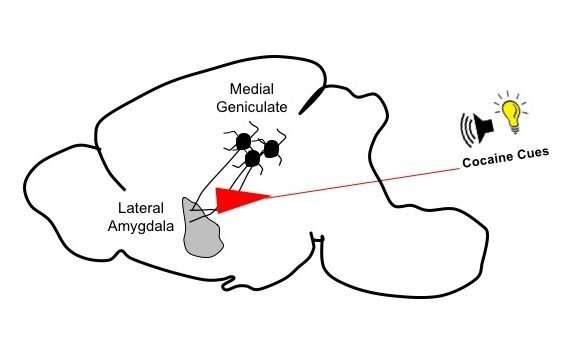 Forty to 60 percent of all people treated for substance use disorders relapse, presenting a major challenge to treatment success. New research from the University of Pittsburgh School of Medicine shows that disrupting memories that associate environmental cues with drug use significantly reduces drug seeking behaviors in rats, opening a potential avenue for developing more effective therapies to prevent relapse.

Since Pavlov discovered classical conditioning in dogs in the 1890s, it has long been recognized that the brain associates specific cues with behaviors, like the smell of freshly brewed coffee making you want to drink a cup, or the sight of a snake inducing a heightened fear response. Breaking the links between cues and memories is a well-known strategy in treating phobias, addiction and PTSD.

But this method—commonly known as ‘exposure therapy’ – is not very effective at treating addiction. The reason? Context matters. While exposure therapy might have some effect in a controlled setting such as a doctor’s or therapist’s office, the moment a person suffering from addiction is faced with the cue in the outside world, the brain fires off the same neurons connected to drug-seeking behavior.

“While we’ve always known that the brain forms these cue-associated memories, the specific circuits have never been clearly identified,” said Mary Torregrossa, Ph.D., associate professor of psychiatry at Pitt’s School of Medicine and senior author of the study, published today in Cell Reports. “We’ve found a central piece in the cue-memory puzzle, and we also show that taking out that piece in a substance use scenario can help reverse relapse-like behaviors.”

In the study, the scientists used a rat model of cue-associated relapse. When rats pressed a lever, they received an infusion of cocaine, accompanied by a tone and a light. With training, the rats learned to associate the audiovisual cue with the cocaine high, and exhibited drug-seeking behavior analogous to craving, repeatedly pressing the lever.

Using electrical recordings from rat brain tissue, Torregrossa and her team first showed that connections between the medial geniculate nucleus—the brain’s switchboard for sound—and the lateral amygdala are important for forming memories that associate the cocaine high with external cues.

“It made sense to us because the amygdala is where emotional memories are formed,” said Matthew Rich, a graduate student in Torregrossa’s lab and the first author of the study. “It receives sensory input and associates that input with what we feel when the cues are presented to us.”

To show a causal connection between these cue-associated memories and drug-seeking behavior, the researchers used a technique known as optogenetics, where light pulses are used to control genetically modified cells, to control the neurons from the previous experiment. Rats that had the cocaine-cue memories optogenetically erased pressed the lever significantly fewer times when the light and tone cue were played.

Importantly, the reduced relapse behavior persisted even when the rats were placed in a different environment, suggesting that eliminating cue-associated memories overcomes the relapse-inducing effects of a new environment.