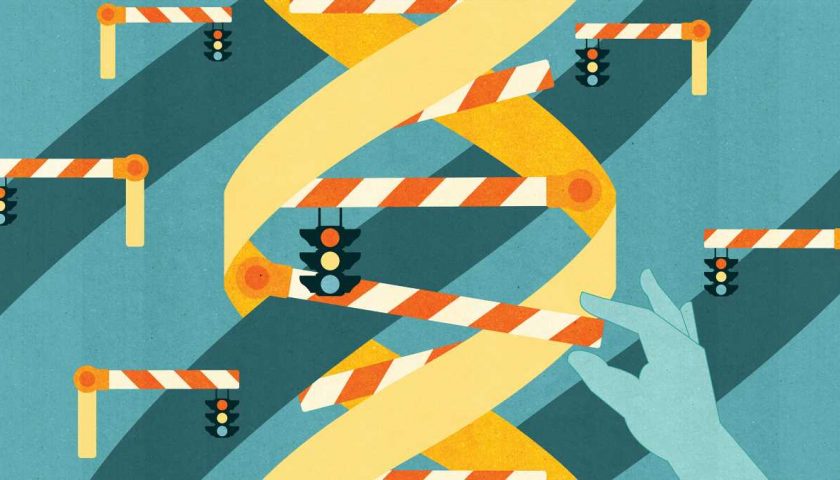 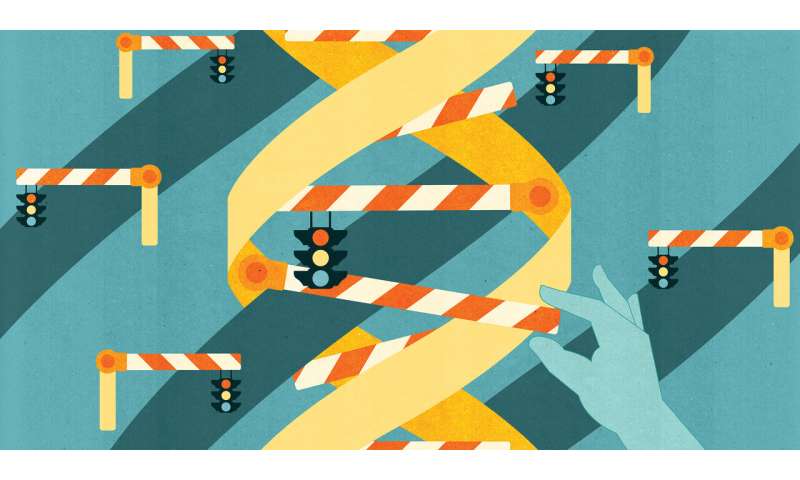 In 1944, people in The Netherlands entered into what would become known as the Hongerwinter, or hunger winter, a famine created in retribution by the Nazis for resistance activities in the German-occupied nation near the end of World War II.

The Dutch famine, as the incident also is known, caused the deaths of as many as 22,000 people. But because the famine had begun so quickly, with the Nazi blockade of food in November 1944, and ended just as suddenly, with the liberation of the Netherlands in May 1945, it gave scientists a unique insight into the effects of how genes in the body can be affected, or effectively changed, by turning off or on in response to a variety of factors within the body and in the environment.

For many years, scientists assumed that your genetic makeup, your genome, was like a set of blueprints that determined not only eye and hair color, but also how likely you are to develop diabetes or get certain cancers. But in the 1990s and 2000s, it became clear that it was all much more complicated than that—in fact, many genes could be turned off or on, or expressed, depending on a host of environmental factors, including things such as diet, pollution, climate, etc. This new understanding that your genes can be turned off or on in ways that can be just as significant as changes in your genetic sequence became known as the science of epigenetics.

This was shown by following the babies born during the Hongerwinter throughout their lives. Researchers found that the famine had turned off certain genes in the children, and the genes were silent throughout their lives. The effects were dramatic—children born during this period developed cardiovascular disease, obesity and schizophrenia at higher levels. In general, they lived lives that were much shorter than people born in the Netherlands outside of this period, passing away at an average of 68 years of age.

That study was just one more indication that that epigenetics, if better understood, could be a powerful tool, especially in a too-familiar situation where gene expression appears to go haywire: in cancer.

Emily Dykhuizen is an associate professor of medicinal chemistry and molecular pharmacology at Purdue University who is looking to use a bit of biochemical jiu-jitsu to use epigenetics to flip one of cancer’s evil tricks into an advantage for the patient.

“Day-to-day we work on very specific proteins that regulate the genome. We’re trying to understand how these genes are regulated and to find ways eventually to regulate them with drugs or other therapies,” she says.

Her group began studying a protein that responds to stress in the kidney by changing the expression of genes so that cell growth slows down. When the protein is activated, the cells hit the brakes like they saw a state trooper with a radar gun, which protects kidney cells from developing into cancer.

Dykhuizen says that because the protein is so often mutated in kidney cancer, it was thought that loss of the protein always increased cancer growth. Instead, her team discovered that some cancer cells need this protein to hit the brakes, or else they accelerate out of control and die.

“Cancers that are developed require this protein,” Dykhuizen says. “If they get too much stress, the cancer cells will actually die. It’s this weird paradox we’ve found.”

But not every cancer responds this way.

“Some cells grow faster if this protein is deleted. In many cancers we’ve found that we can push the cancers toward cell death by eliminating the protein,” she says.

Controlling the expression of this protein by cancer cell genes won’t eliminate current therapies but instead should make them more effective.

“Targeting this gene in combination with therapeutics, such as checkpoint inhibitors, and even chemotherapies, might make those therapeutics significantly more effective at killing cancers,” she says.

Even as her research is getting attention for its cancer-fighting potential, Dykhuizen emphasizes that research into epigenetics is important regardless of the immediate payoff.

“I’m a big proponent of basic sciences. Sometimes taking a basic science approach opens up avenues for therapeutics that you might not have realized before,” she says. “Even from the beginning, we were studying this cancer suppressor with the knowledge that this may not directly be a drug target, but with the idea that any information about mammalian transcription would be useful. But it turns out we found a very promising protein to target for potential therapies.”

In addition to cancer suppressing drugs, Dykhuizen also is studying the intersection of the body’s stress responses caused by environmental changes such as diet, exercise, smoking and changes in the epigenome. But she emphasizes that epigenetics is still a new field and that each new discovery feels like it leaves you running in place.