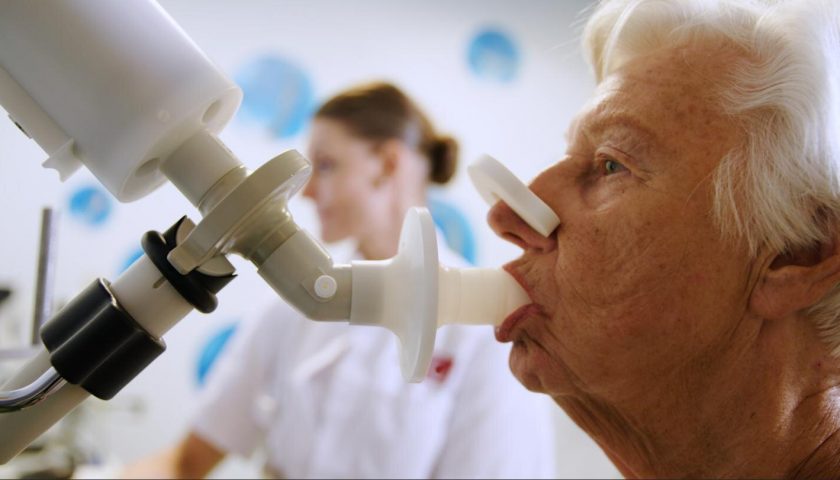 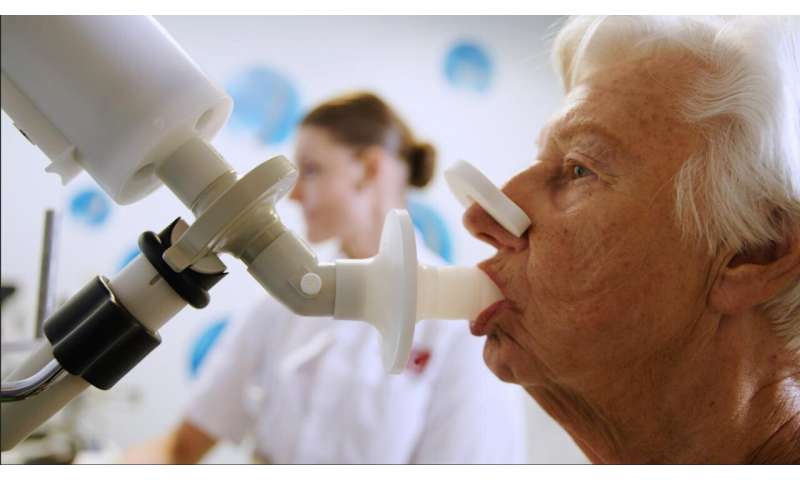 An electronic nose that detects chemicals in the breath of lung cancer patients can identify with 85% accuracy those who will or will not respond to immunotherapy, according to new research published in the leading cancer journal Annals of Oncology today.

The results of the first study to investigate this show that the eNose is more accurate than the current gold standard of immunohistochemistry (IHC) for selecting patients who will respond to anti-PD-1 immunotherapies such as nivolumab or pembrolizumab. IHC involves testing tissue samples for the presence of the protein called programmed death ligand 1 (PD-L1), which is the target for anti-PD 1 therapies, but it is invasive and takes time to obtain results.

Professor Michel van den Heuvel, professor of thoracic oncology at the Radboud University Medical Centre (Nijmegen,The Netherlands), who led the research, said: “The introduction of immunotherapy has dramatically improved the treatment of advanced stage non-small cell lung cancer but unfortunately it is only effective in a subset of patients, which was about 20% when we started the study. Currently, there is no test available that can accurately predict who will benefit from this treatment, apart from PD-L1 testing by immunohistochemistry. This is today’s biomarker of choice, despite its analytic and predictive limitations, when making clinical decisions about whether or not to treat a patient with immunotherapy.”

Ms Rianne de Vries, a Ph.D. student in the department of respiratory medicine at Amsterdam University Medical Centres (The Netherlands), who is joint first author of the study, said: “We hypothesised that exhaled breath analysis using eNose technology might be a non-invasive and rapid alternative to the current standard and would enable doctors to avoid treating patients with an immunotherapy to which they would not respond.”

The eNose is a small device that contains sensors to detect chemicals called volatile organic compounds (VOCs), which are present in about one per cent of our exhaled breath. The rest of our breath mainly consists of nitrogen, oxygen, carbon dioxide and water. The researchers thought that the mix of VOCs in the breath of patients with advanced non-small cell lung cancer (NSCLC) might indicate whether or not the patient would respond to anti-PD1 therapy; VOCs can vary depending on metabolic processes that occur in the whole body or in parts of it, such as the lungs.

Ms de Vries, who is also chief operating officer of Breathomix, which is currently producing the eNose, continued: “When using the eNose, the patient takes a deep breath, holds it for five seconds and then slowly exhales into the device. The eNose sensors respond to the complete mixture of VOCs in the exhaled breath; each sensor has its highest sensitivity to a different group of molecules. The sensor readings are sent directly to and stored at an online server for real-time processing of the data and for ambient air correction because the air that you exhale is influenced by the air that you inhale. The measurement takes less than a minute, and the results are compared to an online database where machine-learning algorithms immediately identify whether or not the patient is likely to respond to anti-PD1 therapy.” 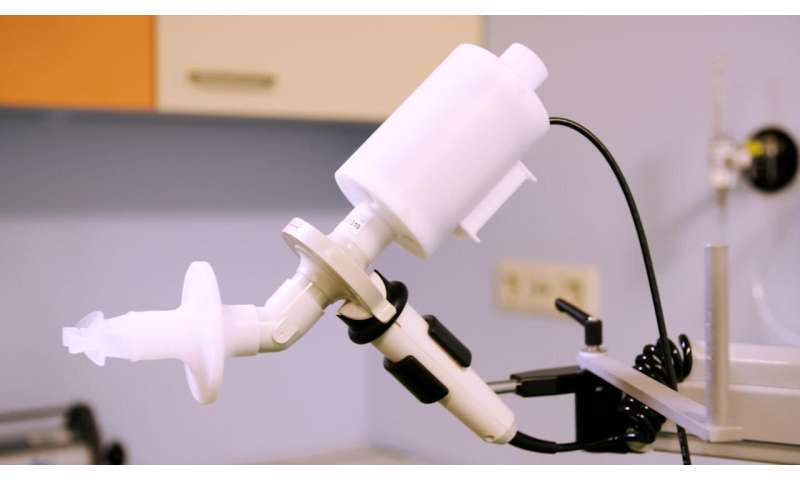 Between March 2016 and February 2018, the researchers at The Netherlands Cancer Institute, Amsterdam, recruited 143 patients with advanced NSCLC. They used the eNose to take the breath profiles of the patients two weeks before they started treatment with nivolumab or pembrolizumab, and after three months they used standard criteria (Response Evaluation Criteria of Solid Tumours, RECIST) to assess whether the patients were responding to the treatment nor not. Results from the first 92 patients (who started treatment between March 2016 and February 2017) were validated by the results from the remaining 51 patients (who started treatment after April 2017).

The other first author of the study, Dr. Mirte Muller, a Ph.D. student in the department of thoracic oncology at The Netherlands Cancer Institute, said: “We found that before the start of treatment with immunotherapy, the eNose analysis of exhaled breath from the patients with non-small cell lung cancer could distinguish between responders and non-responders with an accuracy of 85%.

“Our findings show that breath analysis by eNose can potentially avoid application of ineffective treatment to patients that are identified by eNose as being non-responders to immunotherapy, which in our study was 24% of the patients. This means that in 24% of NSCLC patients this treatment could be avoided, without denying anyone effective treatment.

“ENose technology is cheap compared to other available medical technologies and diagnostic tests and biomarkers. The eNose qualifies as a non-invasive and rapid point-of-care test that provides feedback within seconds in the doctor’s office. Our results form a solid base for taking the next step to validate these findings in a large prospective multi-centre study.”

Although immunotherapy tends to have fewer side effects than chemotherapy, with fatigue being the most common, it can trigger more serious side effects in about 10% of patients. Organs such as the lungs, liver and bowel can become inflamed when the body’s immune system starts to attack its own cells. By correctly identifying patients who will not respond to immunotherapy, side effects related to the treatment can be avoided.