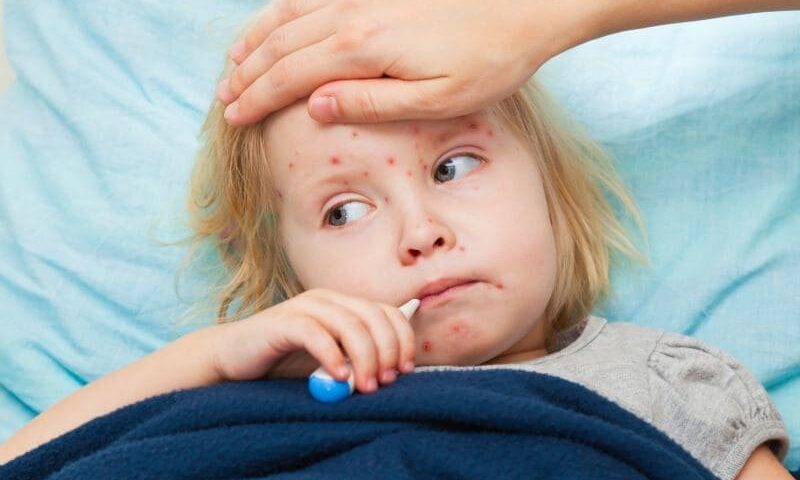 (HealthDay)—Even though California enacted tough legislation in 2016 barring “personal belief” exemptions for childhood vaccinations, some parents may be turning to unethical physicians to circumvent the new law.

And that could be fueling new and dangerous measles outbreaks in the state, a new study finds.

In a report on one such outbreak occurring early in 2018, “the six unvaccinated patients with measles all had parents who had chosen not to vaccinate them during childhood,” noted researchers led by Dr. George Han, of the Santa Clara County Public Health Department in San Jose, Calif.

The outbreak began with an unvaccinated 15-year-old boy who picked up measles during a trip to Britain and brought it back to California. The illness quickly spread to others through connections at schools, scouting events and a tutoring center.

The outbreak wouldn’t have happened if the kids involved had received vaccinations as mandated by law, Han’s team said.

That law was passed because large clusters of “anti-vaxx” parents were refusing to vaccinate their children—allowing outbreaks of measles and whooping cough to re-emerge in that state.

However, “medical exemptions for reasons determined by individual physicians” are still allowed in the state, Han and his colleagues said.

So in some cases, parents are paying doctors to write bogus medical exemption notes. In fact, a study published in October in the journal Pediatrics found that the rate of medical exemptions in California rose by 250 percent in the two years after the state banned personal exemptions.

It’s possible this unethical practice may have played a role in the measles outbreak outlined by the new report.

“Interviews with local health authorities suggest that some students without contraindications to vaccination have received medical exemptions,” Han’s team noted. They reported that two of the kids infected in the outbreak had “received identical broad medical exemptions to all vaccines from a physician located several hundred miles away from the patients’ residence.”

Pediatricians who reviewed the report were quick to condemn the practice.

“I find it unconscionable that there may be physicians who are trying to profit off of parental fears,” said Dr. Sophia Jan, who directs pediatrics at Cohen Children’s Medical Center in New Hyde Park, N.Y. “Though California did the right thing by eliminating the personal belief exemptions for vaccinations, parents who fear vaccines are clearly finding a way around the law.”

Dr. Michael Grosso is chair of pediatrics at Northwell Health’s Huntington Hospital in Huntington, N.Y. He agreed with Jan, adding that “disciplinary action by state licensing boards is reasonable” for doctors who sell fraudulent medical exemptions to parents.

Measles is an extremely contagious and, in rare cases, deadly infection that was once thought to be nearly eliminated from the United States due to widespread vaccination of children with the measles-mumps-rubella (MMR) vaccine.

But that was before the rise in recent years of the “anti-vaxxer” movement: parents who share the mistaken belief that routine childhood vaccines are somehow connected to serious developmental disorders such as autism. No such connections have ever been supported by rigorous scientific research.

Still, the anti-vaxx movement has spread. Alarmed by recent outbreaks of measles and whooping cough in areas where anti-vaccination sentiment is strong, some states (California included) have rushed to pass legislation barring personal belief exemptions.

With that, the number of issued medical exemptions has grown.

And as more children go unvaccinated, measles has an opportunity to make a comeback, Grosso said.

“According to the U.S. Centers for Disease Control and Prevention, there are already 159 reported measles cases from 10 states in 2019,” he said. “That’s a remarkable upswing from the last two years: in 2017 there were just 120 cases, and the following year, 372.”

“If the current rate continued for the rest of this year, our country will have seen almost 1,000 cases,” Grosso said. “The most important variable in this equation is the number of unimmunized children.”

He also noted that “under-immunization in the U.S. is not a characteristic of poor communities, but of the wealthy and educated.” In many cases, Grosso said, highly educated parents have convinced themselves that they know better than doctors and the scientific community.

“There is no one way to talk about vaccine safety with parents,” Grosso said. For example, “a number of studies have shown that emphasizing the serious nature of diseases like measles actually make some parents less likely to accept the vaccine,” he said.

In the meantime, measles remains a very real threat, as current outbreaks in anti-vaxx hotspots in Oregon, New York City and other locales rage on.

“This virus is highly contagious,” Grosso said. “Just being in a room where someone recently had measles can transmit the infection. And it is serious: Complications include pneumonia, brain infections and death.”