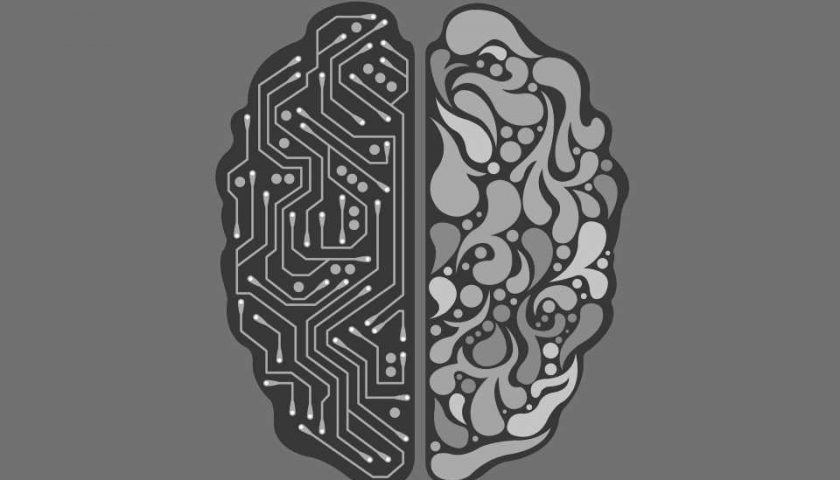 “Mental illness is just as hereditary as height. Increased vulnerability is present as early as at birth,” says Westlye, Associate Professor at the Department of Psychology and group leader at the Norwegian Centre for Mental Disorders Research (NORMENT).

New technology, however, may be about to take science a huge step in this direction. Lars Tjelta Westlye is now to receive the Anders Jahre Prize for Young Scientists, which is awarded by the University of Oslo for outstanding research in the field of basic and clinical medicine.

Schizophrenia: You hear voices in your head and think they are real. You can smell or feel things that are not there. Maybe you think someone is trying to poison you. You are often scared.

Bipolar disorder: You are depressed for some periods of time, then manic in other periods. And then you can have yet other periods where you feel completely normal.

While schizophrenia affects about one percent of Norway’s adult population, bipolar disorder affects one to two percent, according to the Norwegian Institute of Public Health. What happens in the brains of those persons who suffer from this kind of illness? Why do they react so differently to treatment? And is it possible to predict who will suffer?

Persons with the same illness have different brains

The method applied by Westlye and his colleagues is reminiscent of a three-year old child playing with building blocks: The first thing they do is to tear down everything we previously believed. Then they start on the laborious task of building a new castle.

“In the past, researchers have believed that a serious mental illness, such as schizophrenia, has the same cause in different people. But this is not necessarily true. When we examine the brains of people with schizophrenia, they look very different,” says Westlye.

“This suggests that the large groups of persons all with the same diagnosis actually comprise different types of illnesses with different causes,” he believes.

Confusing? Yes, perhaps. But for Westlye and his research group, this has been an eye-opener. As a result of this discovery, they can now continue their research without having to pay that much attention to diagnoses.

Claim that diagnoses are too loose

“Diagnoses are useful in a clinical context. They allow healthcare personnel to carry out treatment and communicate with each other. It is not necessarily wrong to diagnose patients, but these diagnoses may give the impression that persons with the same diagnosis have more in common than is the case.

Westlye believes that diagnoses have been allowed to establish premises within research. He and his colleagues are not following this path.

“Instead, we are looking for data about the body and the brain that allows us to redraw the map. We hope to be able to uncover new knowledge about disease processes.

If you are researching mental illness, it can be beneficial to also study persons who are healthy,” explains Westlye. The aim is to understand the processes that result in a higher or lower risk of illness among the population.

– For now, we do not have sufficient knowledge to predict who will develop mental illnesses. We can identify risk factors among some adolescents, for example those who have a mother or father with a mental illness. But even with such risk factors, the vast majority do not become ill, Westlye says.

Over the next few years, he and his colleagues will monitor participants in the Norwegian Institute of Public Health’s mother, father and child survey. This is one of the world’s largest health surveys, in which 114,500 children, in addition to a large number of parents, have been monitored since before the children were born. In 2020, the children will be aged between 11 and 20. The researchers want to monitor the brains of these adolescents.

“Only a very small percentage of these children will develop mental illness. But for those affected, it is in this age group that illnesses start to develop. We believe that the symptoms often appear some time after the illness has occurred, and it is therefore very important to understand how the brain changes,” says Westlye.

Believes there is something wrong with the brain

By taking images of the brain and analysing them, in addition to compiling and analysing a lot of other data, the researchers aim to identify common features in persons who subsequently develop a serious mental illness. They also aim to question why many do not suffer mental illness even when both their environment and genetics may point in that direction.

Moreover, the researchers aim to produce new knowledge on normal brain development throughout adolescence, a decisive factor in identifying and understanding discrepancies.

One particularly important aspect is to find links between brain development and genetic material. There are many different variants of every single gene in humans. These so-called genetic variants can be found in different people.

Is there a link between some genetic variants and the brain? Is it, for example, possible to associate specific genetic variants with a thinner cortex or weaker connections in the brain – believed to be risk factors for mental illness?

“Although current diagnoses are imprecise, we still believe that people with the same mental illness have something in common. We believe there is something wrong with their brains. But this probably involves several thousand genes. Using new methods, we can now calculate genetic risk factors based on large portions of the genetic material,” says Westlye.

Creating models of the brain

Nowadays, researchers have access to computer equipment that was merely a dream 10 years ago. It is now possible, for example, to investigate several million genetic variants in every single individual. Brain models can be developed, and brain networks and connections can be simulated. You can apply the trial and error method repeatedly until you find the answers you are looking for.

Westlye hopes that research in the long term will help develop improved and adapted treatment for the individual patient. He also hopes to identify risk factors that enable action at an earlier point in time.

Different treatment for patients with the same diagnosis?

“Personalised and targeted treatment is something that is discussed frequently in hospitals now. If you have a cancerous tumor, tissue samples and genetic analyses are carried out to find the right medicine,” he says.

“If, however, you get a diagnosis from a psychologist or psychiatrist, there is no routine for taking physical samples. No one scans your brain either. The diagnosis is based solely on your own words and any forms you fill in.

Frequently, patients with the same psychological diagnosis receive the same treatment but react completely differently,” he explains. As a result, many persons suffer mental illness for a long time.

“These illnesses represent a tremendous economic and social burden. Mental healthcare and research on mental illness must receive much higher priority than is currently the case,” he believes. At the same time, Westlye can see light at the end of the tunnel.