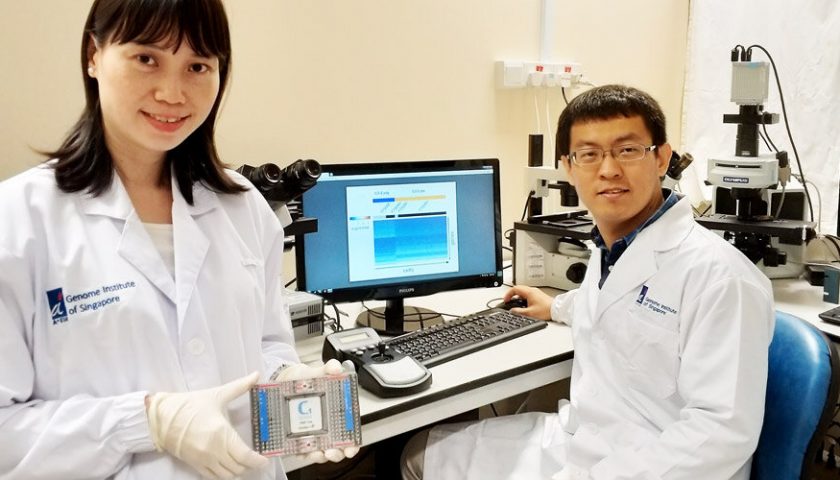 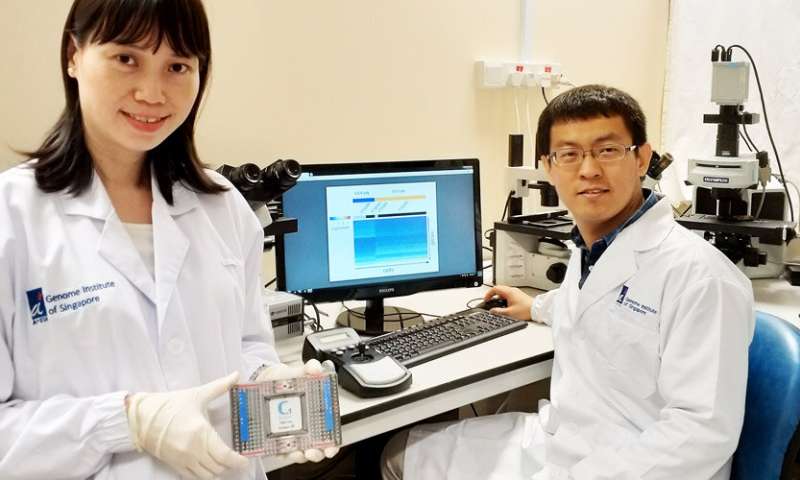 A tumor can contain remarkable diversity, where even neighboring cells may differ greatly in terms of the mutations they contain. A device that can overcome this heterogeneity by enabling efficient analysis of both DNA and RNA in individual cancer cells has been developed by researchers led by Say Li Kong and Axel Hillmer of the A*STAR Genome Institute of Singapore.

“The simultaneous sequencing of a single cell’s genome and transcriptome is a powerful means to dissect genetic variation and its impact on gene expression,” explains Kong. Such data can enable more accurate evaluation of how tumor cells evolve over the course of disease progression and acquire resistance in response to treatment. However, most strategies for parallel analysis of DNA and RNA are overly complex and only enable screening of small numbers of cells at a time.

Kong and Hillmer developed a platform they call CORTAD-seq, short for ‘concurrent evaluation of RNA and targeted DNA sequencing’. Much of the work is performed on a chip which contains multiple tiny fluid-filled chambers. Within these, individual tumor cells are broken up and their RNA and genomic DNA are isolated and prepared for sequencing.

As a demonstration, the researchers used CORTAD-seq to study an experimental model of acquired drug resistance. They treated a cultured lung cancer cell line with gefitinib, a commonly used drug, and performed a comparative analysis of pre-exposure cells and cells collected after different durations of exposure. CORTAD-seq enabled them to analyze thousands of genes and detect genomic mutations in more than 500 individual cells. This gave intriguing insights into how cells acquire gefitinib resistance.

Many of the resistant cells studied had acquired a mutation known as T790M, which is commonly seen in patients with gefitinib-resistant tumors. However, Kong notes that getting this mutation alone did not seem to have a major impact on gene expression. “Our study did not find tremendous transcriptomic differences between cells with or without the T790M mutation,” she says, adding that this indicates that other mutation or epigenetics changes may be necessary in addition to T790M to produce complete drug resistance.