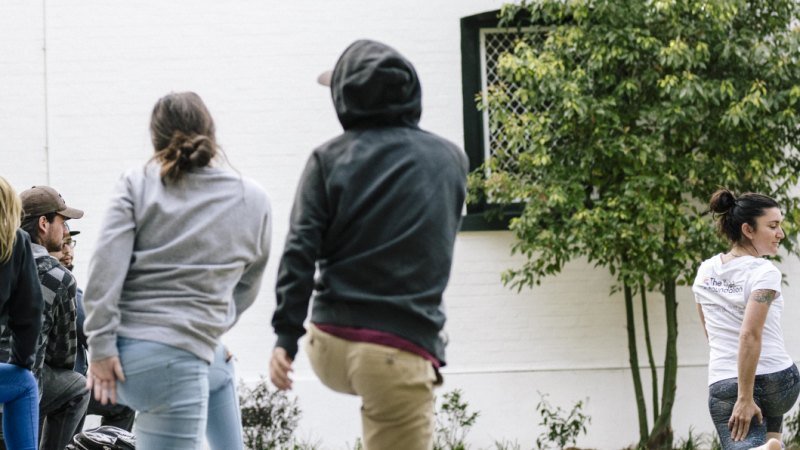 Their first class had barely begun before the participants in Youth Off The Streets' inaugural yoga program nearly ended in mutiny.

The group of 30 teenagers, hot and restless in the midday sun, weren’t interested. They complained about the bindis in the ground and, when five of the older boys flat-out refused to participate, their defiance threatened to engulf the group. 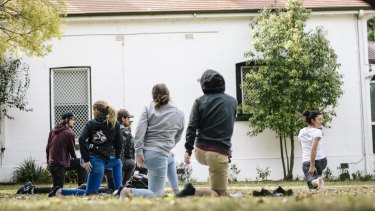 “It was hard,” yoga teacher Harriet Sciberras recalls. “It was a lot about putting out fires.”

Still Sciberras, who has a master's in health psychology, felt she had something to offer the group of teens from Merrylands who came from backgrounds of abuse, trauma, addiction, mental illness and homelessness.

A 2017 report examining the effect of yoga, meditation and breathing techniques on teenagers in the US juvenile justice system found they reduced anxiety, eating disorders and drug use. The practices also improved resilience, body image, participants' ability to self-regulate emotion, and their sense of agency.

Clinical psychologist Dr Helen Stallman, senior lecturer at the University of South Australia, says self-soothing techniques like deep breathing and self-talk, as well as yoga and meditation practices, “are not going fix all your problems” but “anything that helps you stay calmer and feel calmer helps”.

Alternatively, people might try to make their brain “feel better” by overeating, drinking, taking drugs and harming themselves when they don’t have the coping skills to “help navigate [their] emotions”.

“You can’t just go to yoga, you need to be able to ask for help as well,” Stallman says. “[But] it’s creating a suite of skills so you start to automatically go to those when you feel upset or angry.”

The program, which is run by the not-for-profit Yoga Foundation at five of Youth Off the Streets' independent high schools across Sydney, doesn't claim to fix everything, only to provide support and life skills.

Sciberras, who is returning to teach the program for a second year, recalls students who started off withdrawn, fidgety and "quite frankly depressed" and, by the end of the program were making eye contact, teaching poses to their peers and settling into the still of breath work.

“That’s something completely new to them – they’re really not out of that 'fight or flight' state often in their lives. Being still for even five minutes is a really big achievement,” she says, adding that, during relaxation parts of the class, some prefer to lie on their bellies with their eyes open because it makes them feel less vulnerable. 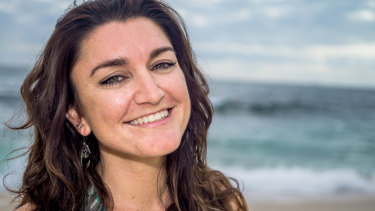 Melissa Davis, school manager at Bowen College in Sydney's Maroubra, where students have been taking part in the program, has also noticed the change.

“I don’t think it’s trivial at all. It helps them to feel centred and to escape their trauma,” Davis says. “It gives them independence to use those skills outside of school. It shows them they can do things. By the end there are kids standing on their hands. It gives them confidence, camaraderie and centring.”

Davis expects “100 per cent” of students will choose to return to the course this year.

“I don’t know if it’s attributable just to yoga but … I’ve never seen a group so settled and that wasn’t the case before I introduced yoga,” she explains. “You would have outbursts, kids going through class talking about smoking bongs. Definitely, the yoga helps the kids to mellow out a lot.”

Sciberras says the students often “make fun of it a bit”, but start to appreciate it when they realise “it is kind of hard”.

Not having it forced upon them also helps. "Everything I offer is a suggestion and, I say, 'you don’t have to do any of it. As long as you are here and respectful of others that’s fine'.” 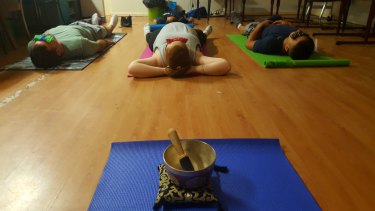 Each session starts with an invitation to bring awareness to the breath. Beyond that, the students often shape the sessions, discovering their power to shift the way they feel internally by physically shifting and learning to sit with less comfortable feelings.

Sciberras recalls a female student telling a story about how she had felt enraged and walked out of the classroom earlier in the week.

“What was so unbearable that you felt that was the only option?,” she asked the girl. “Would there be any other ways you could have dealt with it?”

To her surprise, the girl replied that she could have used the mindfulness technique they’d been working on and brought awareness to her five senses.

“She also said, ‘I stopped breathing, I could have slowed down my breath.’ That’s really empowering and makes it relevant. It’s not gymnastics on a mat. It’s coping skills.

“The typical response is to escape anger by closing down. This is helping to give them tools to show them they are capable of being with those sensations and thoughts and emotions.”