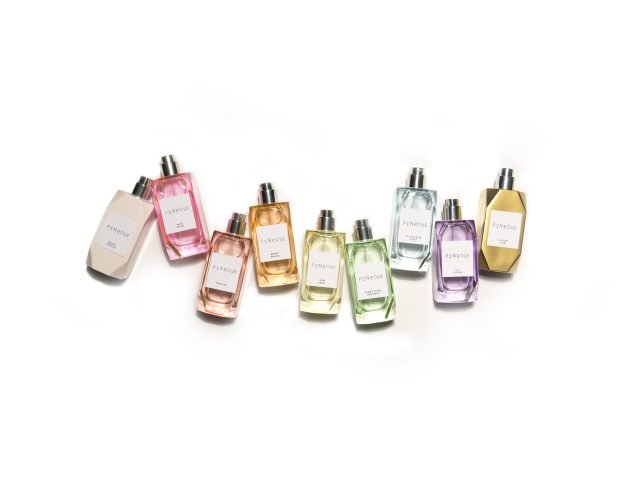 All the senses are required to sell fragrances online. Like rainbow hues and impossible-to-ignore music on the company's web site.
That's how digital native fragrance brands such as Phlur and Pinrose are making the most of their products.
"You smell first with your eyes, then you use your other senses to put scent into context," Eric Korman, chief executive officer and cofounder of Phlur, said during WWD’s Beauty Forum on Wednesday.
"Once we learned that, we thought, 'This is great.' We can use visuals; we can use music; we can use words, which is by the way all the things we gave to the perfumers as stimulation for them to create the fragrances in the beginning," he said.
Both Phlur and Pinrose wanted to create a fragrance platform that was devoid of pushy department store associates and the synchronous orchestra of smells that so often lead to decision fatigue.
But selling what Korman described as a "non-demonstrative" product through a screen comes with obstacles.
The solution: Stimulate the other scents during the purchasing experience, including sight and sound.
Phlur's nine signature scents come with color-coordinated product pages and Spotify lists.
"So you can literally hear the soundtrack to that fragrance," Korman said.
San Francisco-based fragrance company Pinrose had a similar strategy. Under each fragrance's description are Pinterest boards and playlists, giving the consumer an idea of what the scent "sounds" like.
"We wanted to create the world of the fragrance," said Erika Shumate, ceo and cofounder of Pinrose.
That means Sun Scent’s images are in shades of yellow, evoking a tropic, beachy vibe, while Pillowtalk Poet's page is full of blue tones and soothing sounds.
Unlike Korman though, who cofounded Phlur two-and-a-half years ago with his wife Cynthia, Shumate came from a science background. She studied the history of science and medicine in college, focusing on smell. It was there that she became "obsessed" with how fragrances are connected to memory.
"You smell something and you're immediately taken back to a place," Shumate said and said she was trying to replicate this feeling with the product dashboards on Pinrose's site.
In addition, both Shumate and Korman recognized another problem with the fragrance industry in general: option overload.
Luckily, this could easily be fixed in the digital world. Phlur operates by sending consumers three trial sizes a month for $18. Korman said the 2-mm. sample sizes are small enough so not to inundate shoppers and usually lead to full-bottle purchases for the scents they like.
Meanwhile, Pinrose's colorful web site is meant to make shoppers "feel at ease and like she's buying from a friend," Shumate said during the forum.
Most importantly, she wanted to create a platform that would make perfume lovers less afraid of trying new things.
"If I had a dollar for every friend who was like, 'Erika, I just need to find my signature scent.' And I’m like, it’s not your husband. You don’t have to have just one," Shumate said. "You can play with it."
Source: Read Full Article