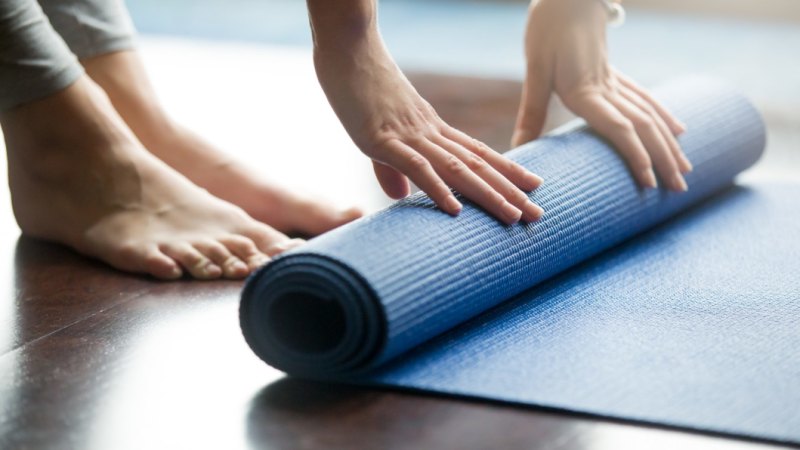 Women spend much more than men on fitness classes, such as pilates and strength training, a survey of people aged 14 and over has revealed.

According to data from Roy Morgan's Single Source survey released last week, 76 per cent of the 1.75 million Australians who spend money on exercise classes over a four week period are women. 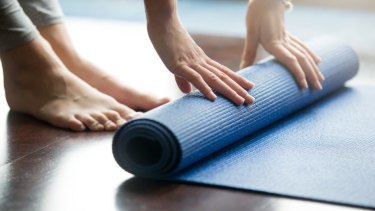 Women spend much more than men on fitness classes.Credit:Stocksy

Do women just do more exercise than men? Possibly, but not by that much.

A 2017 Australian Sports Commission report found 61 per cent of Australian women exercise at least three times a week, compared to 57 per cent of men. On the other hand, the 2017-18 National Health Survey found men were slightly more likely to engage in 150 minutes or more of physical activity each week than women (56.1 per cent compared to 54.7 per cent).

The numbers are fairly even for gym memberships. According to the Roy Morgan data, of the 3.14 million Australians who belong to a gym, 53 per cent are women.

Dr Kathryn Mills, physiotherapist and lecturer at Macquarie University's Department of Health Professions, said although women and men participate in physical activity at comparable rates, in her clinical experience women are more likely to participate in forms of physical activity "where there is a social aspect", although this does not mean their workouts are less effective.

"As long as you're moving in line with the WHO and Australian guidelines for physical activity, neither [social or solo] activity is preferable to the other," she said. "It's whatever it takes to get you exercising."

"Anyone who has ever participated in a yoga, spin or Body Pump class at their local fitness centre would probably agree that this is a pretty accurate representation of the gender breakdown in their classes."

"Although boxing isn't a sport that appeals to women more than men, it is a training method that does," Hales said, adding that many participants find boxing to be "empowering", and enjoy the interaction with the trainer and others in the class.

"That said, we're probably a lot more male heavy than some of the other group fitness providers out there … group fitness has always been predominantly female."

At Sydney's Flow Athletic gym, roughly 70 per cent of members are women. Director Ben Lucas attributed this figure to their focus on classes.

"I've been to pretty much every major class-based fitness thing around the world, and they are majority female, except for Crossfit," he said. "You go to spin classes, yoga classes … group-based exercise has more female participants."

Lucas said he believes men stay away from classes because, perhaps arrogantly, "they think they know how to do it themselves".

"Guys think they want something different [to what an instructor would want for them]. They want to use free weights because they 'just want to be big'. But women are more open to instruction, and are more likely to want to be generally fit and healthy."

Dr George said the popularity of group fitness classes for women can be attributed to the regular schedule they provide and professional guidance on offer, but also how the classes are marketed.

"Women have always been subject to societal pressure to look a certain way, and society’s perception of femininity and beauty changes constantly," she said. "Gyms and fitness centres are really capitalising on the 'strong is the new skinny' mantra, which is driven by Instagram fitness influencers and women’s health magazines."

However, like many personal services marketed to women, fitness classes are certainly not cheap. A 30-minute fitness class in Sydney can cost anywhere from to $15 for basic aerobics to $35 for something more equipment intensive (like reformer pilates).

Dr George said it is important to remember group fitness doesn't have to also give your wallet a workout, stressing finances shouldn't be a "barrier to participation".

"Grab a friend and go for a walk or a bike ride, or pick up a yoga mat and set of resistance bands and head to your local park to work out together."