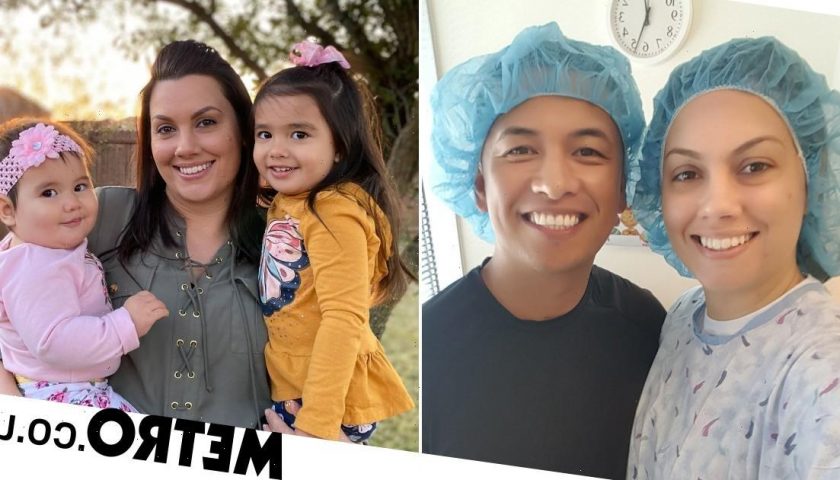 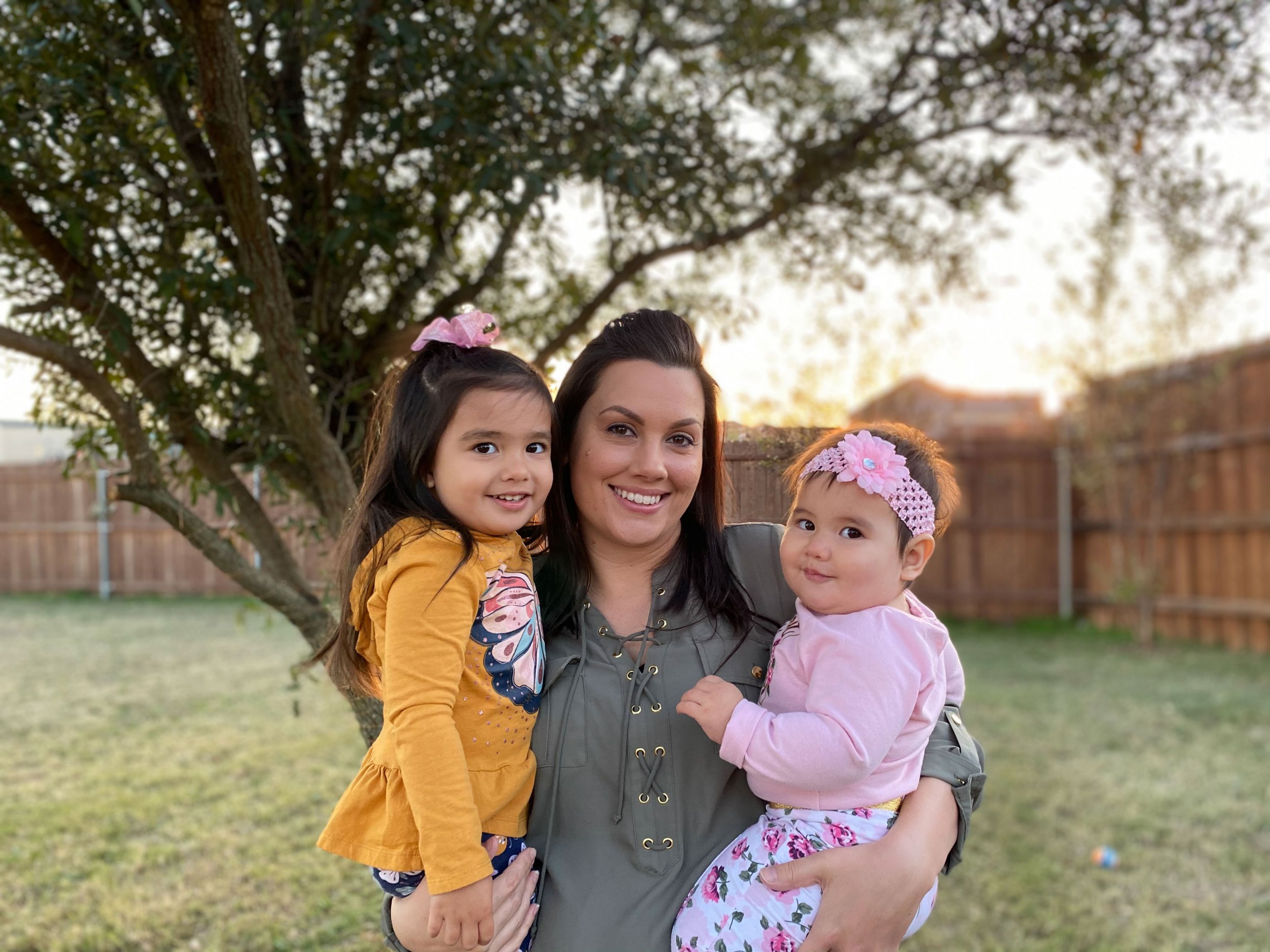 At just 14, Jennifer Dingle was diagnosed with Mayer-Rokitansky-Küster-Hauser syndrome (MRKH), a disorder that meant she was born without a uterus and therefore, could never carry a baby.

However, she’s gone on to make history, giving birth to two babies after a groundbreaking uterus transplant treatment.

The stay-at-home mum from Dallas, Texas, first learned about her condition as a teen, visiting the doctor after her period failed to arrive at the same time as her friends.

Jennifer, 33, said: ‘I had an examination, and they couldn’t see a cervix, so I was sent to a specialist. They confirmed I didn’t have a cervix but that I did have ovaries. After further tests, they discovered I had no uterus and was diagnosed with MRKH.

‘I was told I’d never be able to carry my own child, and if I wanted to have my own biological children it would be with a surrogate.

‘It was hard. Every little girl has that dream of getting married and having kids.’

With Jason’s busy military career – and the pair moving around the world where he was stationed – the couple’s plans for children were put on hold, but they never gave up hope.

Jennifer said: ‘Jason has always been incredibly supportive of my condition, I told him from the very start. He told me not to worry and that we would become parents no matter what.’

Then, in 2016 while they were stationed in Italy, Jennifer received an exciting call from her mother that would end up changing the trajectory of their lives.

She’d heard about uterus transplants during a gynaecologist check-up, but was told it ‘would be too risky’. But when Jennifer’s mum called saying she’d heard trials were being conducted, she was determined to take the plunge.

‘She had heard that Baylor University Medical Centre in Dallas, Texas, was looking for participants for a medical trial for 10 women to have a uterus transplant,’ said Jennifer.

‘I flew home right away to apply and get the progress started.’

Two months after applying in July 2016, Jennifer was told she was being accepted to take part in the trial – and swiftly moved back home to Texas in September to start the process.

Jennifer underwent an IVF cycle which created five embryos and, in November, the clinic had found a living donor who wanted to to donate her womb.

The transplant went ahead with a nine-hour surgery, and a month later Jennifer got to experience her very first period at age 27.

She said: ‘I was so happy to get my first period, but after a few months I realised that I wasn’t missing out on anything. At 27 years old, I’m googling about menstrual cycles. It’s so funny to think about.’

Then, a few months later, doctors asked Jennifer if she wanted to do something that no one else in the USA had ever done after a uterus transplant – try for a second child.

Four embryos remained, but sadly three attempts to transfer were unsuccessful, with Jennifer experiencing two miscarriages. She and Jason knew they only had one more try, and miraculously their last transfer was successful.

The mum made history after getting pregnant a second time in July 2019 – with adorable little Jade, now almost two, being born through C-Section at 38 weeks in February 2020, weighing 7lbs 7oz.

‘Even after the doctor confirmed it with blood tests, I went home and did several tests just to experience it myself, it was so surreal.

‘I’m the first woman in the United States to have two babies following a uterus transplant. So that is quite a conversation starter.

‘I’m so grateful to the woman who donated her uterus. She went through so much so that I could start a family and words can’t even describe how thankful I am. I did find her on Facebook, but we haven’t met up yet. Maybe one day we will.’

After Jade was born, Jennifer underwent a hysterectomy (as the transplant is temporary) but is still producing eggs – meaning they could opt to have another baby using a surrogate if they wish.

For now, though, the family is just enjoying being together, all thanks to the miracle of modern medicine.

Jennifer added: ‘One day when the girls are older, I’ll have to tell them the story about how they came into the world.

‘They’re our special little miracle babies. We couldn’t be happier.’