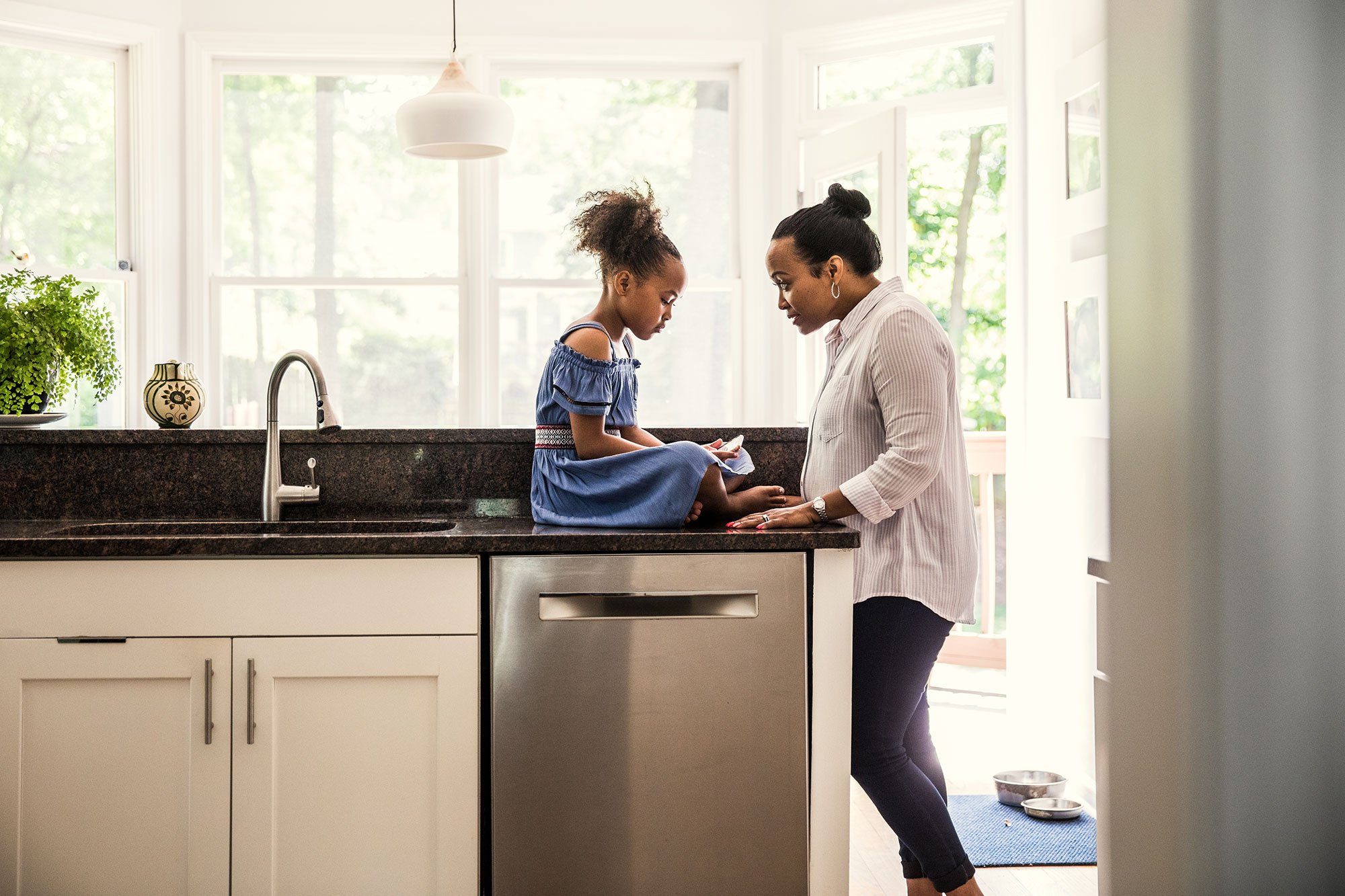 For many people, the new year means adopting a new diet and fitness regime. And while prioritizing one’s health sets a good example for kids, experts say parents shouldn’t discuss weight loss in front of them.

That’s because research has shown that kids whose parents talk about weight are more likely to have negative feelings about their bodies and experiment with unhealthy dieting behaviors.

RELATED: Is Homework a Waste of Students’ Time? Study Finds It’s the Biggest Cause of Teen Stress

One study looked at fathers and mothers with sons and daughters around 14 years old, finding that kids are more likely to control their weight in unhealthy ways and binge eat if their parents talk about weight loss in their presence. An earlier study indicated that parents who talk about controlling weight are more likely to raise high schoolers who are dissatisfied with their bodies.

“When parents are over-focused on weight, body image and dieting, it can lead to disordered eating, and can worsen [your child’s] weight status,” explains Dr. Stephen Cook, associate professor of pediatrics and internal medicine at the University of Rochester & Golisano Children’s Hospital.

While most of the research has examined adolescents between the ages of 11 and 16, some studies have shown that kids as young as 5 to 8 years old can have deep concerns about body image. A report from Common Sense Media found that more than half of girls and one-third of boys between between ages 6 and 8 think their ideal weight is less than their actual weight. What’s more, by age 7, some 25 percent of kids have attempted some type of diet.

In addition, up to 60 percent of kids who are overweight report being bullied by peers or family members, says Dr. Cook, adding that teasing does not motivate long-term behavior changes and can actually lead to depression and withdrawal.

So how should parents talk about their own weight loss with kids? They shouldn’t, according to Dr. Leslie Sim, an associate professor of psychology at Mayo Clinic.

It’s more impactful to model healthy behaviors, research has shown. Dr. Sim also tells PEOPLE that parents who still want to have a conversation with their kids about food should do so in terms of how it makes them feel.

“Frame it as, ‘When I eat a donut in the morning, I have a stomach ache and don’t have that much energy by 11 a.m., but when I eat scrambled eggs, I’m more productive,’ ” she explains. “Giving too much power to food, like insisting fat is bad, is a big problem.”

Dr. Sim also recommends “really [looking] into your reasons to lose weight, because a young child might think it’s about appearance or self-acceptance. Then, you can say things like, ‘Mom wants to go to the gym so she can get stronger and have more energy.’ “

Dr. Cook reiterates that parents should address nutrition and fitness from the perspective of behavior. “It’s not about your appearance or the number on the scale,” he says.

For parents interested in having their children engage in lifestyle changes in the new year, it’s doubly important to do so as a family — and never to tell the child to lose weight, Dr. Sim emphasizes.

For example, for families who eat too much fast food, snack around the clock, and don’t exercise or get enough sleep, Dr. Cook says parents can safely tell their kids, “We’re thinking about making healthier changes for all of us.”

Then, he advises having an “open discussion” with the child and by asking questions, such as “What do [these changes] mean to you?” and “Do you think that will help?”

“You can’t assume you know what your child’s thinking,” Dr. Cook clarifies.

Also crucial is to talk to health care providers about setting realistic goals based on the lifestyle changes. Many families get tripped up when they don’t see the results they want — but are what they should’ve been expecting all along.