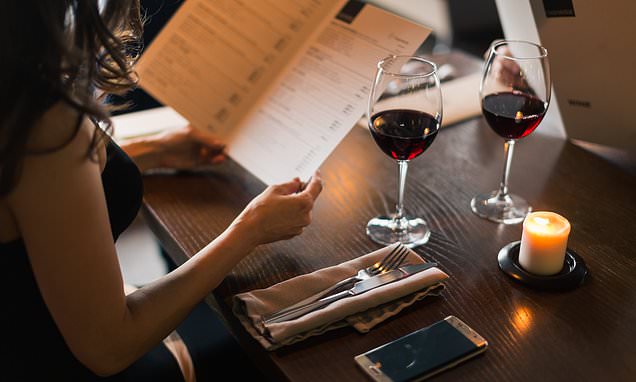 Drinking one glass of wine with dinner every night probably won’t stave off an early death, scientists now say.

For years a plethora of studies have suggested light alcohol consumption has health benefits.

But German academics tasked with reviewing the evidence on the topic believe the claims are wrong.

They say previous studies showing teetotallers have a higher risk of dying compared to moderate drinkers may have failed to consider other damaging factors like past alcohol abuse. 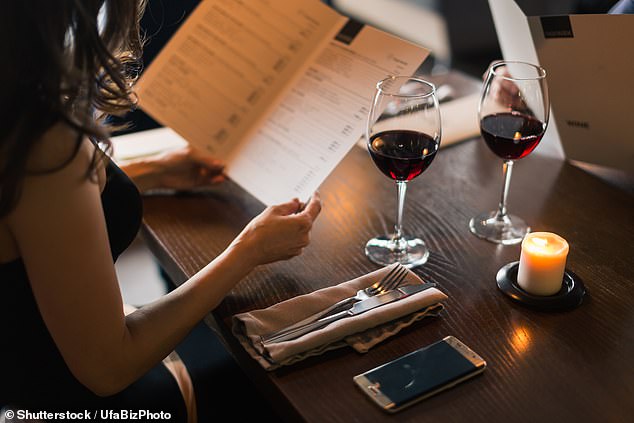 Downing a glass of red with dinner for health benefits? You may want to hold off. New research suggests that previous studies showing touting the health benefits of booze may not provide the full picture (stock image)

The participants were interviewed about their drinking habits in the late 1990s and then followed up 20 years later.

Of the volunteers, 447 reported not drinking in the past 12 months at the time they were originally interviewed.

But almost three-quarters reported having a risk factor known to contribute to early death such as smoking or being in poor health.

And 35 per cent had a former alcohol disorder, according to the findings published in the journal PLoS Medicine.

Once all these people were excluded in the re-analysis, there were 125 persons who did not drink.

In the 20 years that followed, scientists found no significant difference in the risk of dying compared to low and moderate drinkers.

Lead author of the study Professor Ulrich John said the findings suggested there was no health benefit to drinking alcohol.

‘It has long been assumed low to moderate alcohol consumption might have positive effects on health, based on the finding that alcohol abstainers seemed to die earlier than low to moderate drinkers,’ he said.

‘We found the majority of the abstainers had alcohol or drug problems, risky alcohol consumption, daily tobacco smoking or fair to poor health in their history, i.e., factors that predict early death.’

The research is the latest in an ongoing debate about if small amounts of alcohol are good for us or not.

In 2019 a landmark paper published in the Lancet stoked fears that consuming even small amounts of alcohol was likely to cause changes in blood pressure and increase the risk of a stroke.

This study overturned a mainstream theory that a regular glass of wine may actually be beneficial for heart health because of the protective antioxidants contained in the drink.

But researchers from University College London and the London School of Hygiene and Tropical Medicine have since claimed the Lancet analysis was flawed after failing to replicate the results.

The NHS advises that men and women should not to drink more than 14 units a week on a regular basis.

DO YOU DRINK TOO MUCH ALCOHOL? THE 10 QUESTIONS THAT REVEAL YOUR RISK

One screening tool used widely by medical professionals is the AUDIT (Alcohol Use Disorders Identification Tests). Developed in collaboration with the World Health Organisation, the 10-question test is considered to be the gold standard in helping to determine if someone has alcohol abuse problems.

The test has been reproduced here with permission from the WHO.

To complete it, answer each question and note down the corresponding score.

0-7: You are within the sensible drinking range and have a low risk of alcohol-related problems.

Over 8: Indicate harmful or hazardous drinking.

8-15: Medium level of risk. Drinking at your current level puts you at risk of developing problems with your health and life in general, such as work and relationships. Consider cutting down (see below for tips).

16-19: Higher risk of complications from alcohol. Cutting back on your own may be difficult at this level, as you may be dependent, so you may need professional help from your GP and/or a counsellor.

20 and over: Possible dependence. Your drinking is already causing you problems, and you could very well be dependent. You should definitely consider stopping gradually or at least reduce your drinking. You should seek professional help to ascertain the level of your dependence and the safest way to withdraw from alcohol.

Severe dependence may need medically assisted withdrawal, or detox, in a hospital or a specialist clinic. This is due to the likelihood of severe alcohol withdrawal symptoms in the first 48 hours needing specialist treatment.