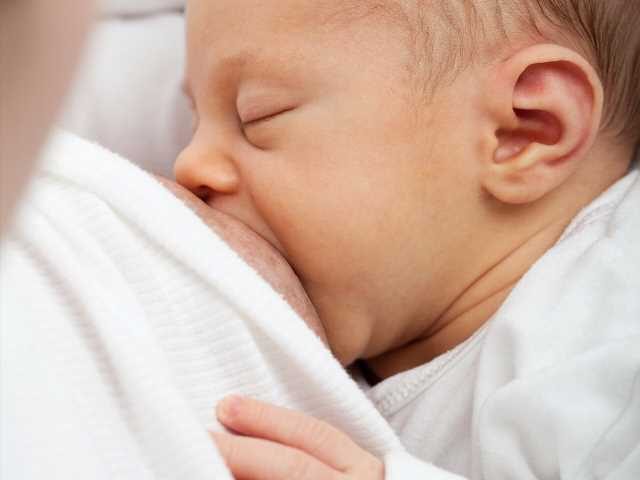 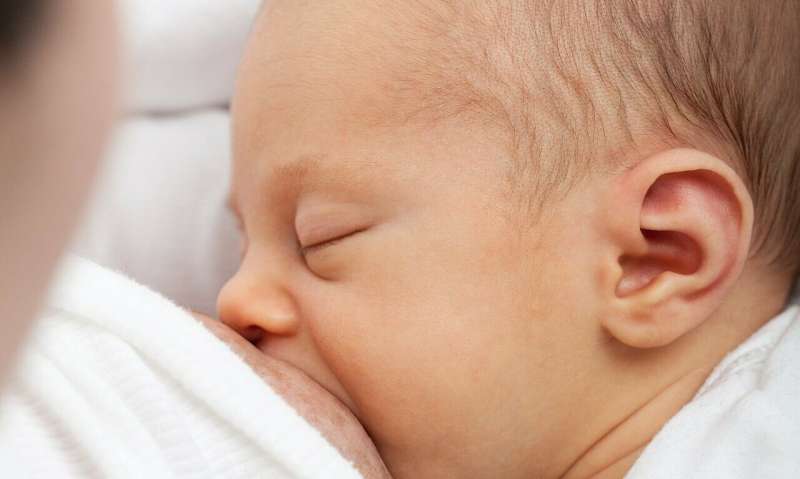 Human breastmilk has long been considered “liquid gold” among clinicians treating premature infants in a newborn intensive care unit (NICU). Breastmilk-fed “preemies” are healthier, on average, than those fed formula. Why is that true, however, has remained a mystery.

New research from the University of Maryland School of Medicine’s (UMSOM) Institute for Genome Sciences (IGS), published online in the journal mBio in June found it is not just the content of breastmilk that makes the difference. It is also the way the babies digest it.

The research, led by Bing Ma, Ph.D., Assistant Professor of Microbiology and Immunology at UMSOM and a researcher at IGS, discovered a strain of the Bifidobacterium breve bacteria or B. breve in the guts of breastfed babies who received higher volumes of breastmilk than their counterparts. Those preemies had better nutrient absorption because they developed an intact intestinal wall one week after birth. B. breve was much less prevalent in both formula-fed babies and breastfed babies with “leaky gut.” Babies with leaky gut do not develop a barrier to protect against bacteria and digested food from getting into the bloodstream. For the first time, the team also found that the way B. breve metabolizes breastmilk keeps breastfed babies healthier and allows them to gain weight by strengthening their underdeveloped intestinal barrier.

An immature or “leaky” gut can lead to necrotizing enterocolitis (NEC), which is the third leading cause of newborn death in United States and worldwide. In fact, NEC impacts up to 10 percent of premature babies with a devastating mortality rate as high as 50 percent.

“Our discovery could lead to promising and practical clinical interventions to strengthen the babies’ gut, and therefore, increase survival rates of the most vulnerable preemies,” said Dr. Ma.

Bifidobacterium in the gut or microbiome has long been known to have health benefits. It includes a diverse set of strains that have very different properties. Some strains are only found in adults; some are mostly in adolescence. One strain, Bifidobacterium infantis, has been seen predominantly in full-term infants.

The researchers followed 113 premature babies who were born between 24 and 32 weeks’ gestation. This study found Bifidobacterium breve (B. breve) only in preemies who had improved gut barrier function within one week after birth. Dr. Ma and her colleagues discovered that Bifidobacterium breve is genetically equipped to digest nutrients within the cell membrane rather than the more typical external digestion process in which bacteria secrete digestive enzymes onto nutrients to break them down.

At the most basic level, the gut microbiome in these breastfed preemies with more B. breve metabolizes carbohydrates differently than it does formula. The researchers say they hypothesize that this process of metabolism then strengthens and matures the intestinal barrier faster, protecting fragile newborns from disease.

“We now know that it is not the breastmilk alone that helps preemies develop their intestinal barrier faster,” Dr. Ma said. “We will need to find the best way to prophylactically administer B. breve early in life, rather than rely on transmission from breastmilk or even the mother’s gut or vaginal microbiota during the birthing process. This is especially critical in formula-fed preemies.”

Dr. Ma said that more studies are needed to determine if the B. breve originated in the breastmilk, gut, mother’s vagina, or even environment.