The tools that can improve our lives can also worsen them. This maxim is true for tech in general and can also be true for fitness technology. I am never more aware of this than in the lead up to a “fun” run or “adventure” race.

And this is because, for me, fitness tech can suck the fun and adventure out of the race. 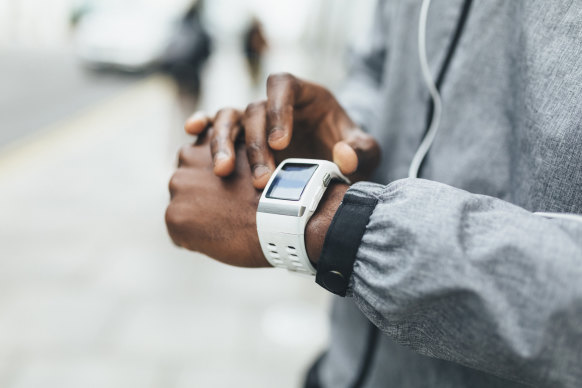 When fitness technology interferes with our enjoyment of exercise, it might be time to stop using it.Credit:Getty

Take Strava, for instance. I love it because it makes me accountable to myself. On the days I feel lazy, recording my run will make me go the extra kilometre or push myself that bit harder. I love that it shows me my progress too. I’m proud of myself for being a 41-year-old mother of two and running sub 50 minute 10 kilometres, something that seemed utterly unachievable only a few months ago.

Seeing others on Strava serves as inspiration too and encouragement to keep going.

But, I hate Strava because the gadgets we use to measure and enhance our performance can turn into tools we use to disparage ourselves with.

There are days I just want to run to enjoy it, to let my body decide how far or how fast it wants to go without the pressure of being measured and without feeling like a failure because I ran slower or a shorter distance than last week. And though I’m awed by the achievements of others, I’m aware of the risk of comparing myself to them and getting hung up on where I “should” be, but am not. Like progress is ever linear.

Activity trackers can be effective at increasing physical activity in a variety of age groups and health profiles, new research suggests. But, separate research found many participants reported that their gadgets caused them to feel under pressure to reach their daily targets (79 per cent) and controlled their daily routines (59 per cent).

The researchers, from University College London, quoted philosopher Lewis Mumford who first said that technology is both liberating and oppressive.

I’ve stopped running with tech all the time. Using it intermittently allows me to enjoy its benefits and track my progress without removing the joy of just running.

Tech can also disconnect us from something else that makes a fun run “fun”: other people and the carnival atmosphere.

Two years ago, as he was running past the starting line at the City2Surf Todd Liubinskas’ training partner and co-founder of the 440 Run club, Trent Knox, told him to hand over his watch.

“I had my Garmin on, and he goes ‘give it to me’ and he said ’just focus on your breathing,” recalls Liubinskas, who did his first City2Surf as a 7-year-old. 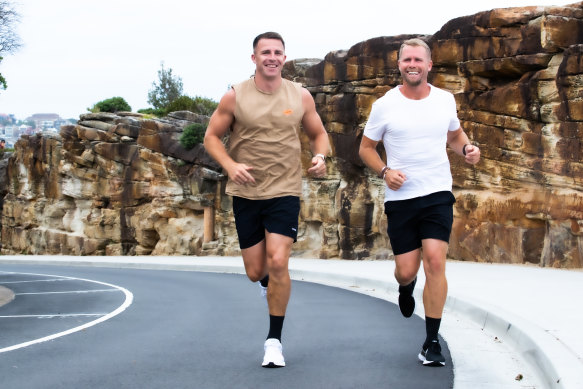 Knox says he could see that his friend, who shot out too fast, was already anxious about achieving his splits.

“I wanted him to get out of his head,” says Knox, who, along with Liubinskas, is leading the Under Armour run team at the race. Without the distraction of his watch and chronically checking his pace, he relaxed: “You can run a race a hundred different ways and get the same time.”

Liubinskas, whose goal was to run the 14 kilometres in under 70 minutes, did it in 64 minutes and managed to enjoy himself too.

“There will be people who will keep looking at their watch the whole time ‘Oh I’ve got to get this, and I’ve got to get that’ and you miss everything,” says Liubinskas, who hasn’t worn a watch to track his runs since.

With numbers for this year’s City2Surf lower than previous years, Knox has been asking people why they’re not signing up. They have told him, he says, they would prefer not to run because life, and COVID, have gotten in the way of training, and they won’t get a PB.

It’s a shame, says Knox: “It doesn’t matter if you’re not at your best, it’s about being together.”

Being together and, after COVID’s many variations as well as a nasty flu season, a celebration of being well.

A colleague of mine had been hoping to train for the event, but illness made a mockery of her plans. She has decided to run – or walk – anyway, and reset her expectations.

“I used to feel frustrated if I wasn’t able to jog up heartbreak hill – if I had to resort to walking,” she says. “But now I’m just so grateful to be well enough to participate at all (as a result of having had COVID) that I’m just happy to jog some and walk however much.”