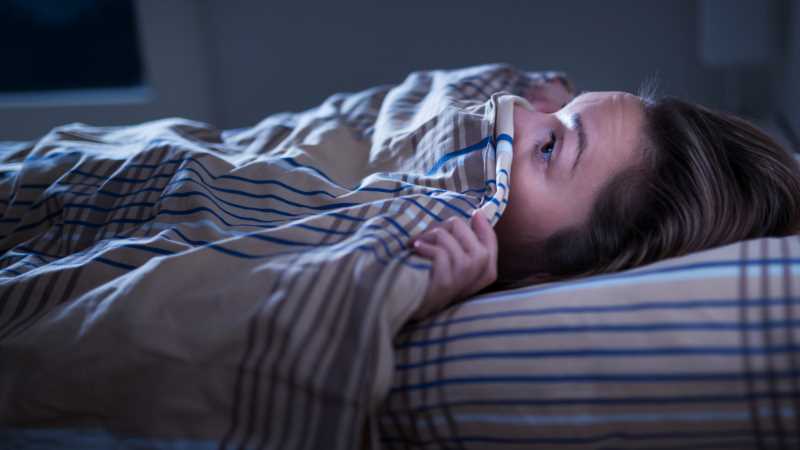 Your eyes spring open. Your heart pounds through your rib cage. You catch your breath as you realize you’re awake. The vivid imagery fades as you quiet your breathing. It was just a nightmare.

All of us can rattle off our worst, most memorable dreams – from being locked in a car that’s sinking into a lake, to being chased by a villain with a gun. But what exactly is a nightmare? According to Amerisleep, nightmares are vivid, intense, and scary dreams that can cause serious distress and anxiety. These dreams typically occur during rapid eye movement (REM) sleep, when the eyes move rapidly and the brain exhibits a lot of activity.

Nightmares are normal but, fortunately, uncommon for most. If you’re having nightmares frequently, such as every night or most nights of the week, however, it may be a sign of health issues. It’s therefore important to determine the root cause of your terrifying dreams. Otherwise, you might have a significantly harder time getting rid of your nightmares and getting better sleep. The worse your nightmares get, the worse your sleep patterns may become.

Common causes of nightmares include PTSD, menopause, and sleep apnea

The average person suffers from at least one nightmare per week, whether they remember it or not. Frequent nightmares, on the other hand, may be a symptom of post-traumatic stress disorder (PTSD). PTSD causes nightmares because the unconscious mind may be trying to make sense out of traumatic events that occurred in the past, according to Neil Greenberg, professor of defense mental health at King’s College London (via CNN).

A review published in the Frontiers in Neurology Journal demonstrated a link between nightmares and sleep apnea as well. For those who don’t know, sleep apnea is a sleeping disorder in which a person starts and stops breathing throughout the night (via Mayo Clinic). When the brain is deprived of oxygen, it can trigger dreams of suffocation and drowning.

If you believe that PTSD, menopause, or sleep apnea is causing your nightmares, contact your doctor. They may prescribe therapy or medication to alleviate the symptoms. If you have sleep apnea, your doctor may order you a CPAP machine, a device that pumps oxygen into your airways while you sleep, per Healthline. Hopefully, the right help will alleviate your nightmares.