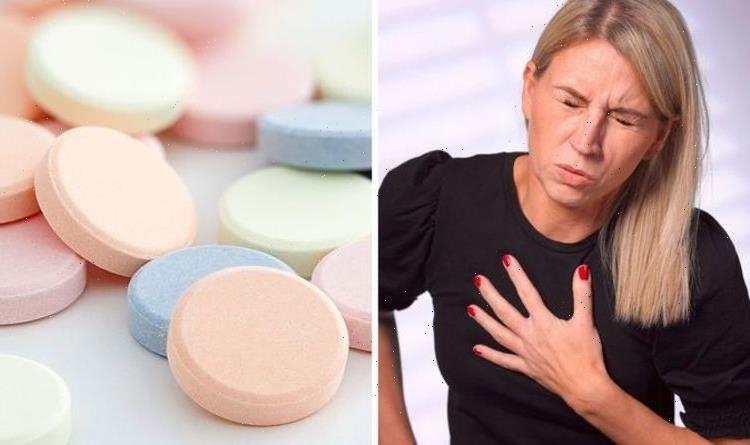 Acid reflux is a burning feeling in your throat and chest and sometimes comes with burping, bloating, hiccups, and feeling like you’re going to be sick or actually vomiting. But why does it happen, and can you fix the problem? Express.co.uk chatted to Dr Deborah Lee from Dr Fox Online Pharmacy to find out how to get rid of acid reflux.

After eating and drinking, the food and drink pass down your oesophagus (throat) and into the stomach.

Several hours later, your stomach contents pass on through your intestines.

In the normal or reflux-free body, this is a one-way system and your food and drink stay in your stomach.

However, acid reflux occurs when the acidic stomach contents pass up the wrong way, back into the lower end of the oesophagus.

The action of the lower esophageal sphincter (LES) is responsible for keeping your food and drink in your stomach.

So, if you are getting reflux, this means your LES is not doing its job properly.

Dr Lee said this might be because you’ve eaten too much, you’ve irritating the LES with alcohol, cigarettes or spicy food, or you’re putting too much pressure on the LES because you’re overweight or obese.

Acid reflux can also be caused by the following four factors:

Most people suffering from acid reflux have a combination of these factors.

If an attack of acid reflux is mild and only lasts a few weeks, it’s sensible to treat this yourself.

Start by looking at the underlying cause and putting things right.

For example, if it’s caused by your diet you can try eating smaller meals, following a low-fat diet, avoiding spicy foods, eating lots of protein and fibre.

Other things which can cause reflux include peppermint, coffee, alcohol, smoking, and carbonated water.

Obesity is a major risk factor for acid reflux, and losing weight is likely to significantly improve your symptoms.

If you have symptoms more than three days a week, for three weeks, you are strongly advised to see your GP.

See your GP sooner if you have reflux associated with any other symptoms such as food sticking in your throat, or unexplained weight loss.
The GP may suggest one of the following 4 treatments:

The first thing to do if you have acid reflux symptoms is to take antacids, Dr Lee said.

She explained: “These can be purchased over the counter.

“They contain either aluminium hydroxide, magnesium carbonate, or magnesium trisilicate. “Alternatively, some antacids contain alginates which coat the stomach and oesophagus to help give protection from an acid attack.

“You can get advice about these from your pharmacist.

“Antacids are generally safe to use, although magnesium-containing antacids tend to give diarrhoea, whereas aluminium-containing laxatives tend to cause constipation.”

Many people get relief from natural remedies, and there are plenty to try.
For example:

Your GP may prescribe medication such as omeprazole or lansoprazole.

Dr Lee said: “These are proton pump inhibitors (PPI’s), which means they inhibit excess production of stomach acid, allowing inflamed areas such as gastro-oesophagitis and ulcers to heal.

“They are generally safe and well-tolerated regarding long term use and their effect on the gut microbiome.

“Alternatively, you may be prescribed a drug such as ranitidine or cimetidine which is an H2 receptor blocker.

“These reduce gastric acid secretion and are also used to heal gastric and duodenal ulcers.”

If medical treatments fail, or you cannot take medication long term, you may be offered surgery.

One operation is called a Laparoscopic Nissen fundoplication (LNF) – this is keyhole surgery to tighten the LES.

Dr Lee said: “There are a variety of other techniques which can be carried out through an endoscope (flexible telescope) to bulk out or tighten the LES.”