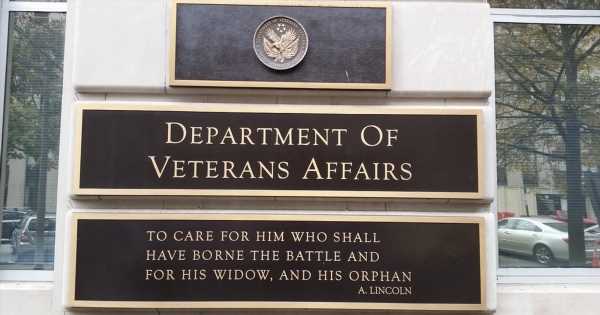 Reports emerged this week of a veteran hospitalized in March after a heart medication prescription went missing from his “active prescription” list.

As first reported by the Spokesman-Review’s Orion Donovan-Smith, clinical leadership at  Mann-Grandstaff VA Medical Center in Spokane, Washington, characterized the incident as a “sentinel event” upon reviewing the case.

The problem appeared to stem, in part, from a heart-failure medication that had been prescribed before the October 2020 go-live of a new Cerner electronic health record system at Mann-Grandstaff.

The drug had moved off a list of the patient’s active medications at the one-year anniversary of the prescription being written, and was not renewed as necessary.

“This likely contributed to his hospitalization in March of 2022” for decompensated heart failure, VA representatives told Healthcare IT News.

“Cerner continues to work closely with VA providers and staff to iterate on training and change management,” said Cerner representatives in response to requests for comment.

“Patient safety is top of mind and reinforces the need for all providers and staff enterprise-wide to leverage the clinical decision support tools available in the EHR,” representatives continued.

“Cerner is redoubling efforts with VA to ensure providers at all facilities are comfortable managing prescriptions in the new system through refined training,” they added.

VA representatives explained to Healthcare IT News that the veteran’s heart medication prescription could still be viewed under a “historical medications” area of the new Cerner system.

The prescription in question was “most likely already expired” in the VA’s legacy EHR system, said representatives.

“In terms of actions taken, VA healthcare professionals continue to maintain the current protocol for patient prescriptions: Prescriptions are scheduled to expire after a year, forcing medical providers to follow up with their patients’ progress,” they told Healthcare IT News.

“This is not viewed as an issue, but is the system working as designed to ensure proper oversight of medication therapies. Prescriptions are not given to patients without an expiration date,” they said. Providers should reconcile all medications during every encounter in order to verify and renew as needed, they said.

According to the VA, the hospital’s clinical leaders determined that the March incident met the definition of a sentinel event, given that it “led to the potential for temporary severe harm.”

The patient in question was discharged after five days in the hospital and is currently “confirmed to be well.”

“Mann-Grandstaff VA Medical Center is aware of two instances in which a legacy medication dropped off the active medical list at the one-year anniversary of the prescription being written. Both patients are known to be well at this time,” said representatives.

“Cerner has updated its training to emphasize the use case of non-Cerner-authored prescriptions (e.g., prescriptions authored in VistA, the VA legacy system, and migrated to the Cerner system) and how these can be viewed in the patient’s record,” they continued. “Cerner continues to work with VA on enhancements that will provide maximum visibility of prescriptions in these types of medication management situations.”

VA officials told members of the media in a press conference on Monday that they continued to get updates from both Spokane and the VA facility in Walla Walla.

Asked about potential patient harm from EHR errors, he said, “I am not aware of any other incident.”

Overall, he said, “I continue to believe that we have the budget authority we need over the life of this project.”

Medication management has been one of the concerns cited by lawmakers regarding the VA’s EHR modernization initiative.

In March of this year, U.S. Senator Patty Murray, D-Wash., issued a statement asking the VA to stop its planned March 26 go-live in Walla Walla. Her request followed reports released by the VA Office of Inspector General, one of which detailed allegations about medication management.

And earlier this month, Rep. Matt Rosendale, R-Mont., asked VA and Cerner leadership on Friday to implement what he called a “true” bidirectional interface between the EHR and its pharmacy module.

“We remain committed to working with VA to get this right for our veterans who are deserving of quick, safe and effective care,” said Cerner representatives.