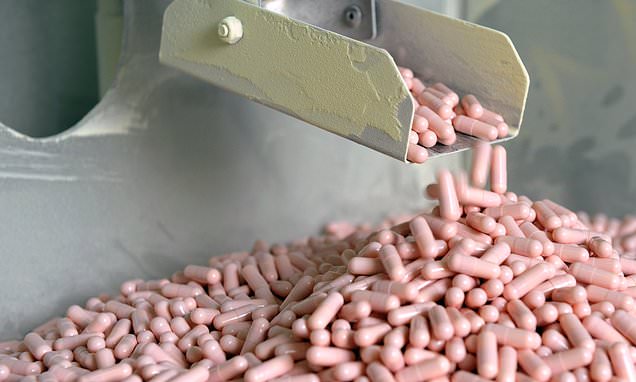 Taking a multivitamin every day can slow an elderly person’s cognitive decline by about 60 percent, a study has suggested.

Researchers at Wake Forest University in Winston-Salem, North Carolina, who carried out the three-year study said the pills likely helped because they prevented deficiencies of nutrients like vitamin D and zinc — vital for brain health.

It was the first-large scale research to suggest multivitamins can protect the brain in old age, but the scientists admitted more research is needed before they recommend elderly people to start using the pills daily.

Manufacturers and some scientists have been spouting the benefits of supplements for years, with the market already valued at up to $50billion annually in North America alone. Estimates suggest about 31 percent of Americans already thought to be at risk of at least one vitamin deficiency.

But the jury is still out on whether the tablets can benefit brain health. Some experts brand them a ‘huge waste of money’, while one warned earlier this month that some could even be triggering heart problems in people in their 20s. 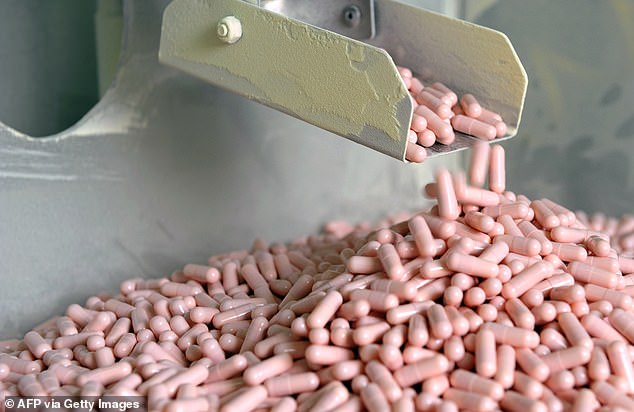 Scientists at the Wake Forest University School of Medicine in North Carolina looked at taking cocoa or multivitamin supplements over three years. They found those who got multivitamins had a slower rate of mental decline than others (file photo) 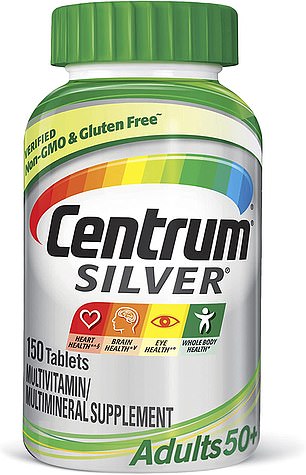 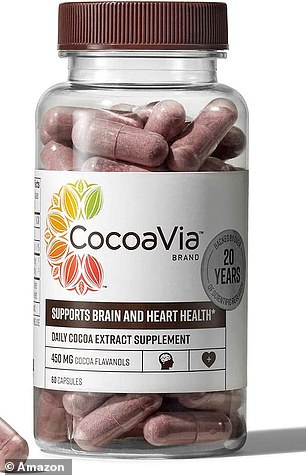 In the study, published Wednesday in Alzheimer’s & Dementia: The Journal of the Alzheimer’s Association, researchers recruited 2,000 people over the age of 65 who had no history of other medical conditions and did not take supplements.

Participants had an average BMI of 28, which classifies them as overweight, but not obese.

They were divided into four groups and asked to take either multivitamins once a day, a cocoa tablet daily or to avoid supplements.

People given the multivitamin received the Centrum Silver pill, made by Haleon, sold for about 19 cents-a-pill. It is aimed at the over-50s, and contains nutrients including vitamin D, calcium and zinc — which are all thought to support brain function.

Those getting cocoa received supplements from CocoaVia, owned by chocolate giant Mars, sold for about 66 cents-a-pill. It contains flavonols, that have been shown to reduce inflammation to help protect brain health.

Omega-3 fatty acids and Vitamin D3 are NOT elixirs of youth: Study finds

Scientists at the Brigham and Women’s Hospital, Massachusetts, behind the five-year research urged Americans over 50 years old to drop the ‘unnecessary’ pills Tuesday, and instead focus on exercise and the Mediterranean diet to protect their health.

Herbal medicine sellers argue that the supplements — sold by a $1.05billion industry — can help cut inflammation and slow age-related muscle loss, key risks for frailty. But scientific evidence for this is patchy, with the latest paper just the latest to suggest they have little benefit.

‘Regular exercise and the Mediterranean diet are proven strategies for prevention of frailty and should be encouraged for all older adults.’

Dr JoAnn Manson, an epidemiologist also involved with the research, added: ‘These new findings from VITAL are an important reminder that dietary supplements are not miracle pills or elixirs of youth.’

Each had their mental ability measured via phone interviews at the start of the study, and once a year for three years during follow-up.

Results showed that it improved over the first two years for all groups, which the scientists said was likely because they came used to the tests.

But by the third year an improvement was only recorded for the multivitamin group.

The study also found that daily cocoa tablets did not help slow the rate of cognitive decline.

The scientists said it was significantly better than those in the placebo group they were being compared against, who did not get any supplements.

They estimated it slowed aging in the brain by about 60 percent compared to those who did not get supplements, which was equivalent to nearly two years saved.

This was particularly pronounced in participants who had cardiovascular disease, they said, who are already at higher risk of cognitive decline.

‘[But] it’s too early to recommend daily multivitamin supplementation to prevent cognitive decline.

‘While these preliminary findings are promising, additional research is needed in a larger and more diverse group of people.

‘Also, we still have work to do to better understand why the multivitamin might benefit cognition in older adults.’

Earlier this month experts laid into over-the-counter vitamins saying while there was little evidence that they caused direct harm they may delay people seeing medical treatment.

Dr Douglas Scharre, a neurologist at Ohio State University, told UPI: ‘People have been using supplements for memory boosting for hundreds of years, and some are so common you find them for sale in a grocery store.

‘The truth is, for some people, these products may provide some benefit, but for most they do not.’

Dr Sarah Lock, senior vice-president of the AARP, added: ‘Supplements for brain health appear to be a huge waste of money for the 25 percent of adults over 50 who take them.

‘These people taking these pills are spending between $20 and $60 a month and flushing dollars down the toilet that could be better spent on things that actually improve their brain health.’

A study published earlier this month also found that the pills may be causing heart rhythm problems for people in their 20s.

Dr Danielle Belardo, a cardiologist in California, told Insider they were the most common reason people were coming to her clinic.

She said this was likely down to the poor regulation around their formulation and efficacy, leaving them with little literature revealing what may be the cause.