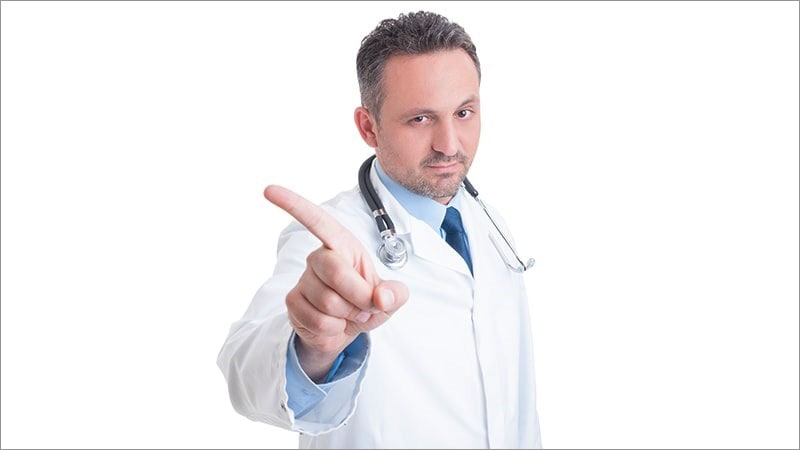 During the COVID-19 pandemic, hundreds of interventions have been prescribed, promoted, and, to varying degrees, studied. Of these interventions, only a handful have ultimately proved to be effective and safe. Officials from the Pan American Health Organization (PAHO) therefore agreed during a webinar that emergency situations should not be an excuse to abandon the ethical and methodologic precepts that regulate clinical research and the use of untested drugs in exceptional conditions.

“In practice, we have dealt with the feeling that certain rules work in normal times, and others apply during emergencies. The question is what those other rules are. What is not ethically acceptable is that, in an emergency, anything goes. We have an obligation to conduct rigorous research,” one of the speakers, Carla Sáenz, PhD, PAHO regional bioethics advisor, said in response to a query from Medscape Medical News.

Sáenz added that rigorous research may be more difficult or may take a little longer, “but what takes longer is not doing research but to keep giving something, believing that later it will be shown that it works, and then it doesn’t work,” she clarified.

Ludovic Reveiz, who is responsible for the Knowledge Translation Program of the PAHO Department of Evidence and Intelligence for Action in Health, agreed. He has a master’s degree in clinical epidemiology and a doctorate in public health. “Doing things right shortens time instead of lengthening it. When the methodology is followed, results are achieved more quickly,” he said.

This does not seem to have been the most widely adopted approach in the early days of the pandemic, during which time hundreds of thousands or millions of patients were exposed to harmless as well as potentially dangerous drugs and other products. This happened through low-quality clinical trials or discretionary off-label indications of drugs already approved for other conditions, as has been the case with ivermectin and hydroxychloroquine. The opinion or beliefs of professionals often guided treatment that went beyond the evidence.

For José Luis Castro, who holds a master’s degree in pharmacoepidemiology and is international advisor at the PAHO Medicines and Health Technologies Unit, the pressure generated by the emergence of health events or situations for which there was no clear therapeutic approach is understandable. Added to this, there is the feeling conveyed by the media and social networks that doing something is better than nothing, “whatever that something may be.

“But doing it right takes less time than doing it wrong. We forget that these wrong interventions have consequences. It is not free of risk: time is wasted, and they can cause damage to health,” said Castro, who also shared the results of a pharmacovigilance study in five countries in the region (Colombia, Chile, Peru, El Salvador, and Cuba) at the meeting. This study identified nearly 3500 adverse reactions to azithromycin, hydroxychloroquine, ivermectin, and other drugs used without evidence for efficacy against COVID-19 before August 31, 2020. Of those adverse events, almost 12% (415) were classified as serious. The study is about to be published in the Pan American Journal of Public Health.

The PAHO summary of evidence on potential treatments for COVID-19 has been updated 37 times to date, and it is critically evaluating more than 200 interventions on the basis of an analysis of around 700 clinical trials, one of its leaders, Reveiz, summarized. For most treatments, including those promoted widely, there is still uncertainty about benefits and harms.

Some cause harm, although the level of certainty is variable. Very few get the green light for certain benefits with moderate to high certainty: corticosteroids, oral antivirals, and monoclonal antibodies. The appearance of new variants could affect the effectiveness of the latter.

“At the beginning of the pandemic, especially in the first year, a large number of interventions started to be given without any evidence and based on hypotheses and very poor-quality observational studies. Most of this happened because interventions were there, because something had to be done. But in light of current evidence, they did not have any kind of positive impact on patients, they could have negative effects on some people, and in many cases, we don’t even know because it wasn’t measured,” said Reveiz.

Most of the interventions that were used turned out to be useless or risky. In contrast, Reveiz noted that very few groups administered corticosteroids until the positive results were published in June 2020. “Research is key in these aspects,” he emphasized.

Sáenz highlighted that in exceptional circumstances, unproven interventions can be used outside the context of clinical trials, always under a framework that ensures adequate ethical and regulatory monitoring, while generating evidence. This is what the World Health Oreganization has described as “monitored emergency use of unregistered and experimental intervention” (MEURI), a framework developed after the 2014 Ebola outbreak and that had not been adopted previously in the region.

Medications and other unproven interventions “cannot be given, as they say, in God’s way,” Sáenz stressed. According to the MEURI framework, four requirements must be met: (1) justification: a favorable risk-benefit profile has been established; (2) there is ethical and regulatory oversight; (3) there is a process for ensuring informed consent; (4) the process generates evidence, that is, use of the intervention is monitored and its results are documented and shared with the medical and scientific community in general.

For Sáenz, the COVID-19 pandemic has taught, among other lessons, that the MEURI framework must be applied in a “strictly” exceptional manner and that the collection of evidence may be delayed. An example has been the use of convalescent plasma, which in the United States has been administered to 100,000 people under an expanded access program since the end of March 2020. “A clinical trial with less than a hundred times that number of participants showed that this intervention did not work. For this reason, randomized clinical trials must always be prioritized,” the official pointed out.

She added: “During the pandemic, interventions have been offered as if they were within the MEURI framework, but without adherence to the required ethical criteria. If they had been followed, I could count on one hand the treatments that were justified. That cannot happen again in another health emergency.”

“Shortcuts Are Tempting and Dangerous”

Pablo Richly, MD, director of the Center for Brain Health, in Quilmes Province, Buenos Aires, Argentina, has been an active advocate on social media of the importance of evidence and a critic of unproven interventions against COVID-19. He often says that his Twitter account during the pandemic can be compared to the famous Simpsons meme, Old Man Yells at Cloud ― someone whose yells fall on deaf ears and who experiences misunderstanding or rejection.

“A lesson from the pandemic could be that the popularity or diffusion of treatments was inversely proportional to the quality of the evidence of efficacy,” he tweeted, for example, on August 25.

Speaking to Medscape, Richly recalled the phrase from an article in Science by bioethicists Alex John London, PhD, and Jonathan Kimmelman, PhD, when a little more than a month had passed since the pandemic had been declared: “Crises are no excuse for lowering scientific standards.”

The authors were right, but they were ignored.

“The lesson learned should be that shortcuts are tempting and dangerous. Those who promote them are usually ignorant or people with personal interests, which can be ideological, political, or economic,” argued Richly.

Medscape asked him whether, beyond “spurious” interests, many doctors could have acted on an inner conviction that trying something, even without evidence, is better than adopting a wait-and-see approach and whether there is something within their professional training or character or a social pressure that moves them to action.

“It’s clear that interests are not always conscious choices but can manifest as a bias linked to emotional factors. We are all vulnerable, so open discussion based on public data is the best way to prevent a lack in evidence from serving to reinforce bias. Ethics are key to science, but when the discussion turns into just a moralistic debate (for example, arguing that doing nothing is equivalent to letting people die), this is no longer public health,” replied Richly.

Reveiz, Saenz, and Castro are officials of the PAHO. Richly has disclosed no relevant financial relationships.

This article was originally published on Medscape Spanish edition.