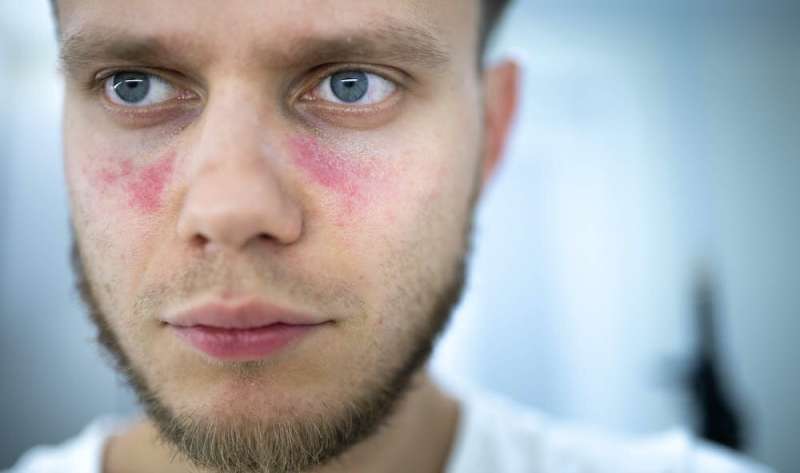 When real patients have unprecedented positive outcomes to a new treatment, it’s tempting to talk about it as “breakthrough” for medical science. This describes the excitement around a new report from researchers in Germany of a radical new treatment for lupus.

So what is lupus, why is this such big news, and what could it mean for other patients and diseases?

Lupus and the immune system

Around 5 million people are affected by some form of lupus worldwide. The most common form of lupus is technically known as systemic lupus erythematosus. Though not widespread, it is more common than multiple sclerosis (MS). Both are “autoimmune” diseases where the immune system attacks its owner instead of the germs it is supposed to fight.

MS is an autoimmune disease where the immune system attacks nerve tissue. In contrast, lupus can affect any organ in the body. Treatments for lupus have been so poor for so long that even wealthy and famous people with the disease—like pop star and actor Selena Gomez—have had organ failure resulting in the need for a kidney transplant. A lot of complicating factors have made it hard to improve outcomes for people with the disease.

Firstly, the variety of tissues lupus can affect means no two patients are exactly alike. Diagnosis is hard and often delayed. This also means we researchers have to deal with a lot of complexity as we try to work out what is causing the disease.

This clinical variability makes measuring improvement in response to treatment difficult, and many clinical trials have likely failed due to measurement issues.

Second, there is variation between patients in which part of the immune system goes wrong. This means different patients will need different treatments—and we still do not know with certainty how to get this right.

But progress is happening fast.

The immune system is in two parts.

The “innate” immune system responds fast but non-specifically to viruses and other germs that hit the body with a slug of germ-killing inflammatory proteins. The “adaptive” immune system is slower but more precise. It swings into action after the innate immune system and provides long lasting defense against the invading germ.

When you are vaccinated against a disease (such as COVID), the fever and aches you might get in the first day or two is your innate immune system at work. But the long-lasting protection from antibodies is provided by a part of your adaptive immune system, a key part of which is delivered by cells called “B cells.”

In lupus, both parts of the immune system are involved, and both have been successfully used to develop medicines. Earlier this year, the Therapeutic Goods Administration approved anifrolumab, a drug which blocks “interferon,” a crucial protein made by the innate immune system.

Another drug which works on B cells of the adaptive immune system, called belimumab, was approved a few years ago. Unfortunately, neither drug is on the Pharmaceutical Benefits Scheme yet so access is extremely limited.

However, we now know that interferon and B cells are both important, and so very strong treatments that almost completely eradicate either could be useful. That is where this potential new treatment comes in.

Treatments to destroy B cells are used in cancers like lymphoma. The most powerful of these uses CAR-T cells, which train a type of natural cell to be an assassin of the B cell.

CAR-T medicines are highly complex to make, and extremely expensive—but they work.

Now, this new report shows targeting B cells using this approach could be effective in lupus too. Building on a first-ever patient treated in this way by the same group a year ago, doctors in Germany created a “homemade” CAR-T treatment and used it in five patients with severe lupus.

Remarkably, all five patients had near complete eradication of disease, allowing them to stop conventional medicines, like steroids, with potentially harmful side effects.

What this means for other patients

So what does it mean for patients in Australia? Well, most centers aren’t able to make their own CAR-T treatments, so delivering this potential treatment will require a commercial approach.

However, it might be quicker to market than other treatments in development as it takes a proven approach into a new disease, rather than being new from the ground up.

One day we might even be able to extend such treatments to other autoimmune diseases, like MS, where B cell-directed treatments have been helpful, as well as in lupus.

This would need to be balanced against risk. Importantly, short term side effects of CAR-T treatment (which include brain and bone marrow problems) can be severe. For this reason, such a treatment would only be used for the most severe cases in which standard treatments have failed, like the patients in the German trial.

Long-term side effects are also unknown at this time, and of course suppressing the immune system so profoundly in the setting of a pandemic is not without major risks.