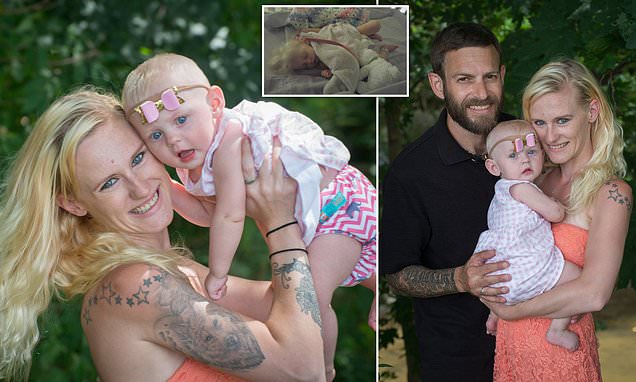 Toddler who was nearly killed by COW’S MILK: Two-year-old developed anaemia and severe internal bleeding due to a rare side effect after drinking six bottles a day

A mother has warned about the hidden dangers of cow’s milk after her daughter allegedly nearly died from drinking too much of it.

Mrs Gencarelli, from Ontario, Canada, said the youngster suddenly lost her appetite, went pale and became lethargic and breathless at the start of the month.

Her symptoms caused doctors to believe she was suffering from an infection, so she was prescribed antibiotics and sent home.

A week later, when the drugs had no effect and the youngster’s health deteriorated further, Mrs Gencarelli said her ‘mother instinct’ kicked in.

She took her Mia to hospital where doctors revealed the child was suffering from iron deficiency anaemia and internal bleeding.

Medics realised the conditions were caused by too much cow’s milk after her mother revealed she drank between four and six bottles a day. 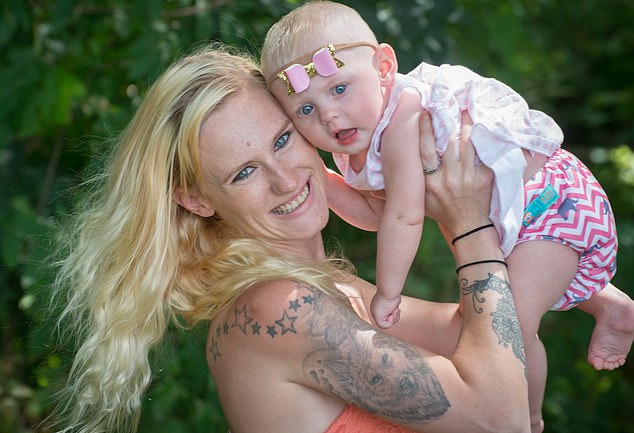 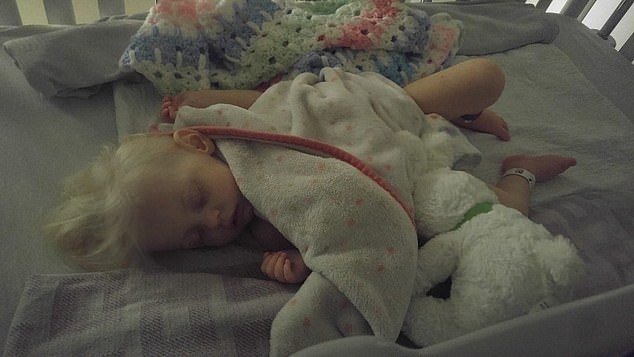 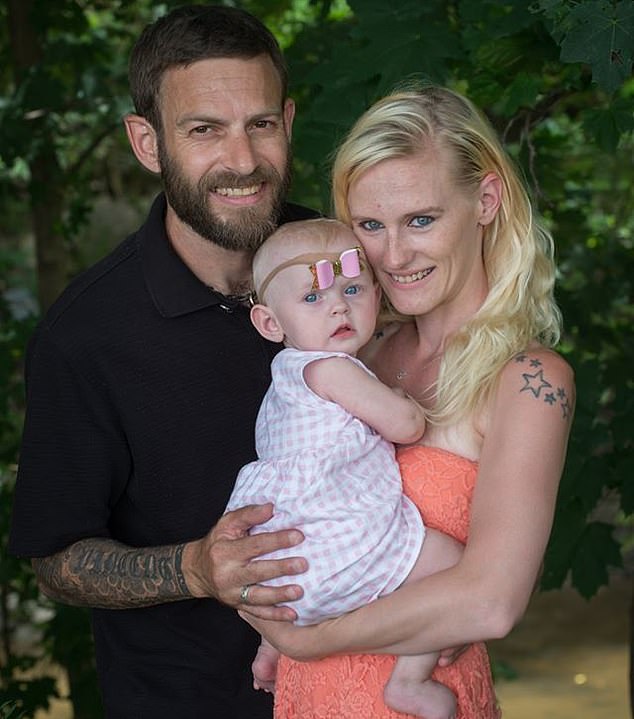 Iron is important in the formation of haemoglobin, responsible for transporting oxygen in the blood.

When there is a lack of the mineral, haemoglobin levels plunge, causing tiredness, weakness and lack of energy.

Left untreated, it can become life-threatening if vital organs do not receive enough oxygen.

In rare cases, particularly in infants, iron deficiency can be triggered by drinking too much milk because it blocks the absorption of the mineral.

Other calcium-rich foods such as yoghurt, cheese, sardines, canned salmon, tofu, broccoli, almonds, figs, turnip greens and rhubarb can have the same effect.

Youngsters also have a hard time breaking down lactose in their small intestine, and too much of it can lead to intestinal bleeding, the NHS says.

Doctors revealed Mia had lost three quarters of her blood due to her internal bleeding in her damaged organ.

In a lengthy Facebook post, Mrs Gencarelli, who is also mother to son Sawyer, six, recalled the entire ordeal.

‘You have heard of not giving a baby too much water well don’t give them too much milk either. 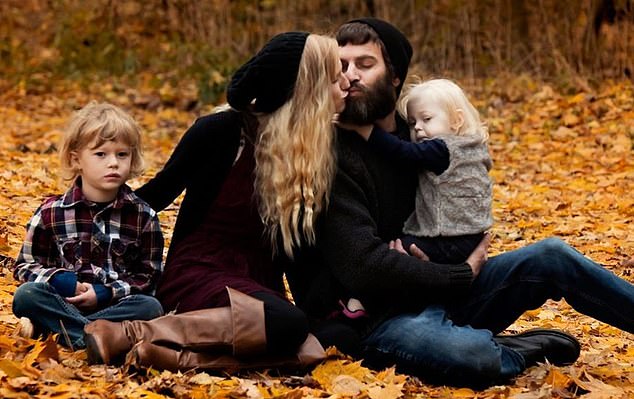 But a week later, when the drugs had no effect and Mia’s health continued to deteriorate, tests revealed she had iron deficiency. Pictured: The family with son Sawyer, six 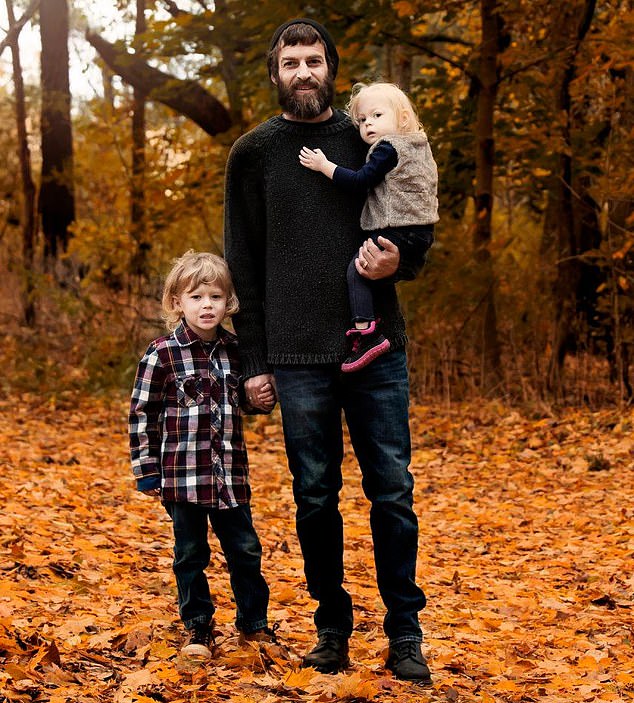 ‘Cow’s milk in excess will actually strip your body of iron – iron is what makes blood, no iron no blood.

‘This is something that happens so gradually you do not know til it is almost too late.

‘This is something 90 per cent of the average person didn’t know about and something only really paediatric doctors/nurses have heard and dealt with.’

Mia needed a full blood transfusion and has been prescribed iron tablets to restore levels of the mineral in her body.

Doctors have also told her parents to restrict her to just two bottles of milk a day.

Her mother said she felt guilt and shame after watching her child go through the ordeal.

She warned others against making the same mistake and told them to always trust their ‘mother instinct’.

The photographer added: ‘Please if this nothing more than extra knowledge in your mom tool box amazing if it saves you all from the fear, the scare, the terror of watching your child the way our child was spread the news that milk anemia is a thing.

‘And always trust your mom gut – cause a few more hours, one more day and this would be a very very different post.’

‘She is still not safe yet. She will need to be on iron for the foreseeable future, she will not be allowed more than two bottles or 8oz portions of milk a day. She almost lost her life.’

WHAT IS IRON DEFICIENCY ANAEMIA AND HOW CAN MILK CAUSE IT?

Anaemia is when the number of red blood cells is less than normal.

Iron deficiency anaemia is a specific type caused by a lack of the mineral in the body.

Iron is important in the formation of haemoglobin. A reduced level causes a haemoglobin in the blood to plunge.

Haemoglobin’s main purpose is to carry oxygen around the body.

If the body does not receive enough oxygen, various symptoms occur.

These include tiredness, weakness and lack of energy. If the anaemia becomes more severe, it can become life threatening.

Iron deficiency anaemia is the most common form of anaemia.

Iron is present in many foods that we eat, such as red meat, fish and leafy green vegetables.

If someone’s diet does not contain enough of these foods, they can develop iron deficiency anaemia.

It can also be caused if someone drinks a lot of cow’s milk. This is because cow’s milk blocks the body’s ability to absorb iron and causes small amounts of blood loss from the intestines.

Iron deficiency can also develop because of long-term blood loss such as might occur in some girls when they start to have periods if they cannot replace the iron lost in periods.

What are the signs and symptoms of iron deficiency anaemia?

Some children with mild anaemia do not show any symptoms at all, but common signs and symptoms include pale skin, lack of energy and breathlessness.

How is iron deficiency anaemia treated?

The most common treatment is a course of iron tablets or liquid to be taken by mouth.

There are ways to increase the amount of iron in the diet as well as medication. Foods rich in iron include:

If you have any questions about how to improve your child’s iron intake, you could ask for a referral to a dietician either in your local community or at your local hospital.