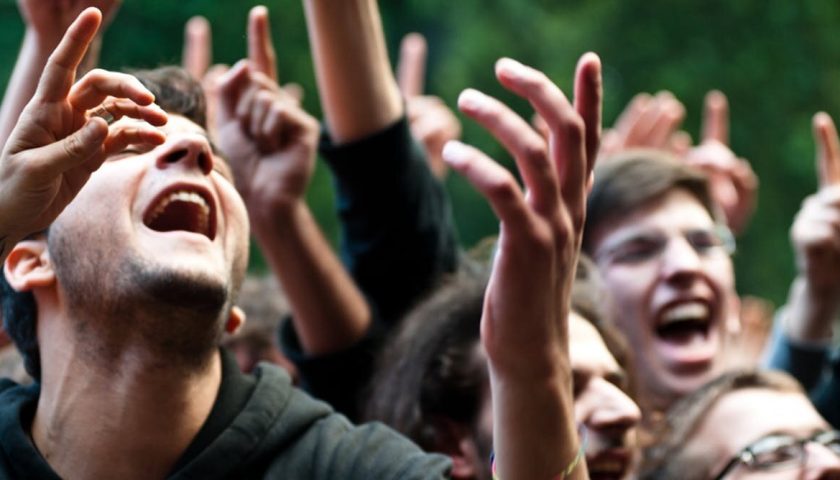 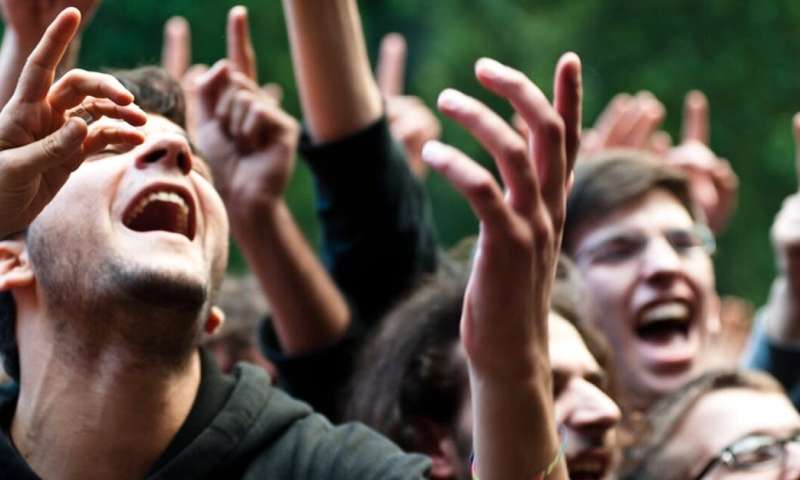 Production of the reality TV show The Masked Singer was shut down last month after several crew members were infected with COVID-19.

It’s one of several examples of COVID-19 transmission associated with singing around the world since March, prompting some jurisdictions to ban group singing altogether.

In New South Wales, for example, choral singing is banned and there are no-singing rules at weddings and nightclubs.

Now our new study, which included filming droplets and aerosols emitted when someone sings, shows how singing might be an infection risk. This is especially if many people sing together, in a poorly ventilated room.

What we did and what we found

We took high-speed video of a person singing a major scale, as do-re-mi-fa-so-la-ti-do (seen below, without audio). We then tracked the emissions of droplets and aerosols.

We found certain notes, such as “do” and “fa,” generated more aerosols than others. We also found the direction of emissions changed with different consonants.

Infection control guidelines assume respiratory droplets settle rapidly within one to two meters of the person emitting them.

However, most droplets we observed appeared not to settle rapidly, and tended to follow the ambient airflow.

Therefore, without adequate ventilation, these droplets may persist in aerosol clouds.

These observations may partially explain the higher infection rates of COVID-19 during group singing, even when people singing appear well.

Our findings are based on one person singing and individuals may generate aerosols differently. However, our findings apply to singing in any groups, such as churches, schools and social gatherings, all of which are vulnerable to outbreaks of COVID-19.

What is it with choirs?

We’ve known since March of the potential for group singing to transmit SARS-CoV-2, the virus that causes COVID-19. In this well-documented US example, 87% of 61 people who attended one 2.5 hour choir practice became infected, with two deaths. One singer had mild symptoms during rehearsal.

Now our research adds to the growing body of research looking at the transmission risk of singing and the role aerosols might play.

We know social distancing is effective in reducing the risk of spread during normal social interactions. However, singing in a group and in closed, poorly ventilated environments may generate more aerosols than speaking.

When we sing, we vocalize louder and often hold notes for longer. This, together with many singers close together in confined spaces for an hour or more, create conditions that may increase the spread of SARS-CoV-2.

When researchers analyzed results from the US choir example, they estimated the infection risk could have been halved with a shorter choir practice.

We tend to think of only coughs or sneezes as the primary source of generating aerosols. But even breathing generates aerosols, albeit at lower concentrations.

In fact, we breathe and speak much more than we cough or sneeze. So the cumulative aerosol exposure for a group of people singing and talking, without coughing or sneezing, in a closed environment may be higher than from a single cough.

How can we sing together, safely?

We’ve seen online choirs as a safe alternative to traditional ones.

Other options for safer group singing now and in the future include:

Some people recommend wearing face shields while group singing. But these allow you to breathe in aerosols through the gap underneath, which may be even more likely with the powerful inhalations during singing.