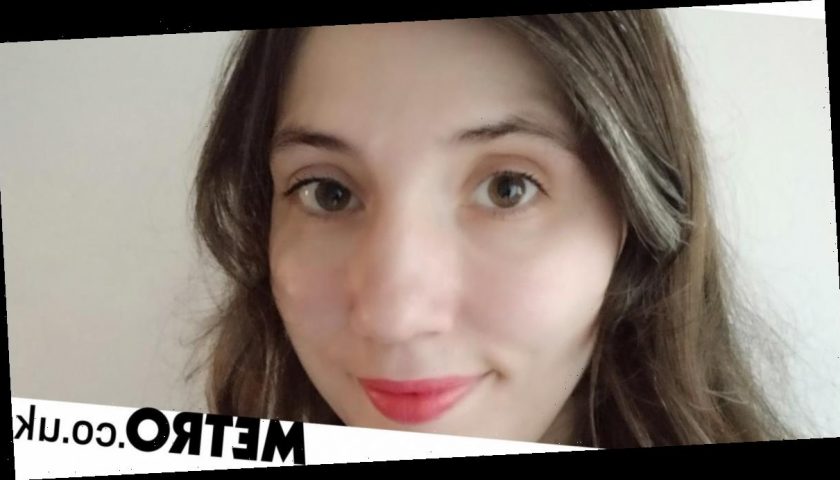 ‘I’m dying!’ I cried out, sitting bolt upright in bed.

I could feel the air being sucked out of my lungs, my hands over my chest. I had just started university in 2006, and the bland decor of halls of residence stared back at me. In that moment, I felt like I was at death’s door.

I slowly came around. I had screamed so loud my throat was burning with soreness and my heart was hammering in my chest. I heard the muffled sound of doors slamming, voices and footsteps running down the corridor. There were urgent knocks at my door.

‘Are you OK? What’s going on?’ my new hallmates called through the door urgently. The disorientation began to recede, and I was starting to get to grips with my reality again. I couldn’t remember what had just happened. What I did remember was like shards of glass, impossible to piece together and understand.

‘I… I’m OK,’ I shouted back, laughing embarrassedly and opening the door.

‘Are you sure? It sounded like you were being murdered or something!’ my concerned neighbour asked.

‘It’s OK. I have night terrors that cause me to scream’.

I was left to explain to them that it’s essentially really, really bad dreams that cause me to wake up screaming – but I can’t remember them and can’t control it.

I apologised, before closing the door and sinking to my knees, the shame crushing me. That was my icebreaker when I first moved into university halls.

I have suffered from a sleep disorder called parasomnia, or ‘night terrors’, since I was four. It causes me to wake up with a bloodcurdling scream, the fight-or-flight response leading to me to springing out of bed and dashing across the room as if a lion were about to eat me.

I have woken up with black and blue bruises on my legs and sides of my body from the force of jumping out of bed in alarm during a night terror.

When it first started, my parents’ concerns were dismissed, and they were advised that I would grow out of it as I got older. They were told time and time again that sleepwalking and screaming was normal behaviour for a child.

Sleep problems rarely persist beyond the age of 12 and it is very common for children to experience disturbed sleep. My GP advised me to use St John’s Wort, an over-the-counter herbal remedy said to increase the activity of brain chemicals such as serotonin and noradrenaline, that are thought to play an important part in regulating our mood. It didn’t work.

I even tried yoga, but it was a momentary feeling of relaxation. It wasn’t long before the night terrors happened again.

It was hard enough being a young person without the label: ‘The Girl who Screams’. Luckily, my friends were always understanding and supportive, but that feeling of embarrassment and dread never went away the next morning.

On top of that, with night terrors, the sore throats and constant lethargy make you feel hopeless the next day.

The sleep deprivation also has long-term effects on your health and there is an increased risk of heart attack.

The unpredictability of this condition is probably what makes it most terrifying – both for the sufferer and the person who may be sleeping next to them. My partner often wakes up and struggles to get back to sleep.

It is common for people to have no memory of their night terrors as this all happens while they are still essentially ‘dreaming’ and unconscious. I wake up towards the end of mine and often feel confused and disorientated.

Sometimes I wake up and jump out of bed, and I have to be encouraged to sit down and go back to sleep, but it can be impossible with your heart hammering in your chest.

Some instances can be worse than others, and occasionally I go a few nights without any sleep disturbances.

I tend to go through clusters of night terrors, so if I am experiencing a lot of them in a week then I will make an effort to reduce caffeine and relax through mindfulness or by reading a few hours before bed. It doesn’t necessarily stop them, but I like to think it helps me get in the best state of mind for sleep.

During my night terrors I ‘see’ a face that resembles a gargoyle and I wake up talking about someone or something lurking at the bottom of my bed. This spectre has been a part of my dreams for years and years and it can appear bigger or smaller, shapeshifting at times, which makes it even more terrifying to experience.

These are called hypnagogic hallucinations. It’s like having the worst horror film playing on loop every time you go to sleep. Fortunately, a lot of the time I don’t remember it.

It is no wonder that the Roman poet Horace described the night terrors as ‘The sick man’s dream’, and there has been much art created around the subject, too. For example, The Nightmare by Henry Fuseli is one of the most popular depictions of night terrors in the art world.

Thankfully I haven’t done anything dangerous, but I have read horror stories about people breaking limbs jumping out of windows and even killing themselves by accident.

I am very aware of this so I have all windows locked and doors closed at night with all sharp objects locked away. There are door alarms available for sufferers that emit a loud noise at a frequency that will rouse you from your sleep.

In my early thirties, I found a GP who finally took my condition seriously and referred me to a sleep clinic, prescribing a course of cognitive behavioural therapy. I found out that my brain works differently to other people when it comes to sleep.

After my referral, I learnt so much about myself and my disorder. People are more open to talking about the quality of their sleep these days, and the effects it has on mental health and life.

The information has empowered me to speak out about it and I hope to help others learn they can seek help and that they are not alone. They do not have to hide it and feel shame.

My story started way back in the nineties and it has taken until now to even know what my disorder is, and how I can go on living my life alongside it. I see it as a part of me.

About 20% of the population is suffering from a sleep disorder of some form in the UK, and it is time to stand up and start a conversation so that those who are suffering in silence get the treatment and support they deserve.

There is no quick fix and even sleeping tablets are only temporary and carry the risk of dependency.

I know this is a lifelong condition; in fact, it has been recognised in the Diagnostic and Statistical Manual of Mental Disorders (DSM-5) as a mental illness. I want there to be an open conversation about the because getting a quality night’s sleep is a crucial aspect of your health and well-being.

My sleep is still unpredictable, and it still feels like an emotional rollercoaster not knowing whether I have woken up and screamed or not.

I would like to say it has improved but it hasn’t. I feel like managing my sleep disorder is giving me a feeling of control that was lacking before.

Fortunately, I am more aware of my own stress triggers now, and regular exercise such as walking a few miles every week makes me feel better in myself so that when I experience a poor night’s sleep, I know I am doing all I can to manage it.

I am kinder to myself now and I am not ashamed.

Instead, I am motivated to share my story, destroy the taboo that poor quality sleep is normal and motivate others to seek help and talk about their sleep issues.

MORE : Products to help you get a better sleep – from masks to pillow spray

MORE : Quiz: What type of sleeper are you and how can you improve your rest?

MORE : Using white noise apps for sleep could actually be bad for us, scientists say