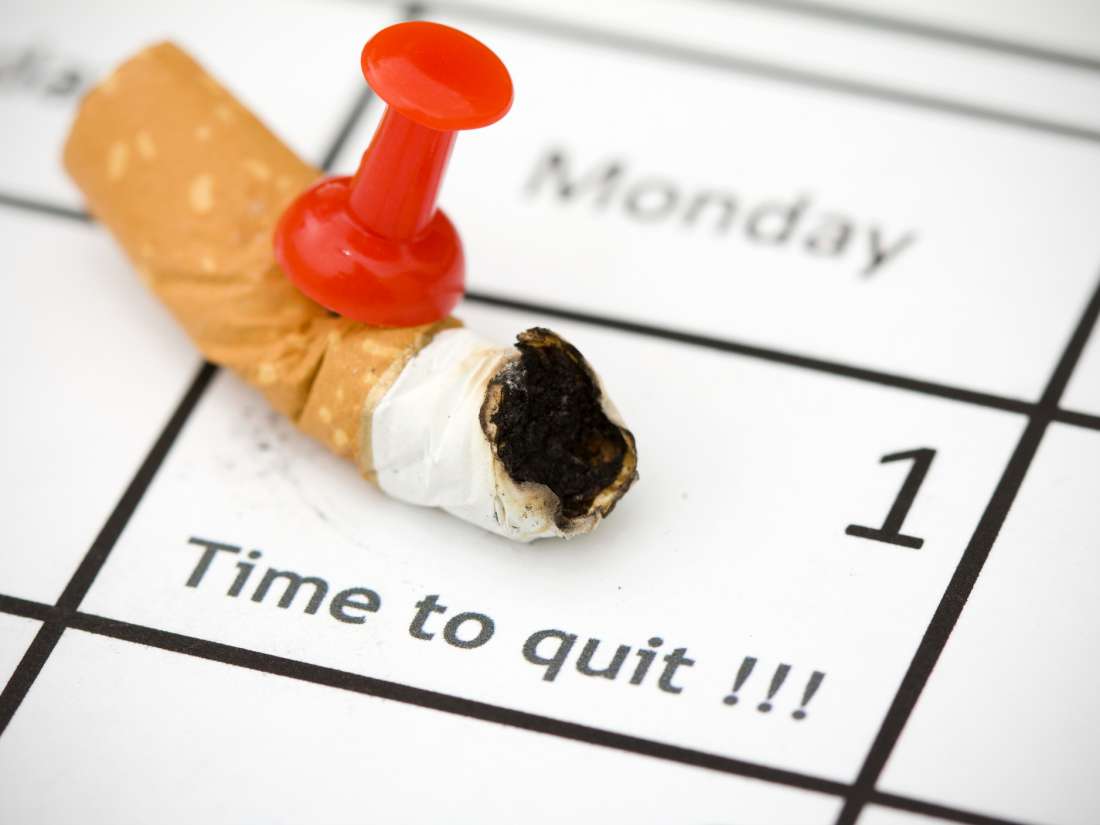 Smoking tobacco, as most of us are well aware, increases the risk of a wide range of serious health issues.

Despite many of these dangers being common knowledge, giving up tobacco is challenging in the extreme.

That said, cigarette smoking is on the decline in the United States.

According to the Centers for Disease Control and Prevention (CDC), the number of people who currently smoke in the U.S. has dropped from 20.9 percent of the adult population in 2005 to 15.5 percent in 2016.

The fact that so many people are giving up also means that there are now millions of people who used to smoke.

Already, some researchers have attempted to find out how the disease risk of people who used to smoke changes after they quit.

Earlier studies concluded that cardiovascular risk drops just a few years after quitting. However, most early studies were based on relatively small numbers of participants and there was often little follow-up to check smoking status over time.

To investigate, researchers took data from the Framingham Heart Study. They had access to the health information of 8,700 people, none of whom had any signs of cardiovascular disease at the start of the study.

The scientists followed each participant for an average of 27 years. During this time, there were 2,386 cardiovascular events.

They compared the cardiovascular health of people who currently smoke, those who used to smoke, and people who have never smoked.

There are a wide range of factors that can impact an individual’s cardiovascular health. With this in mind, the researchers controlled the analysis for as many of these variables as possible, including education level, sex, age, decade of birth, diabetes, hypertension, cholesterol levels, alcohol use, and body mass index (BMI).

The analysis showed that 70 percent of cardiovascular events occurred in those who smoke or used to smoke the equivalent of 20 cigarettes per day for 20 years.

Compared with those who continued to smoke, individuals who had quit smoking within the past 5 years reduced their cardiovascular disease risk by 38 percent.

They also showed that it took around 16 years from the last cigarette for the risk of cardiovascular disease to return to the same levels as someone who had never smoked. This is significantly longer than previous estimates.

The team presented these findings at the American Heart Association’s (AHA) Scientific Sessions 2018, held in Chicago, IL. The study was authored by Meredith Duncan, a Ph.D. student at Vanderbilt University Medical Center in Nashville, TN.

“These findings underscore the benefits of quitting smoking within 5 years, which is 38 percent lower risk of a heart attack, stroke, or other forms of cardiovascular disease risk compared to people who continue to smoke.”

Although challenging in the extreme, these results make it clear that quitting sooner rather than later is the best course of action.

Despite record numbers of people quitting, according to the CDC, smoking tobacco is still “the leading cause of preventable disease and death in the [U.S.],” accounting for more than 480,000 deaths each year.

As Duncan writes, “The bottom line is, if you smoke, now is a very good time to quit.”