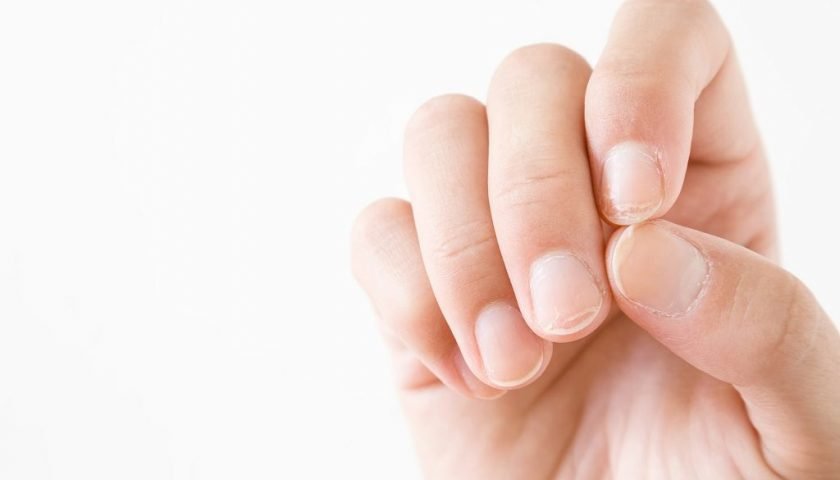 You’ve probably heard that you can learn a lot from your fingernails. But are you aware of just how many health issues you can spot just from looking at your hands? With help from WebMD, we take a look at 15 things your fingernails say about your health. (Page 13 may shock you.)

1. A product of the elements

Have you ever noticed your nails tend to become brittle during the winter That’s because constantly moving between the dry-heated indoors and frigid outdoors can leave your nails dehydrated, and therefore make them more prone to peel, Real Simple ys.

WebMD tells us dry, brittle nails can be a sign of something more serious than just dealing with the cold. This can be a sign of thyroid disease, especially if it’s also accompanied by dry skin, achiness, and stiffness

Sure, that yellow tinge to your nails may not look so bad. But it’s also likely the sign of a fungal infection, which you should get checked out right away. As the infection worsens the nail beds can retract, WebMD says.

As WebMD tells us, having pale nails that are extra prone to chipping can be an indicator for a few different health issues, and malnutrition is one of them. A lack of vitamins and protein in your diet can noticeably cause thinning of hair and lack of pigmentation in nails.

Loss of pigmentation in the skin is one sign of anemia, due to a lack of red blood cells. These effects also change fingernails, making them pale and oftentimes also brittle. If pale skin and weak nails are accompanied by fatigue, it’s important to have blood tests done to check for anemia.

Healthy nails should be opaque. But if they’re a stark white bordered by a dark line at the nail bed, this could be a sign of problems with the liver. WebMD says a dark-rimmed nail can be a sign of hepatitis.

If you aren’t getting enough oxygen or have more serious lung issues, your nail beds may turn blue. WebMD says. Healthline adds blue nails can also be a sign of emphysema or carbon monoxide poisoning.

Your nails can take on a variety of different forms if you are suffering from some kind of heart issue. Blue nail beds have been connected to some heart issues, WedMD says, while pale, weak nails can also be a sign of congestive heart failure.

Remember how we said yellow nails can be the sign of an infection? It can also be a sign of something more severe like psoriasis. WebMD says this occurs in rare cases — but it’s worth taking a trip to the doctor’s office nonetheless.

Sure, you may simply associate chewed-on, gnawed-off nails with chronic nail-biting. But this habit of biting your nails all the way down to the quick — or until the nail bed bleeds — can also be a sign of obsessive-compulsive disorder.

Nails in general don’t always have completely smooth surfaces. But if the surface is covered in ripples and little indents, it can be an early sign of inflammatory arthritis, WebMD says. This may also be accompanied by discoloration of the nail bed.

This autoimmune disease is incredibly difficult to diagnose because symptoms vary from person to person. One early sign of lupus, however, can be a puffy nail bed with redness at the cuticle area, WebMD says.

Darkness under the nail can be caused by bruising from an injury. But WebMD says if you see dark lines underneath your nails, you need to see a doctor as soon as possible. This discoloration can be a sign of melanoma.

People with diabetes may see their nails turn yellow due to “the breakdown of sugar and its effect on the collagen in nails,” Healthline says. This can be especially dangerous if the nails also harden to break, which can be painful — especially if it becomes ingrown.

That’s right — getting a regular manicure can do a number on your digits. Certain polishes can turn the nail yellow, Healthline reminds us, while wearing acrylic press- can damage the nail and cause an infection.