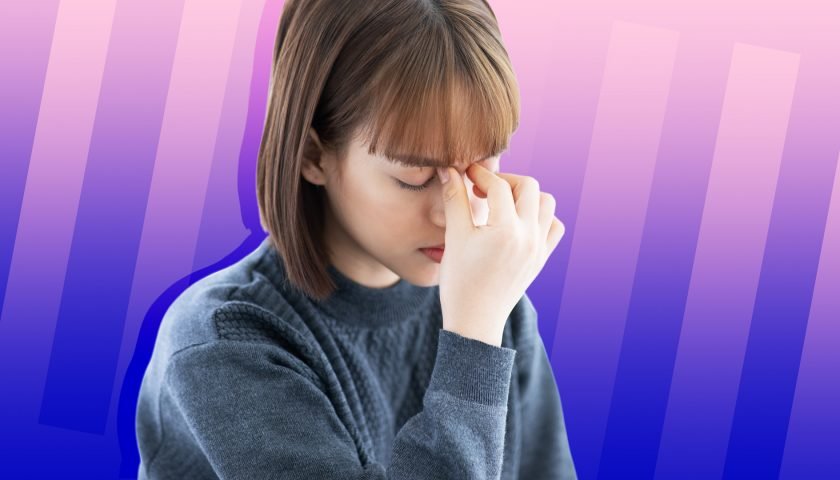 Like many other “invisible” illnesses, misconceptions about migraines abound. These myths undercut the severity of the illness and leave migraine sufferers feeling invalidated — and this can be dangerous because it’s easy to convince ourselves that we’re simply overreacting to a “bad headache” and there’s no need to seek medical help.

Migraines affect 39 million Americans and 28 million happen to be women. So even if you don’t experience migraines, it’s highly likely that a friend, family member or colleague is coping with the condition. We spoke to experts about the common and damaging migraine misconceptions that need to become a thing of the past, because they’re actively keeping migraine sufferers from getting the care and respect they deserve.

“A migraine is just a bad headache”

Nearly everyone has experienced a headache at least once or twice in their life, whether it’s due to lack of sleep or that time we drank a little too much cheap vodka at a college party. Headaches are decidedly unpleasant, but comparing them to migraines is an example of a myth that undercuts the severity of a migraine.

“Migraine isn’t headache at all. This may be the single most significant misunderstanding,” Dr. Robert Shapiro, MD, Professor of Neurology at the University of Vermont and founding president of the Alliance for Headache Disorders Advocacy, tells SheKnows. “Headache is often a severe and disabling symptom of migraine, [which is] a neurological disease with impacts on many body systems.”

Migraine is accompanied by other symptoms including foggy thinking, language disturbances, fatigue, nausea, vertigo, sinus congestion, visual aura and heightened and distorted perception to light, sound, tastes, odors, touch, and movement. In short, it’s not even in the same ballpark as a run-of-the-mill headache.

“If I stopped eating (fill in the blank), I would stop having migraines”

Dr. Jessica Ailani, Director of MedStar Georgetown Headache Center and Associate Professor of the Department of Neurology, says that, unfortunately, there is not a cure for migraine at this time. “Dietary triggers in migraine are generally considered myths, as for most people, there is not one particular food that triggers migraine,” Ailani explains.

Some migraine sufferers feel that certain foods trigger a migraine, but Ailani tells SheKnows that it’s more likely that the food they ate is the one thing they remember about events that occurred prior to the migraine. If the same food was eaten on a different day when a person didn’t have a migraine, they may not remember it.

“If you think a particular food may be triggering a migraine, track every time you eat that food and see if you truly had a migraine within a few hours of ingesting,” she advises.

“You’re having a migraine attack? Really? Well you don’t look like you’re in pain”

The term “invisible illness” exists for a reason — and migraine falls into that category. “Characteristically, there are no physical manifestations. But the public perception is otherwise,” Shapiro says. During a migraine attack, most people don’t hold their heads, wince, and cry — Shapiro explains that these behaviors are rare and are almost never displayed by people with chronic forms of the disease.

“This discrepancy between what people expect migraine to look like and what it actually looks like (or doesn’t look like), can lead to suspicions that people with migraine exaggerate their reported symptoms, thereby undermining relationships with family, friends, co-workers, health care workers, and others,” Shapiro tells SheKnows.

“Migraines can include an aura, which is described as a haze or fog that impairs vision,” Dr. Lawrence Newman, director of the Headache Division at NYU Langone Health says. “It can begin 30 minutes before the pain starts and last up to an hour, and may include flashing lights or dark pulsating spots in front of eyes.”

But the absence of an aura doesn’t mean a person isn’t experiencing a migraine — as Newman told SheKnows, only one in five migraine sufferers experiences aura symptoms.

“Migraine is a psychological disorder”

Many physical illnesses — particularly ones that disproportionately affect women — are chalked up to stress or psychological problems. Dr. Jonathan Cabin, MD, Surgeon Director at The Migraine Institute in Beverly Hills tells SheKnows that, although stress and anxiety can make migraines more severe in pain, frequency, or duration, the illness is undeniably a physical one.

“Migraine is without doubt a complex neurological disorder,” Cabin says. “[This means] it’s related to the physical circuitry within the brain.”

“With the right diet and lifestyle changes, every migraine sufferer can cure themselves of migraine headaches”

Hopefully someday there will be a cure for migraine — but, as Ailani said, it just doesn’t exist yet, regardless of how many diet and lifestyle changes you make. Cabin tells SheKnows that these changes can play a key role in disease management for many migraine sufferers so they’re certainly worth a try — but for others, they’re ineffective.

“Those most likely to benefit from changes in diet and lifestyle are those with specific food or environmental migraine triggers,” Cabin explains. “Through avoidance of these triggers, these people can find relief. Others may continue to suffer no matter what type of diet or change in lifestyle is implemented.”