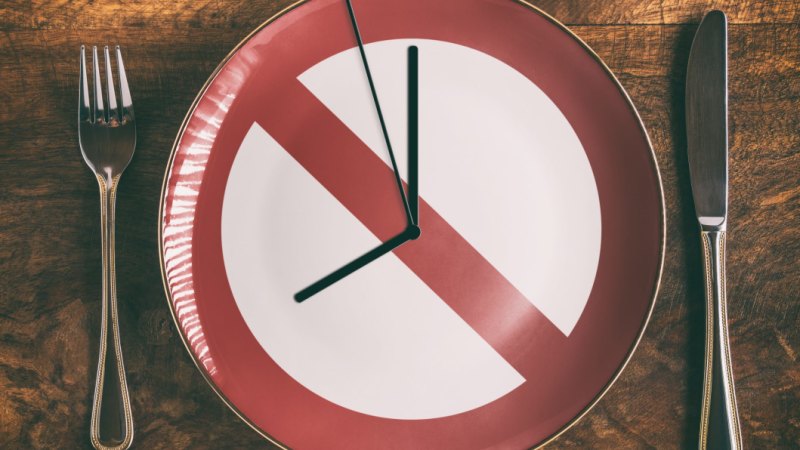 Those interested in fasting, to boost their health or lose a little belly fat, are not starved for choice. As the trend has grown in popularity, so too have the number of ways in which we can do it.

Fasting is very popular but choose with care.Credit:Shutterstock

Humans and animals evolved in an environment where food wasn’t always available; we had to adapt and thrive in situations where nutrients were limited. This has led to the belief that periods of fasting may be part of our “ideal state”, an idea bolstered by research findings that caloric restriction improves our ability to fight inflammatory, metabolic and auto-immune diseases, as well as our waistlines.

One new study, published in Cell Metabolism, found when people alternated between no food for 36 hours and 12 hours of unlimited eating led to lower levels of cholesterol and belly fat, as well as a number of other hormone and amino acid changes which have previously been linked to longevity.

Meanwhile, three other new studies, published in Cell, have explored how the length and type of fast can either improve or impair our immune system (in humans and mice), depending on how we do them.

The studies found short fasts and fast "mimicking", where energy intake is halved for a period of about a week, had benefits to our bodies, but repeated water-fasting was detrimental. The first study, in humans and mice, found that short, 19-hour fasts led to reductions in inflammatory markers in the blood.

The second study, only in mice, found reducing energy intake by 50 per cent for one week resulted in increased protection against infections or tumours. The final study, again in mice, found that repeated rounds of water-only fasting reduced the immune response. The authors of the final study said that eating again, after fasting, seems to help the mice to restore gut function through “nutritional signalling”, so when they continually deplete it of these signals, it is weakened.

Professor Valter Longo, from the University of Southern California’s School of Gerontology, wrote an accompanying editorial to the studies arguing they reveal the “drastic and complex effects” of fasting.

“These studies raise the possibility that a complete lack of nutrients, but not the partial fasting
conditions, may result in some immune impairments,” wrote Longo and co-author, Roberta Buono.

“The main message is that fasting is remarkably powerful and that it can improve immunity or impair it based on how it is done,” Longo told The Sydney Morning Herald. “In general, water-only fasting appears to cause a minor impairment of immunity if done for long periods.”

The main message is that fasting is remarkably powerful and that it can improve immunity or impair it based on how it is done.

Longo said short fasts, 12-hour time-restricted feeding (eating within a window of 12 hours) or fast mimicking approaches that provide 34–54 per cent of normal calorie intake for up to five days all appear to have positive effects.

“In our clinical trials we have begun to show that fasting-mimicking diets benefit both healthy people with minor problems like elevated inflammation or blood glucose and patients with cancer and multiple sclerosis,” he said.

Dr Laura Piccio, a co-author on the first study from the Faculty of Medicine and Health/Internal Research at the University of Sydney, suggested people wanting to fast take their pick based on what is most “doable”.

"In any way, they will probably be improving their health," she said. "It’s also very important that even when they are not fasting that the quality of their diet needs to be improved too … it needs to be a global approach.”

Piccio added that there isn't “any scientific evidence to justify” one type of fasting over another, saying the animal studies are interesting but hard to extrapolate from.

“The way the body adapts to periods of nutrient deprivation of different length in mice and humans is very different,” she explained. “Humans can survive weeks on water-fasting, while mice die in just few days.”

Still, Piccio said research doesn't show contraindications which might indicate why someone should not undertake a certain type of fast: “We know that [all fasting approaches] might activate certain pathways that are beneficial in the body."