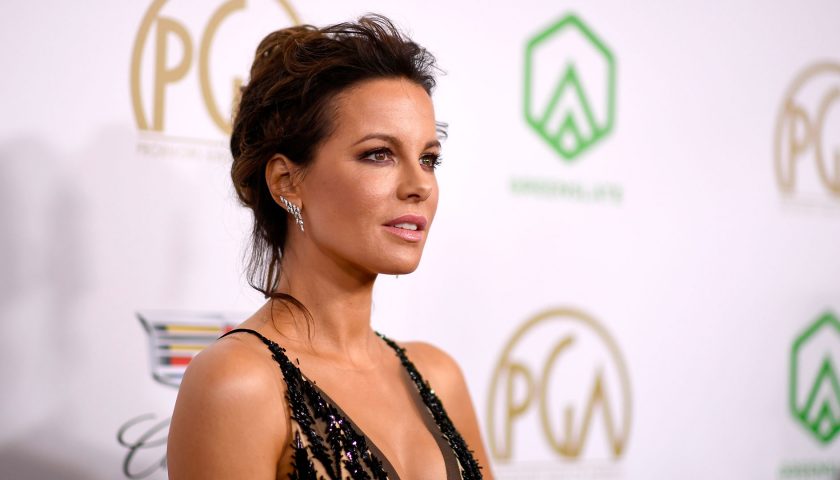 One of the many joys of being born with a vagina and uterus is all the things that can potentially go wrong with your parts. Unfortunately for Kate Beckinsale, she experienced that firsthand this weekend when she was hospitalized for a ruptured ovarian cyst.

On Sunday, the actor posted a photo of herself in a hospital bed on Instagram captioned: “Turns out a ruptured ovarian cyst really hurts and morphine makes me cry. So thankful to everyone who looked after me #wobbly.”

Turns out a ruptured ovarian cyst really hurts and morphine makes me cry. So thankful to everyone who looked after me #wobbly❤️

And, since she’s a woman who dared to open up about her health and post a photo in a hospital gown rather than a red carpet gown, she also received a comment regarding why the felt the need to take a selfie of her experience. Cyst or no cyst, Beckinsale was right there with the clap-back.
“It’s actually not a selfie,” Beckinsale wrote on Instagram. “My mum took it. In fact I would not have posted it if we had not noticed someone in a car taking a photo of me leaving the hospital in a wheelchair.”

In other words, she decided to tell her own story instead of dealing with rumors as to why she was hospitalized.

“I have Instagram largely to have my own honest narrative and not have to always be ambushed by stories that come out that are invented, I’d prefer to say what happened than endure speculation and so I chose to share,” she wrote. “I agree, it’s not a normal impulse. But it’s not normal to be photographed in vulnerable situations by people you don’t know either. (If you were interested in knowing the provenance of this, which, you probably are not.).”
Ovarian cysts are relatively common and are typically harmless, unless, like Beckinsale’s, they rupture. In that case, a cyst that ruptures can cause severe pain and internal bleeding, according to the Mayo Clinic. Ouch.

We wish Kate a speedy recovery and applaud her for sharing her experience and raising awareness of a very painful condition.