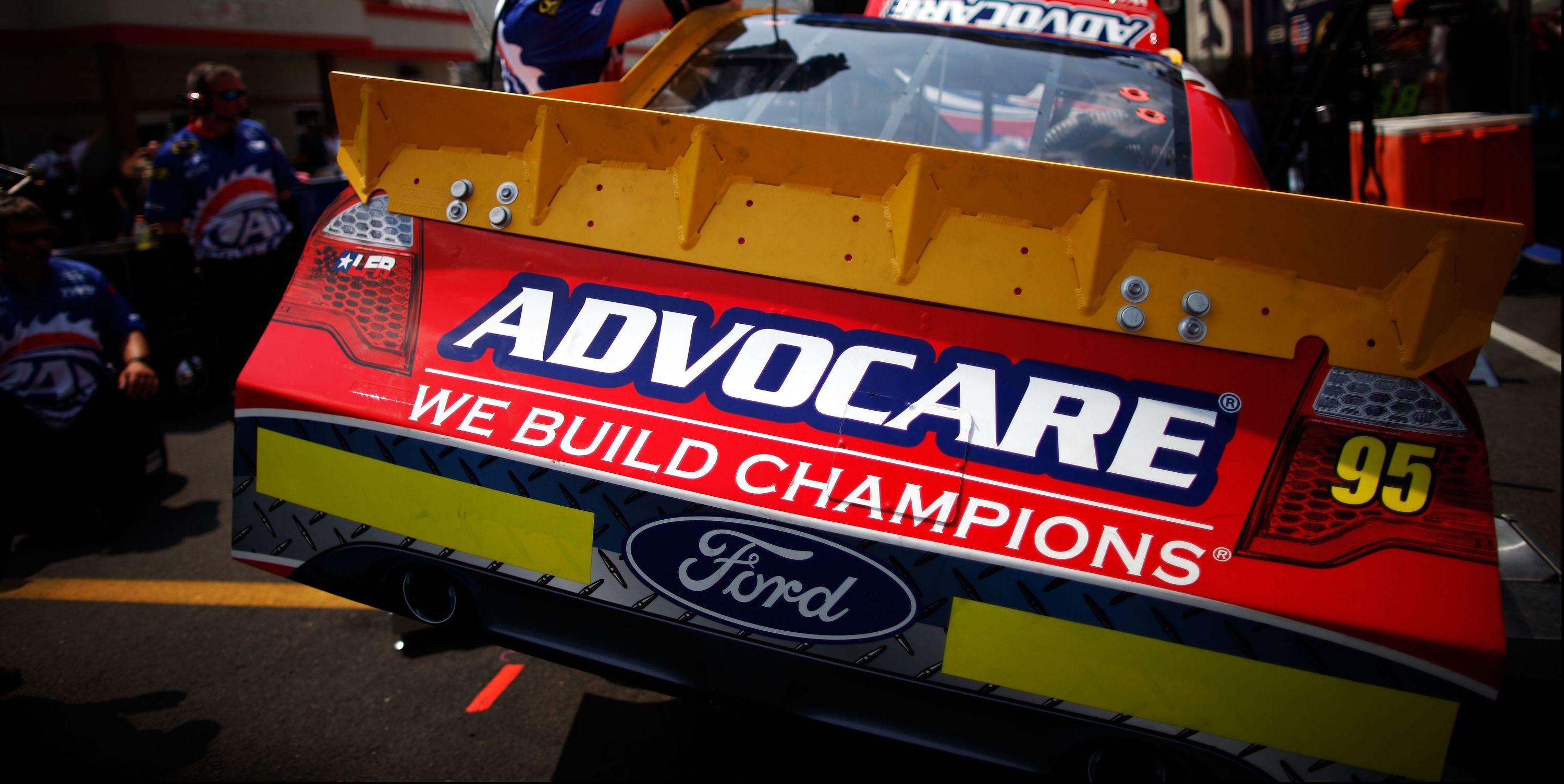 No matter how much sleep he gets, my dad has always struggled with low energy. This can come as a surprise to people who know him professionally—he’s an ordained minister who hosts events and gives charismatic speeches and sermons as he paces behind a pulpit. A few years ago, when an out of town pastor friend was visiting, my father eyed him sipping on a bright orange beverage. He had to know what it was.The pastor friend said it was an energy drink made by AdvoCare called Spark.

My dad had to give a speech at the church that night, so he asked to try it out for himself. He was allured by the concept of a drink giving him the vigor he’d always lacked. So he decided to try it again. After his second or third serving, he started noticing an increase in his energy. He ordered a three-month supply from the pastor and found that Spark not only boosted his energy, but he liked the taste so much that he sometimes drank two glasses back to back. The habit would eventually resulting in headaches and a buzzed, alert feeling that lasted well into the evening.

If you haven’t heard of AdvoCare, you’ve probably heard of some of the company’s spokespeople, the likes of Drew Brees, former Dallas Cowboys tight end Jason Witten, and NASCAR driver Trevor Bayne. Brees, his cohort of pro athletes, and, most surprisingly, a large large network of pastors and religious leaders like my dad’s seminary buddy, hawk the supplements, powders, meal replacement shakes, and capsules AdvoCare has had on the market since 1993.

Headquartered in Plano, Texas, AdvoCare was founded by Charles E. Ragus, the OG pyramid scheme operator behind Herbalife and Omnitrition. There was a class-action lawsuit brought against AdvoCare and other multi-level marketing companies (MLMs) like Herbalife in 2016. The latest: A bill called The Anti-Promotional Pyramid Scheme Act was introduced in July 2017; it aims to better outline the boundaries of what is a true MLM vs. a pyramid scheme.

Lawsuit notwithstanding, AdvoCare’s cult-like superfan base hasn’t seemed to mind or even notice the bad publicity. Despite all the controversy surrounding AdvoCare in recent years, at the time of publishing, the “physical and financial wellness” company boasts over 618,000 active accounts, according to Lindsay Bomar, Senior Communications Manager at AdvoCare. That doesn’t factor in all of the buyers who might purchase AdvoCare products through one of their tiered sellers—MLMs, by nature of their multi-level business model, make it difficult to track these numbers—so the true number of users is likely much higher.

“Supplements are, for most people totally unnecessary.”

But in the end, for all their promises, Advocare’s products still occupy that murky sub-category of nutrition: Supplements. In a 2018 statement in the British Journal of Sports Medicine, titled “IOC consensus statement: dietary supplements and the high-performance athlete,” the authors agreed that, because performance-enhancing supplements in particular are not well enough researched yet, “Decisions on supplement use therefore need to consider both the context of use and the specific protocol employed.” They also reported that in the US, in 2015, approximately 23,000 emergency department visits annually were reported to be associated with dietary supplement use.

Dr. Dan Benardot, an RD/LD who works with Olympic athletes says, “Supplements are, for most people totally unnecessary.” Even so, he says, “Most people don’t understand how to take them. Most people think that if a little bit of a nutrient is good for you, more must be better, and nothing could be further from the truth.”

If their business practices have been proven questionable at best, what about the product itself? People remain diehard loyalists to the stuff. (My own father was a regular Spark drinker for several years.) Yet no definitive studies have ever shown that AdvoCare products are effective. And because the company recommends that users combine product-use with an overall healthier lifestyle—a well-balanced diet and plenty of exercise—it’s hard to know if it’s the supplement that’s doing the work, or if a user would be seeing results regardless.

There are no published studies on the effectiveness of AdvoCare in spurring weight loss or improving athletic performance, but there have been scientific reviews showing AdvoCare ingredients to be either ineffective or to have potentially adverse effects.

One ingredient brought into question is garcinia cambogia, a tropical fruit often found in weight-loss supplements, because it’s thought to curb appetite and block the body’s ability to make fat. Lisa R. Young, a nutritionist and author of “Finally Full, Finally Slim” said that it’s entirely possible that there can be negative side effects from taking a product containing garcinia cambogia. “As I tell clients—why take a supplement like this if there is the potential for side effects,” she said.

“It may not be good for health. So why risk it?”

Trim products also contain crystalline fructose, green coffee extract, and sucralose—all ingredients that seem counterintuitive for weight loss. Young said that crystalline fructose is an added sugar that contributes calories, and in excess, can even cause weight gain. Sucralose, a zero-calorie sweetener often marketed as being good for weight loss, doesn’t seem to have any major effects on weight, according to Young, and “It also may not be good for health. So why risk it?”

Overall, Young isn’t a huge fan of such products. “Some of these ingredients may be potentially harmful and more research is needed,” she says.

The ingredient list for AdvoCare’s energy supplement called Spark, is somewhat interminable, but standouts include a hefty dose of caffeine (120mg), as well as copper (the exact dosage is not listed on the product’s website).

Caffeine caution is nothing new, but despite eliminating ephedra in their products in 2002, before the FDA even banned the ingredient, AdvoCare still pumps up products like Spark with a lot of heart-racing caffeine—enough that the wife of the pastor who got my dad hooked on the product once rushed herself to the emergency room, panicking because the drink made her think she was having a heart attack.

The IOC consensus said, “The ‘more is better’ philosophy, when applied to caffeine, may result in side effects, including nausea, anxiety, accelerated heart rate, and insomnia, that outweigh the performance benefits. Unwanted outcomes become more common with caffeine doses ≥9 mg/kg body mass, but maximal benefits are usually achieved with intakes of 3–6 mg/kg.

On copper, Dr. Benardot, though unable to speak to AdvoCare products specifically, said that consuming any supplement containing the metal, is dangerous. “Copper is needed in very small amounts. It has one basic function and that is part of the transfer of a protein called ceruloplasmin, which transfers iron to transferrin, which is the transport of the blood into hemoglobin, to make hemoglobin for red blood cells,” he says. “What are you gonna do if you have all the ceruloplasmin you need and you intake copper? What’s your body supposed to do with it? It’s a heavy toxic metal.”

AdvoCare’s Director of Research & Development and Scientific Operations, Michael Hartman, disputed that a person could possibly have enough copper in their system without the help of a supplement, citing an Institute of Medicine study that says “only 20% of the population receives the amount of copper they need through daily meals. They have to consume it from dietary or supplemental resources. The copper in AdvoCare is at 10% of the daily value.” He added, “The great advantage to supplements, is that you know exactly how much copper you’re getting in. If you’re only getting it from food sources, you don’t know how much copper you’re ingesting.”

Several studies and Dr. Benardot cautioned against using any dietary supplements unless recommended by a doctor for a biological deficit, but AdvoCare would not comment on those opinions. Hartman said, “We’re very proud of our products and the ingredients we use. As we review the literature and review the recommended dosage, we’re confident in the efficacy of our product. … Using as directed, there is very low safety risk.”