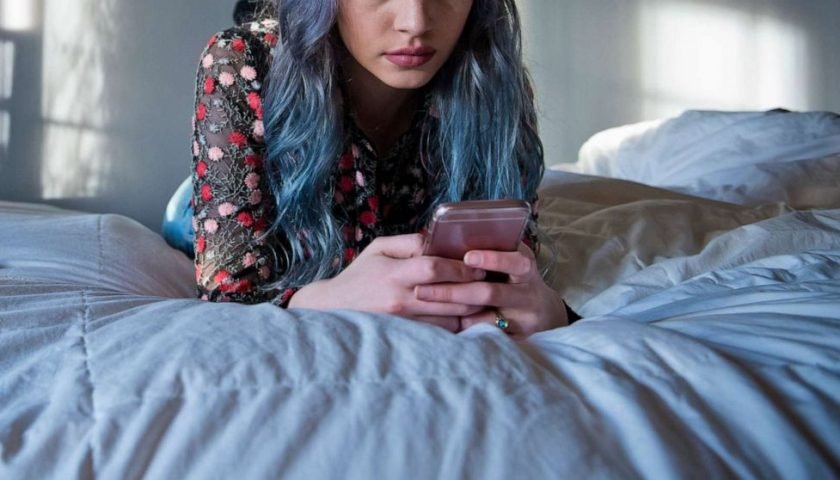 We’ve all heard the clichés “kids these days” or “back in my day.” But while our immediate response might be to tune out or roll our eyes at those who came before us, new research suggests that maybe we should listen — at least when it comes to teens’ use of technology.

That’s because a new study has found that as digital media use has increased among teens who are part of Generation Z, aptly dubbed iGen, so have their feelings of loneliness and depression.

Young people are considered to be people born in 1995 and onward. The study, which looked at teens who were ages 13 to 18, found that after 2011, feelings of loneliness increased sharply, correlating with a rise in digital media use. Today, 95 percent of teens have smartphones compared to 23 percent of teens in 2011.

“Teens are on devices eight to 10 hours a day,” said lead author of the study Dr. Jean Twenge, a psychology professor at San Diego State University and author of “iGen.”

Twenge said that as a whole, teens are looking at their screens more these days and hanging out with their peers less. Studies have found that teens are using digital devices so much that they are interfering with their sleep, too.

For the study, Twenge’s team analyzed data from the Monitoring the Future and American Freshman surveys on teens ages 13 to 18 who were in middle school, high school and entering their first year of college. The nationally representative survey, which has been conducted on teens since 1976 and contains data on over eight million students, asks teens about their daily activities, mood, screen time and feelings of loneliness. It’s latest results showed that teens aren’t socializing as much as they used to — they are going to parties less, dating less, and hanging out with their friends fewer times per week.

Twenge’s study found that high school seniors in 2016 spent an hour less each day engaging in face-to-face interactions compared to their 1980s counterparts. In-person interactions can protect against loneliness, which is a known risk factor for depression.

The study also found slight differences between individual reports of loneliness and the overall average of time spent on digital media. In teens who continued to socialize with friends, there was little apparent effect of digital media on their feelings of loneliness — possibly because they used social media as a tool to connect and hang out with their friends.

By comparison, those who interacted less with others tended to report more feelings of loneliness and higher rates of digital media use. Twenge said it’s possible that the teens who reported being lonely might just be inherently less sociable, so they resort to their own devices for socialization, she emphasized that “online interaction is not the same as in-person social interaction.”

It’s possible to balance social media use in a way that doesn’t negatively affect a person’s mental health, according to Twenge, who said that one to two hours is probably ideal.

Smartphone developers have already provided the tools to make this possible. For example, on many smartphones, you can produce activity reports that allow you to monitor screen time and set limits on the amount of time certain apps are being used.

“Parents should encourage kids to hang out with peers in person, as this is protective against loneliness and depression, and is good for mental health and developing friendships,” Twenge said.