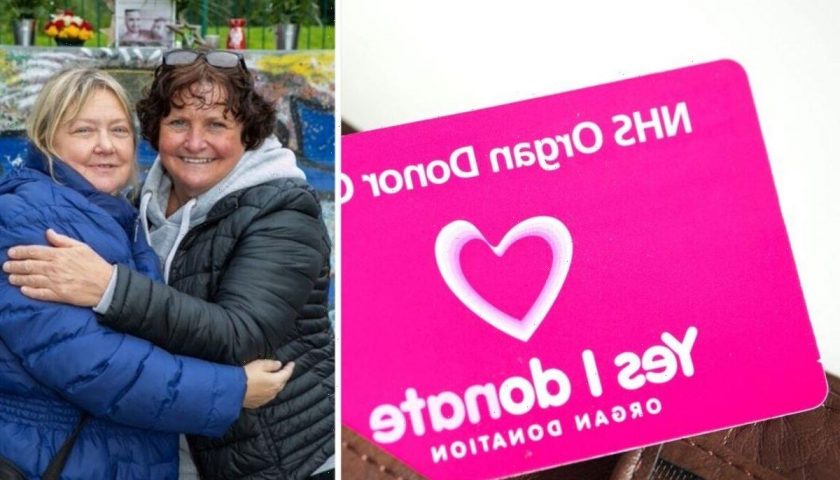 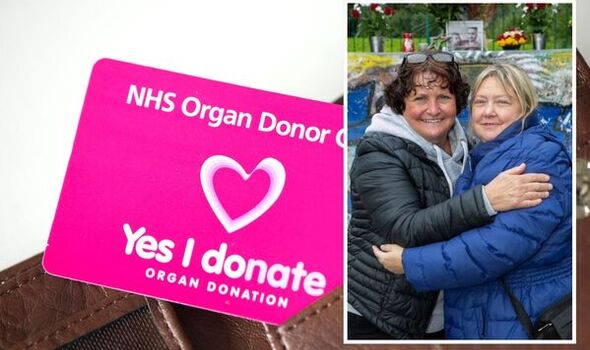 Jordan Steele died aged 23 after falling from his bike at a skate park and suffering a severe head injury.

His mum Lozzie Jones, 54, said: “I had been on the donor register for years and Jordan was so kind and caring, I knew he would have wanted to help others.

“The following morning, I received a phone call to tell me that his organs had gone on to save five lives.”

She has since met one of the patients his donation helped. Almost 10,000 people in the UK are currently in need of a transplant, according to NHS Blood and Transplant (NHSBT).

Lozzie, of Crewe, is sharing her story during the campaign week, which runs until Sunday. In August 2017 she was woken at 2am by a phone call delivering news of Jordan’s accident and raced to the hospital.

She said: “Darren, my oldest son, had to give me the devastating news that they couldn’t save my beautiful boy. I agreed to have Jord’s organs donated.”

Jordan left behind a son Brody, now seven. The family had never discussed organ donation but Lozzie felt sure it was what he would have wanted.

She has since met Mandy Whitworth, 51, who received his kidney and pancreas. 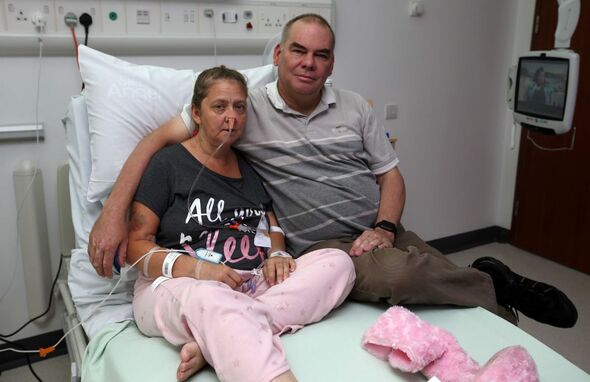 Mandy, from Durham, was diagnosed with Type 1 diabetes at 11 and joined the transplant waiting list in 2016 after her kidneys began to fail. She said: “I wondered if I’d live to see my two boys grow up.

“What was awful was that my dad had died of kidney failure 12 months previously.”

When the call came that a kidney and pancreas had become available, Mandy was told her donor was just 23 and knew a family somewhere was grieving.

On her one-year transplant anniversary, Mandy wrote to Jordan’s family to thank them. Lozzie replied immediately and the pair have been in regular contact since.

Lozzie said: “I felt as if I had known her for ever. We have a unique bond that will never be broken. I know Jordan was smiling down on us.”

Anthony Clarkson, of NHSBT, said: “It’s more important than ever to register your organ donation decision and make it known to your family and friends.”

‘I can never thank my donor friend enough’

A baby in need of a liver transplant has been given the gift of life by his mother’s closest pal.

Shortly after Lauren Beckett, 25, gave birth to Tommy he was diagnosed with neonatal hemochromatosis – a rare disorder causing excess iron in the body.

Doctors warned the boy would die without a transplant and an urgent appeal led to 200-plus people putting themselves forward as potential donors without success.

But Lauren’s best friend Kayleigh Taylor, 34, tested positive as a match to give part of her liver.

Nine months on, Tommy is thriving and the women’s friendship is stronger than ever. 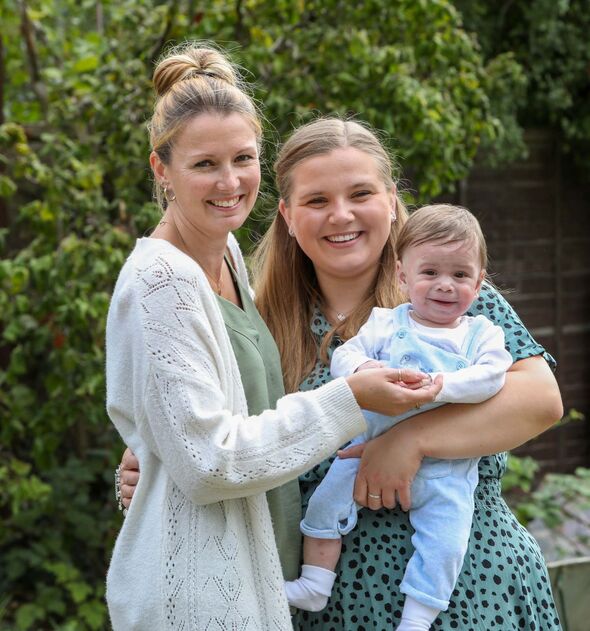 Lauren, who lives in Toddington, Bedfordshire, with fellow civil servant Callum Harknett, 22, said: “I’m so grateful. Without Kayleigh, Tommy would have died.

“Before the transplant they didn’t think he was strong enough for the surgery. It was scary.”

Lauren, who met her friend through work six years ago, added: “Now, they’re both absolutely fine, and Tommy is doing well, thanks to Kayleigh. She saved him, and I will never be able to thank her enough.”

Mum-of-two Kayleigh, a payroll clerk who lives in Clare, Suffolk, with gardener husband Gary, 44, said: “It’s really weird. I don’t feel like I’ve done it. It’s such a surreal feeling.

“They don’t ever have to thank me. The connection I have with Tommy is something I’ve never felt before. It’s like an overwhelming need to protect him. I’m just so grateful he’s OK.