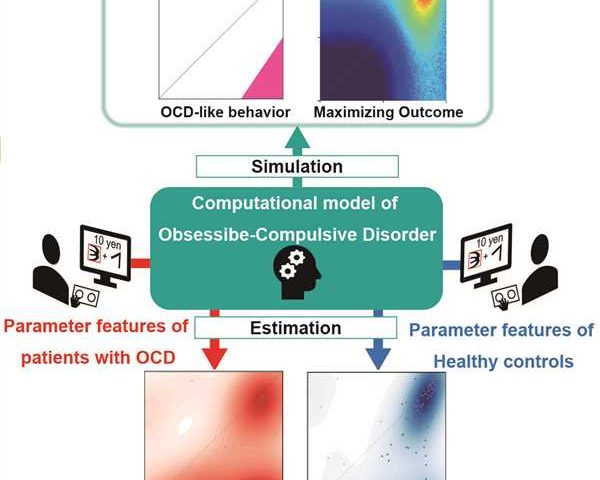 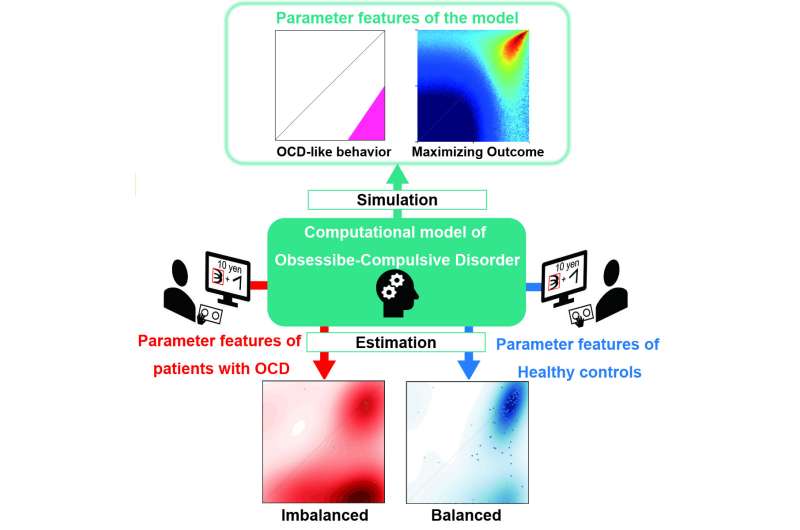 Scientists from the Nara Institute of Science and Technology (NAIST), Advanced Telecommunications Research Institute international, and Tamagawa University have demonstrated that obsessive-compulsive disorder (OCD) can be understood as a result of imbalanced learning between reinforcement and punishment.

On the basis of empirical tests of their theoretical model, they showed that asymmetries in brain calculations that link current results to past actions can lead to disordered behavior. Specifically, this can happen when the memory trace signal for past actions decays differently for good and bad outcomes. In this case, “good” means the result was better than expected, and “bad” means that it was worse than expected. This work helps to explain how OCD develops.

OCD is a mental illness involving anxiety, characterized by intrusive and repetitious thoughts, called obsessions, coupled with certain repeated actions, known as compulsions. Patients with OCD often feel unable to change behavior even when they know that the obsessions or compulsions are not reasonable. In severe cases, these may render the person incapable of leading a normal life. Compulsive behaviors, such as washing hands excessively or repeatedly checking whether doors are locked before leaving the house, are attempts to temporarily relieve anxiety caused by obsessions. However, hitherto, the means by which the cycle of obsessions and compulsions becomes strengthened was not well understood.

To test this prediction, the researchers had 45 patients with OCD and 168 healthy control subjects play a computer-based game with monetary rewards and penalties. Patients with OCD showed much smaller 𝜈– compared with 𝜈+, as predicted by computational characteristics of OCD. In addition, this imbalanced setting of trace decay factors (𝜈+ > 𝜈–) was normalized by serotonin enhancers, which are first-line medications for treatment of OCD. “Although we think that we always make rational decisions, our computational model proves that we sometimes implicitly reinforce maladaptive behaviors,” says corresponding author, Saori C. Tanaka.