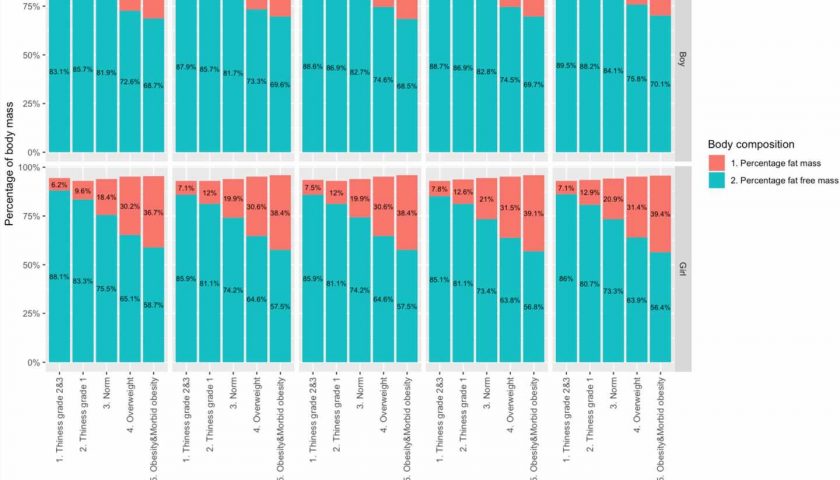 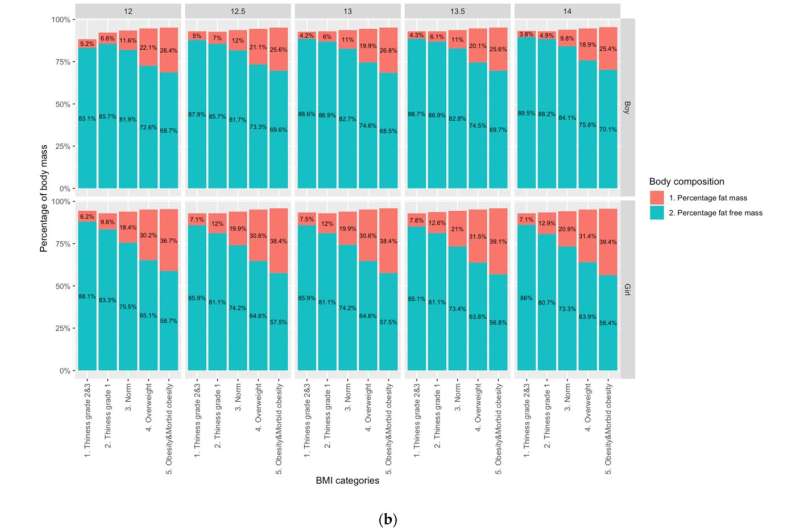 A worrying proportion of young adolescents may have poor cardiorespiratory fitness that could hamper their levels of activity, a study suggests.

Research involving almost 20,000 Polish adolescents aged between 12 and 14 years, published in the journal Nutrients, has revealed insights into their levels of obesity and fitness, and some of the lifestyle factors that are involved.

The researchers, from Imperial College London, Queen Mary University of London, Medicover Foundation, Medical University of Gdansk and Warsaw Medical University in Poland and the Karolinska Institutet in Sweden, say their findings could also be important for other European countries, for example the UK where overall obesity levels are even higher than in Poland.

Lead researcher Professor Alina Rodriguez, from Imperial’s School of Public Health, said: “Although there is a lot of work going on to try to measure levels of obesity in children and adults, we don’t have a lot of clear information on what is happening to young adolescents. This is a crucial time in children’s development when they are beginning to go through puberty and developing eating and activity habits that may continue for the rest of their lives.”

The study was carried out with the help of a team of nurses who visited schools around Poland to record pupils’ height, weight, hip and waist measurements, and the percent of fat in their bodies, and to carry out fitness tests using heart rate monitors. They asked parents about their children’s diet and activity levels, and they took blood samples from some of the adolescents to test for markers of good or poor nutrition.

Overall, they found that 38.6% of adolescents had cardiorespiratory fitness that was categorized as poor or very poor. Among girls they found that 18.6% were overweight or obese. In boys 24.7% were overweight or obese. However, girls carried between 10% and 14% more fat than boys of the same body mass index (or BMI, a measure that combines height and weight). While girls were less likely to be involved in sport than boys, the boys were eating more fast food and drinking more sugary drinks.

Professor Rodriguez said: “Countries in Eastern and Central Europe, such as Poland, are going through a process of ‘supermarketisation,’ where the diet has switched from home cooked food towards ready-made food, and this is associated with conditions such as diabetes and heart disease.

“Our study indicates that the number of young adolescents who are overweight or obese is significant and growing. We also found poor levels of fitness in well over a third of adolescents. This indicates they may be unable to participate in physical activity now and in the future, and this may exacerbate the problem. Among girls who were classified as obese, we found signs of risk for anemia, suggesting the food they are eating is not meeting their nutritional needs. And higher body fat in girls is not only driven by hormonal differences, but also by lifestyle.”

The research suggested that BMI generally correlated with other measures of health, fitness, and body fat and is therefore a good indication of whether adolescents need further support to improve their health. Professor Rodriguez said: “There is some debate about whether BMI is a reliable measure of obesity in this age group, so our findings could help doctors and parents who do not always access to tools for measuring body fat.”