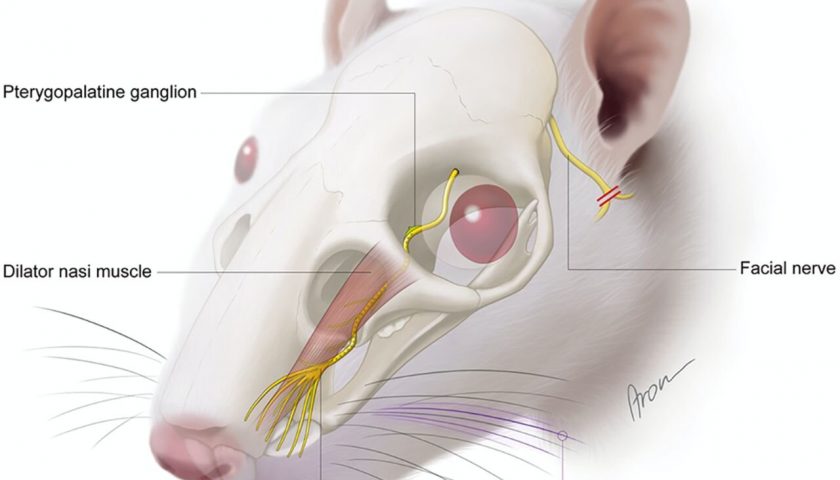 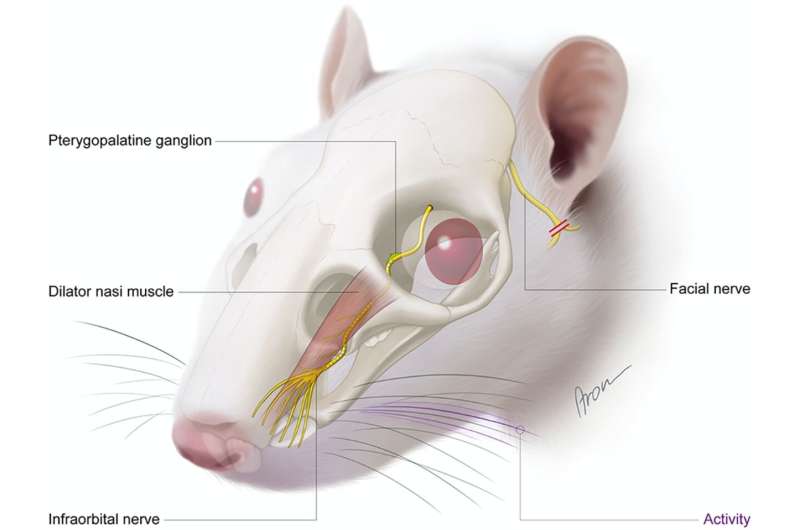 The autonomic nervous system is known as the control center for involuntary bodily processes such as the beating of our hearts and our breathing.

The fact that this part of the nervous system also has the ability to spontaneously restore muscle function following a nerve injury was discovered by a research group at MedUni Vienna’s Department of Plastic, Reconstructive and Aesthetic Surgery as part of their study recently published in the Journal of Neuroscience. Their findings may form the basis for improving and developing interventions to treat nerve lesions.

The research team led by Vlad Tereshenko and Oskar Aszmann from the Clinical Laboratory for Bionic Limb Reconstruction at MedUni Vienna’s Department of Plastic, Reconstructive and Aesthetic Surgery discovered this facet of the interaction between nerves and muscles—which was previously unknown to science—in the course of its preclinical research on facial nerves and muscles. After a nerve has been injured or severed, it is no longer able to control the motor function of the facial muscles, resulting in facial paralysis in the animal model.

In some cases, the scientists observed spontaneous recovery of muscle function days or weeks after the nerve lesion. Using novel, complex techniques, they were able to establish that the autonomic nervous system takes over the function of the injured nerve, as it were.

“Until now, we were unaware that the autonomic nervous system can control muscle motor function with nerve impulses. As we have seen in our experiments, the parasympathetic nerve fibers form new functional neuromuscular synapses to do this. At the same time, the patterns of the muscle fibers are modified and, hence, the physiological properties of the autonomously reinnervated muscles are changed,” explains first author Vlad Tereshenko, outlining the key findings from the study.

Following injuries or certain diseases, nerves can temporarily or permanently lose their ability to provide motor control to muscles. Well-established therapeutic concepts such as the relocation of nerves or nerve transplants are now available to remedy the resultant motor deficits. However, clinical outcomes may be affected by several factors, such as the slow rate of nerve regeneration or the lack of donor nerves.

“By identifying this previously unknown ability of the autonomic nervous system, we have discovered a new potential actor in nerve reconstruction. The results of our study can therefore help to improve existing therapeutic measures and to develop new ones,” says Vlad Tereshenko, looking into the future. Follow-up studies are expected to deepen our knowledge of this new facet of the neuromuscular system.

One of the questions to be addressed is whether and how autonomic nerve fibers can be surgically relocated in order to restore muscle function on a temporary or permanent basis.