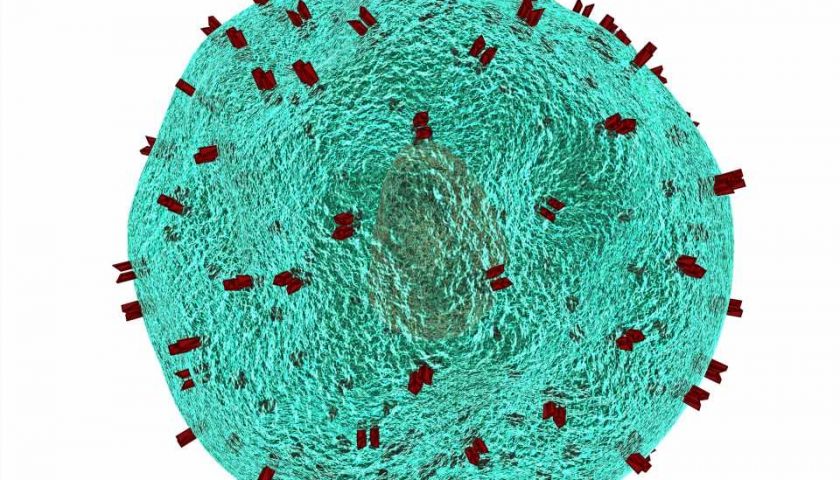 B cells are white blood cells that generate antibodies against an almost unlimited number of pathogens, a capacity that is vital for any higher organism. However, establishing a diverse repertoire of pathogen recognition comes at a price, as some B cells will inevitably go wild and turn against the organism’s own, healthy tissue.

Such autoreactive B cells need to be silenced and are kept within the pool of B cells for emergencies, such as serious infections, for which no specific B cell can be found in the active B cell pool. Scientists from the lab of the IMP Deputy Director Meinrad Busslinger have investigated the two antagonistic mechanisms that silence or awaken autoreactive B cells. Both mechanisms are controlled by the protein Ikaros, thereby controlling autoimmunity—as now reported in the journal Nature Immunology.

Remarkably, the starting point of the project was not autoimmunity, but an interest in how the transcription factor lkaros may influence B cell differentiation.

Transcription factors are proteins that bind to specific parts of the DNA to activate or repress certain genes. “When you are interested in how a transcription factor works, you normally start by looking at what it does early or late in B cell development, and you can do so by selectively inactivating the factor”, says Meinrad Busslinger in explaining the chosen approach.

In the absence of lkaros in mature B cells of mice, the scientists observed a high degree of autoimmunity. This made them turn to the two mechanisms that switch B cells on and off: “Anergy”of the B cell antigen receptor (BCR) is a tolerance mechanism that makes auto reactive B cells insensitive to self-antigens, and “Toll-like receptor (TLR)” signalling awakens B cells.

“We could show that in the absence of lkaros, BCR anergy decreases, TLR signalling increases, and B cells become hyperactive leading to systemic autoimmunity in the animals”, says Tanja Schwickert, first author of the study, who continued to investigate how Ikaros specifically controls the two mechanisms causing these signalling defects. The results supported the main conclusion of the study: “lkaros acts as a guardian that prevents autoimmunity.”

The research project started with the development of a mouse model to study the function of lkaros in mature B cells in 2012. “At this point, nobody could have guessed that we will identify lkaros as a fundamental regulator of autoimmunity”, says Meinrad Busslinger. He now considers the establishment of this link to be a case of serendipity: “This is how basic research works—you ask a fundamental question, and you work out mechanisms with unexpected, but very far-reaching implications for all sorts of phenomena”. In this case, the two mechanisms through which a single protein is sufficient to control autoimmunity.