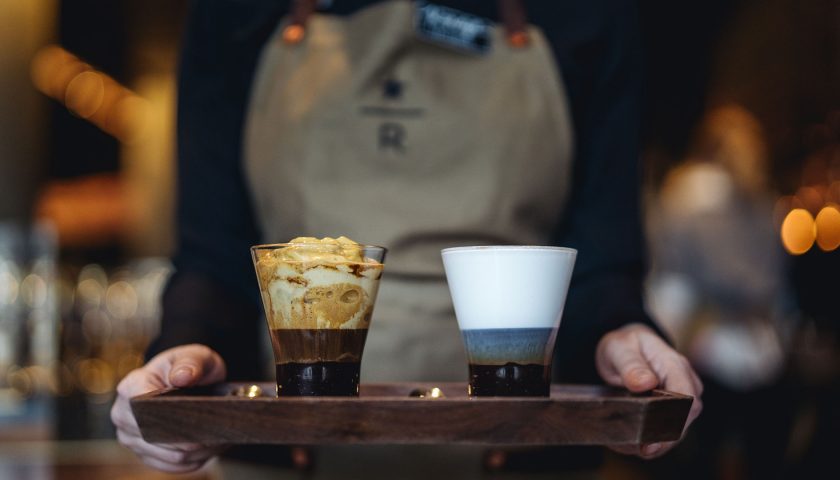 If you haven’t heard, oat milk was predicted as one of the big food trends of 2019. Back in December, Pinterest reported a 186-percent increase in searches for the dairy substitute. Since, oat milk has certainly made waves over the past three months, including at Starbucks, which recently announced it will now offer oat milk as a substitute — but only at select locations.

On March 12, five Starbucks Reserve locations in the U.S. — two in New York, two in Seattle and one in San Francisco — started offering the newest non-dairy milk option. According to Starbucks’ press release, oat milk will also be available at three Princi bakeries in Seattle.

Oat milk is nothing new overseas, though. Apparently, Starbucks locations in Europe have been offering oat milk since January 2018 so it was about time it hopped the pond.

What’s so great about oat milk, you ask? We’ll let Starbucks explain why: “When steamed, the milk creates a creamy and velvety texture, perfect for the classic latte and cappuccino espresso beverages.”

Unfortunately for the rest of us, Starbucks doesn’t have plans to expand the launch of oat milk to the rest of its locations nationwide. But who knows, maybe they’ll change their minds.

At these same Reserve locations, Starbucks also added a new drink to the menu, Bicerin. Bicerin is a creamy espresso drink complemented with layers of drinking chocolate. The drink comes in two different flavors, chocolate and pistachio.

Looks like we need to book another trip to Seattle, New York or San Francisco, stat.