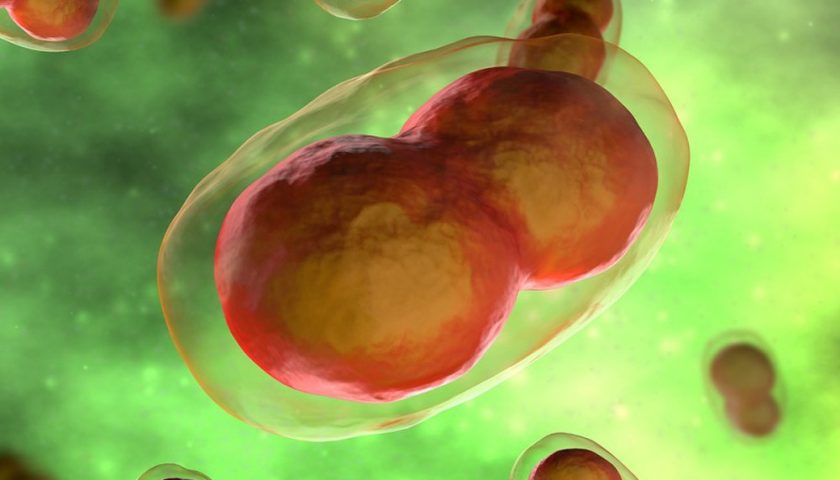 Smallpox is a debilitating and occasionally fatal disease that's highly contagious. Prior to 1980, the disease killed 3 out of every 10 people who became infected, according to the National Institute of Allergy and Infectious Diseases. Overall, smallpox caused the deaths of hundreds of millions of people before it was eradicated, said Dr. Aaron Glatt, an infectious disease specialist and epidemiologist at South Nassau Communities Hospital in New York.

Despite its devastating impact on the human population, smallpox is no longer considered a threat, thanks to a worldwide immunization effort that eradicated the disease by 1977. Smallpox is the only disease known to humanity that has been completely eradicated.

Smallpox is caused by the variola virus. There are four different types of the virus, according to the U.S. Food and Drug Administration, and the symptoms they cause vary in severity.

The virus is transmitted through the air in moisture droplets spread by sneezing, coughing and talking. It can also be spread by touching things that an infected person has touched, although catching the virus that way isn't as common.

The incubation period for smallpox is generally 12 to 14 days, which means a person may not show signs of infection for around two weeks, according to the Mayo Clinic. Once the incubation period is over, the infected person will have symptoms of fever, headache, backache, abdominal pain and a general feeling of being unwell. Lesions will also form in the mucous membranes of the nose and mouth.

A discrete and characteristic rash also appears. The rash first forms on the face, hands, forearms, mouth and throat before spreading to the trunk during the second week of illness. As the illness progresses, the rashes become more pronounced and blisters develop. Eight to nine days later, the blisters scab over.

A person is contagious as long as the rash is present; once all the scabs have separated, they're no longer contagious, said Dr. Robert J. Leggiadro, a physician and professor at Villanova University in Pennsylvania.

An estimated 300 million people around the world died from smallpox in the 20th century, according to a report by the BBC. This is because smallpox has a fatality rate of around 30% in unvaccinated individuals, according to the Centers for Disease Control and Prevention (CDC). Historically, the virus was most dangerous to women who were pregnant or people who had immune disorders.

Though many of the people who contracted smallpox survived, they did not come away unscathed. The rashes left behind severe scars, and some patients became blind from the sickness.

The first smallpox immunization was created by Edward Jenner in 1796. But it took more than 200 years and a worldwide vaccination program to eradicate the disease. The last known naturally occurring case of smallpox was diagnosed on Oct. 26, 1977, in Merka, Somalia, according to the CDC. The World Health Organization (WHO) declared smallpox eradicated in 1980.

"It was eradicated solely through vaccination. We do not really have any treatments even today for smallpox that are proven, tried and tested," Glatt said.

Researchers continue to study smallpox, but very few scientists have access to the deadly disease.

"Only two WHO reference labs are authorized to maintain stocks of variola virus: one at the Centers for Disease Control and Prevention (CDC) in Atlanta and the other at a Russian state laboratory in Koltsovo," Leggiadro said. "However, additional variola isolates, either long held unreported or acquired through security breaches, may also exist." All legal research is overseen by the Advisory Committee for Variola Virus Research, according to the WHO.

Prevention of smallpox is based on a worldwide vaccination strategy. Anyone who shows signs of the virus are vaccinated and kept in isolation to prevent any spread of infection by their country's medical authorities. In the United States, the CDC reserves the legal right to quarantine individuals.

Anyone who may have come in contact with the potentially infected person is also given the vaccine. The vaccine can prevent or lessen the effects of the virus if it is administered within four days of exposure, according to the Mayo Clinic.

Stockpiles of smallpox vaccines are stored around the world to respond to an epidemic, if that ever occurs. In the U.S., the Strategic National Stockpile is an organization run by the government that stores supplies and pharmaceuticals in case of a national health emergency.

The Strategic National Stockpile includes millions of doses of smallpox vaccines for emergency use during a smallpox event, Leggiadro said. "Any confirmed case of smallpox represents an international public health emergency and must be reported to national authorities through local and state health departments."