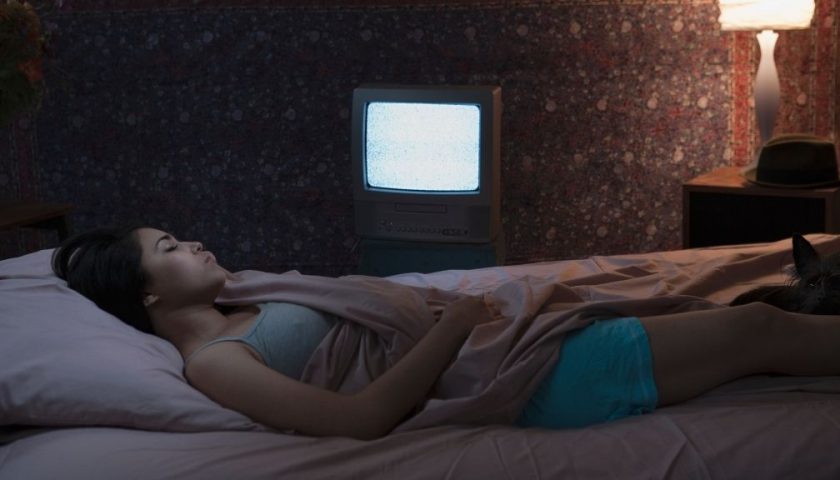 One night spent sleeping in a moderately lit room, rather than a dimly lit room, can lead to higher heart rate during the night and insulin resistance the next morning, a small study suggests.

A 100 lux light could also be compared to a lit television screen in a darkened room or a street light shining through a thinly veiled window, New Scientist reported.

All the study participants wore heart monitors to sleep, and on the second night, the group that slept in moderately lit rooms showed a marked increase in heart rate while they slept, as compared to the night before, the researchers observed. The group that slept in dim lighting both nights showed no significant change.

“We showed your heart rate increases when you sleep in a moderately lit room,” Dr. Daniela Grimaldi, a co-first author and research assistant professor of neurology at Northwestern University, said in a statement. “Even though you are asleep, your autonomic nervous system is activated.” The autonomic nervous system regulates involuntary bodily processes, such as breathing, heart rate, pupil dilation and digestion, as well as the fight-or-flight response.

If the autonomic nervous system is driving up heart rate during the night, “that’s bad,” Grimaldi said. “Usually, your heart rate together with other cardiovascular parameters are lower at night and higher during the day.”

The study authors also ran several tests to estimate the participants’ insulin resistance each morning of the study, after they awoke. The hormone insulin normally helps cells take in glucose, or sugar, from the bloodstream. But when cells are resistant to insulin, they don’t take in glucose as readily, and the body produces more and more insulin to compensate. Over time, cells become resistant to even these sky-high insulin levels, which causes blood sugar levels to soar.

—Wake up! The real facts on sleepwalking (Infographic)

—How much sleep you need as you age (Infographic)

On the first morning, after they’d slept in dimly lit rooms, both study groups scored about the same on the insulin resistance tests. These tests included the Homeostatic Model Assessment of Insulin Resistance (HOMA-IR), a calculation that takes fasting insulin and blood sugar levels into account, as well as direct tests of how the body responds to glucose, called an oral glucose tolerance test (OGTT) and the Matsuda insulin sensitivity index.

On the second morning, the group that slept in the moderately lit room scored worse on these tests, while the group that slept in dim light scored about the same or better as the day before. “Exposure to a single night of [moderate] room light … during sleep increased measures of insulin resistance the next morning,” the researchers wrote in their report.

This study is limited in that it only included 20 people and only monitored the participants for two days and nights. People shouldn’t assume that they need to change their sleeping habits unless these results are borne out in a larger trial, Jim Horne, a U.K.-based neuroscientist specializing in the study of sleep, told New Scientist.

Nicoletta Lanese is a staff writer for Live Science covering health and medicine, along with an assortment of biology, animal, environment and climate stories. She holds degrees in neuroscience and dance from the University of Florida and a graduate certificate in science communication from the University of California, Santa Cruz. Her work has appeared in The Scientist Magazine, Science News, The San Jose Mercury News and Mongabay, among other outlets.