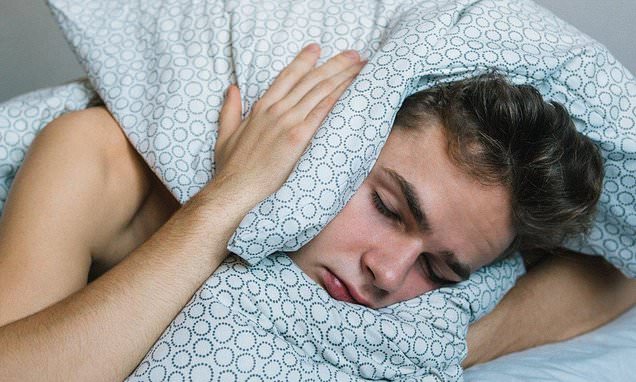 Teenagers who sleep for less than eight hours a night may have more irresponsible sex lives, researchers have found.

Being deprived of sleep appears to raise the risk of young people having sex without a condom or while drunk or high on drugs.

However, staying out late in situations where risky sex was more likely wasn’t necessarily to blame – losing sleep had a longer-term effect, too.

Tired teens make poorer decisions and become more impulsive, the scientists said, and sticking to adults’ nine-to-five routine could be damaging their health.

Lie-ins on the weekend, however, could restore order and limit the risky behaviours – even if their sleep was poor during the week. 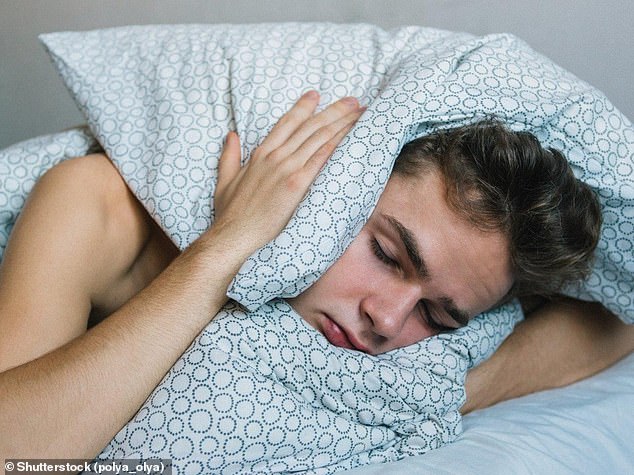 Teenagers who were consistently sleep deprived over weekdays and weekends were the most likely to have ‘risky’ sex and risk spreading STIs, a study found (stock image)

Experts at the RAND Corporation, a research organisation in the US, studied 1,850 teenagers between 2013 and 2017.

They were aged, on average, 16 at the beginning of the study and 19 by the time it ended.

The scientists found teenagers who were chronically sleep-deprived – getting an average of 6.35 hours of sleep on school nights and 7.8 hours on weekends – were between 1.6 and two times as likely to have a ‘risky’ sex life.

Risky sex lives included unprotected sex, having multiple partners, using drugs or alcohol, or getting someone pregnant by accident.

And not sleeping much at the weekend, when teenagers may be out drinking and socialising, led to the biggest increase in risky sex – 2.2 times higher than those who slept well all week.

‘Such as an increased potential of getting sexually transmitted infections, including HIV.’

HOW DOES SLEEP AFFECT DECISION-MAKING?

Being deprived of sleep can slow down the brain and make it less able to make sensible decisions.

Research by Washington State University found cognitive flexibility – the ability to decide based on new information – is particularly reduced by tiredness.

Not getting enough sleep changes activity in part of the brain called the striatum, they suggested, leading to less of the chemical dopamine, which controls the brain’s attention, and more adenosine, which makes us sleepy.

Brain activity overall reduces by about six per cent after 24 hours of being awake, research has found in the past, showing sleeplessness slows down electrical impulses.

And studies on tired people have found tests which need them to be fast and accurate are the first things to fail, with thinking speed quickly reduced.

Accidents increase as people are deprived of sleep over time, too, because the brain tends to focus on benefits – however limited – instead of risks.

Teenagers need between eight and nine hours’ sleep per night, according to the NHS – more than adults who can get by on seven hours.

But young people may miss out on vital shut-eye as they try to juggle school, hobbies and socialising, the researchers said, leading to long-term deprivation.

Only a quarter (26 per cent) of the teenagers in Dr Troxel’s study got ‘sufficient’ sleep during the week – an average of 8.5 hours.

Having irregular sleep patterns caused by weekend lie-ins has been associated with negative health consequences in the past, the researchers said.

But they found extra sleep at the weekend could help to reduce the risk of leading a dangerous sex life.

This may be because those getting more sleep on Saturdays and Sundays were less likely to be out late partying in situations where sex may be likely.

In their study the researchers wrote: ‘It may be that weekend insufficient sleep is a marker, rather than a predictor, of risky sexual behaviors, as perhaps adolescents who are staying out later on the weekends, presumably without parental supervision, are more likely to engage in a variety of risky behaviors, including sexual risk-taking.’

They added that other things which could be common to people who slept less and had riskier sex were spending more time with their friends, more peer pressure and less involvement from parents.

‘On one hand,’ Dr Troxel said, ‘we should encourage sleep routines for teens because regularity is important for maintaining healthy sleep and circadian rhythms.’

‘However, for most… teens, whose weekday sleep opportunities are constrained due to early school start times, maintaining consistency in sleep-wake schedules throughout the week may not only be unrealistic, but also may be unhealthy, if it perpetuates a pattern of chronic sleep deprivation.

‘Our recommendation is for parents and teens to find a middle ground, which allows for some weekend catch-up sleep, while maintaining some level of consistency in sleep-wake patterns.’

She even suggested schools should consider starting later in a bid to improve their pupils’ health.

The researchers did not find any link between the quality of the teenagers’ sleep and their sex life.

Their paper was published in the journal Health Psychology by the American Psychological Association.