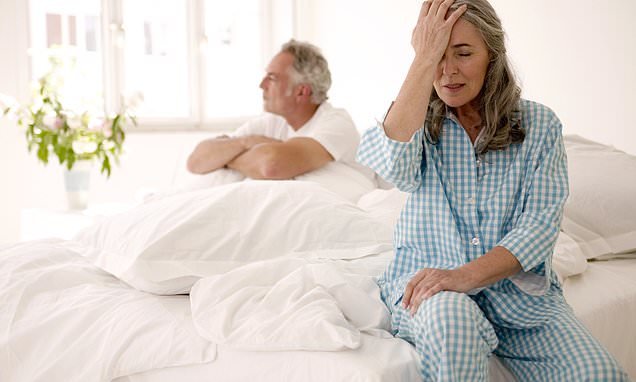 A lack of sleep accelerates the spread through the brain of toxic clumps that cause dementia, warns new research.

A poor night’s sleep has long been linked with Alzheimer’s disease which affects more than 500,000 people in Britain and 5.7 million Americans.

But, until now, little was known about how sleep disruptions drive the disease.

The new study in humans and mice found that sleep deprivation increases levels of the key Alzheimer’s protein tau.

And, in follow-up studies in mice, researchers at Washington University School of Medicine in St. Louis showed sleeplessness accelerates the spread through the brain of toxic clumps of tau. 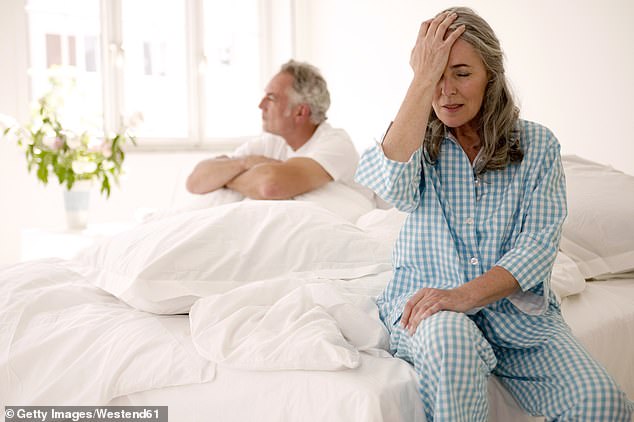 Tau are a harbinger of brain damage and decisive step along the path to dementia.

The study, published in the journal Science, indicates that lack of sleep alone helps drive the disease, and suggested a good night’s sleep may help preserve brain health.

Senior author Dr David Holtzman who is head of the Department of Neurology, said: ‘The interesting thing about this study is that it suggests that real-life factors such as sleep might affect how fast the disease spreads through the brain.

‘We’ve known that sleep problems and Alzheimer’s are associated in part via a different Alzheimer’s protein – amyloid beta – but this study shows that sleep disruption causes the damaging protein tau to increase rapidly and to spread over time.

‘Getting a good night’s sleep is something we should all try to do.

‘Our brains need time to recover from the stresses of the day.

‘We don’t know yet whether getting adequate sleep as people age will protect against Alzheimer’s disease.

‘But it can’t hurt, and this and other data suggest that it may even help delay and slow down the disease process if it has begun.’

Tau is normally found in the brain – even in healthy people – but under certain conditions it can clump together into tangles that injure nearby tissue and presage cognitive decline.

Recent research at the School of Medicine showed that tau is high in older people who sleep poorly.

But it wasn’t clear whether lack of sleep was directly forcing tau levels upward, or if the two were associated in some other way.

The researchers measured tau levels in mice and people with normal and disrupted sleep.

Mice are nocturnal creatures and researchers found tau levels in the fluid surrounding brain cells were about twice as high at night, when the animals were more awake and active, than during the day, when the mice dozed more frequently.

Disturbing the mice’s rest during the day caused daytime tau levels to double.

Much the same effect was seen in people.

Dr Brendan Lucey, Assistant Professor of neurology, obtained cerebrospinal fluid – which bathes the brain and spinal cord – from eight people after a normal night of sleep and again after they were kept awake all night.

A sleepless night caused tau levels to rise by about 50 percent.

Being kept awake makes people stressed and cranky and likely to sleep in the next chance they get.

But scientists ruled out stress or behavioral changes for the changes in tau levels in mice experiments.

Altogether, the findings suggest tau is routinely released during waking hours by the normal business of thinking and doing, and then this release is decreased during sleep allowing tau to be cleared away.

Sleep deprivation interrupts this cycle, allowing tau to build up and making it more likely that the protein will start accumulating into harmful tangles.

In people with Alzheimer’s disease, tau tangles tend to emerge in parts of the brain important for memory – the hippocampus and entorhinal cortex – and then spread to other brain regions.

To study whether the spread of tau tangles is affected by sleep, the researchers seeded the hippocampi of mice with tiny clumps of tau and then kept the animals awake for long periods each day.

A separate group of mice also was injected with tau tangles but was allowed to sleep whenever they liked.

After four weeks, tau tangles had spread further in the sleep-deprived mice than their rested counterparts.

Notably, the new tangles appeared in the same areas of the brain affected in people with Alzheimer’s.

People with Parkinson’s – like those with Alzheimer’s – often have sleep problems.