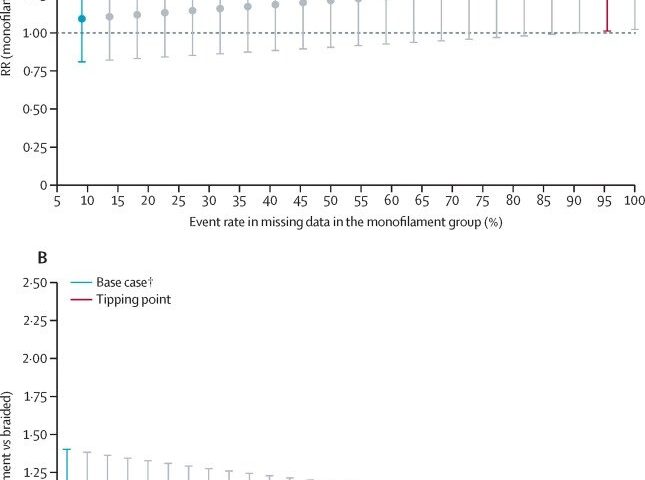 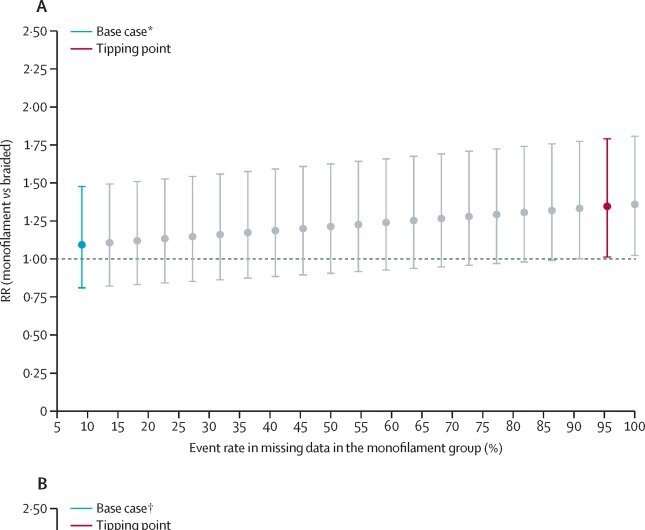 Women at risk of pregnancy loss who need a specialist surgical procedure could benefit from a single-stranded suture thread to reduce risk of infection, results from the C-STICH clinical trial found.

The trial was the largest of its type and is published in The Lancet. It involved more than 2,000 expectant mothers who needed a procedure called a cerclage, where a purse string suture is placed around the neck of the womb (the cervix) during their pregnancy. Women were randomly allocated to have the surgical procedure performed using either a single stranded thread or a braided thread.

Researchers tested whether there would be any difference in miscarriage or stillbirth, due to an increased risk of infection, from using a braided suture thread. The research demonstrates that single stranded sutures could potentially improve outcomes for mothers at risk of preterm birth.

The team led by researchers from the University of Birmingham and Birmingham Women’s and Children’s Hospital found that the mothers treated with single stranded threads had no differences in pregnancy loss or preterm birth and reported fewer instances of infection and sepsis. This could have important implications for the health outcomes of mothers and babies who are treated with a cervical cerclage in their pregnancy.

Dr. Vicky Hodgetts-Morton, NIHR Clinical Lecturer in Obstetrics at the University of Birmingham and Birmingham Women’s Hospital explained the implications of the trial results. Dr. Hodgetts-Morton said, “Preterm birth is a significant problem, complicating approximately one in ten pregnancies around the world. The consequences of preterm birth may be significant with some babies being born too early to survive, and those that survive are at increased risk of health complications. One cause for preterm birth is cervical insufficiency, occurring in 0.5% to 1% of pregnant women for which the placement of a vaginal cervical cerclage can be an effective treatment.”

“Suture thread choice has the potential to improve how well a cerclage works in preventing miscarriage, stillbirth and preterm birth. Both single stranded and braided threads are commonly used to perform cerclages and our findings show no differences in pregnancy loss and preterm birth. The C-STICH trial results did show an increased risk of infections in labor and around the time of delivery with braided threads and this supported our hypothesis that a single stranded thread could reduce the risk of infection developing during the pregnancy.”

At 19, Nicki was told that she was unlikely to ever get pregnant after being diagnosed with Polycystic Ovarian Syndrome.

Nicki explains, “My periods were a nightmare, all over the place, no regularity and no ovulation.”

After 13 years of no success, Nicki’s life turned around after a major lifestyle change including remarrying, and a pregnancy at last. However, after three tragic miscarriages and the stillbirth of her daughter Megan at 23 weeks, Nicki and her husband John wondered whether their new reality was any better.

“The current guidance is that there is no intervention or investigation until you have three miscarriages, which is a tragic way to look at things, and all the worse when you are living with it. I decided that I would never do this again, and yet even after being on the pill I now couldn’t seem to stop getting pregnant.”

Nicki was immediately referred to Dr. Vicky Morton from the University of Birmingham and the Fetal Medicine team at the Birmingham Women’s and Children’s NHS Hospital Trust. They began monitoring and scanning weekly from week seven on the suspicion that Nicki was experiencing a weakened cervix leading to the inability to carry, and after 11 weeks those suspicions were confirmed.

“I was admitted that same day and invited to take part in the CSTICH trial. More terrified than ever of another loss we agreed and held everything crossed. I had the cerclage procedure late that night and bed rest for a week. After that, we passed the 12-week, the 20-week scan, and one year to the day I endured the pain of a stillbirth with Megan, on the 24th January, I gave birth to healthy Isabella by c-section after having my cerclage taken out.”

Nicki would go onto work with Vicky and the team again after conceiving again. The team monitored Nicki, performed a second cerclage and delivered her second baby Caitlin Victoria, named in honor of the clinician and her team that gave Nicki and John a family.

“This team and the work that they do is incomparable to any other thing. She literally gave me a family I had longed for 20 years for. Taking part in this trial and the work these people do is the difference between feeling that horrendous pain and loss of miscarriage and stillbirth, to giving tremendous hope that things can be different.”

Mr. Philip Toozs-Hobson, Chief Investigator of the C-STICH project and Consultant Gynecologist at the Birmingham Women’s and Children’s Hospital said, “We are extremely grateful to all the women who trusted us by taking part in the study and also the dedication of the research teams at of the 72 maternity who made the trial happen. Our aim, as ever, is to improve women’s experience in pregnancy through safer childbirth and to help the NHS achieve their target of reducing both pre-term birth and cerebral palsy. This work has added to our understanding relating to infection and sepsis”