George Yancopoulos, the co-founder, president and chief scientific officer of Regeneron Pharmaceuticals argues the company’s antibody cocktail ‘is a way to protect’ the most vulnerable, including the immunocompromised.

George Yancopoulos, the co-founder, president and chief scientific officer of Regeneron Pharmaceuticals, told "Cavuto: Coast to Coast" Wednesday that a single administration of his company’s COVID-19 antibody therapy "will protect people" for many months "pretty much as well as a vaccine does."

Yancopoulos argued that the therapy is a "great alternative" for those who are particularly vulnerable, which includes the immunocompromised.

Yancopoulos made his comments two days after Regeneron announced a single dose of its antibody cocktail reduced the risk of contracting COVID-19 by 81.6% in a late-stage trial, in the two to eight-month time frame following the drug's administration.

The eight-month assessment period revealed that there were no COVID-19 hospitalizations for those who were given the antibody cocktail, and six people who were in the placebo group were hospitalized, according to a news release.

Yancopoulos acknowledged that "vaccines are a very powerful way to broadly protect the population" against COVID-19, but added that "the problem is, as we’re all recognizing, is there are gaps in the coverage provided by the vaccines" and "the immunocompromised are particularly vulnerable."

Citing studies, including one from Johns Hopkins, Yancopoulos told host Neil Cavuoto that those who do not respond to the vaccine "will not make these antibodies" and therefore, will not be protected and can still be hospitalized with COVID-19.

"Our drug is really the antibodies that the vaccine is designed to make the body produce," he said.

Yancopoulos noted that those antibodies can be administered "as a substitute to these people who are not satisfactorily making a response to the vaccine."

"It’s a way to protect these particularly vulnerable immunocompromised," he stressed.

The antibody therapy, REGEN-COV, is currently authorized in the U.S. to treat people with mild-to-moderate cases and for prevention of infection in those exposed to infected individuals as well as others at high risk of exposure in places such as nursing homes, Reuters reported.

Yancopoulos said the antibody treatment has already been authorized by the Food and Drug Administration "to treat the people who are already infected, or, for example, immunocompromised people who have been exposed to somebody who is already infected."

He then pointed out that the treatment has not yet "not yet authorized essentially to act as a substitute for the vaccine for the immunocompromised who don’t respond to vaccine."

"That’s why the data is so exciting," Yancopoulos continued. "What we have shown is a single administration of these antibodies will protect people for many, many months, pretty much as well as a vaccine does."

He then argued that the antibody cocktail "is a great alternative, potentially, for all of those poor people, the most vulnerable amongst us, the immunocompromised who don’t respond to the vaccine."

"We can now give them essentially what is called a ‘passive vaccine,’" Yancopoulos went on to explain.

"You can imagine dosing them once or a couple of times a year to protect them just like a vaccine or a booster does. So it’s a great alternative for those who are particularly vulnerable," he added.

Yancopoulos told Cavuto Regeneron applied "many months ago now with the FDA for this potential use, to provide protection for these particularly vulnerable such as the immunocompromised, but our recent data that shows that a single administration can last for such a long time makes this very plausible and convenient as a way to really deal with the millions of Americans who are not responding to the vaccine." 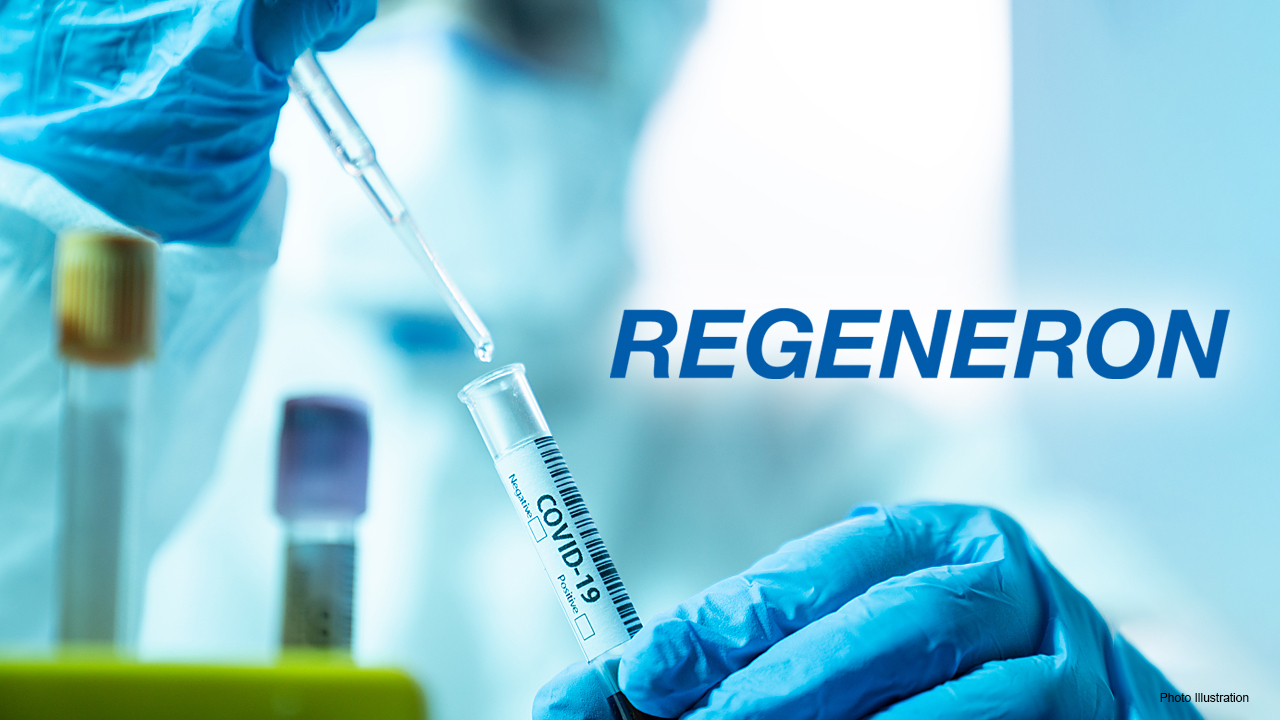 George Yancopoulos, the co-founder, president and chief scientific officer of Regeneron Pharmaceuticals, says the company’s COVID-19 monoclonal antibody therapy can treat people already infected or those who are immunocompromised and were exposed.

He went on to explain that now the company is updating its filing with the FDA.

Yancopoulos told Cavuto that "the latest data shows, a couple shots a year or maybe once a quarter will be enough to really protect" the most vulnerable.

Cavuto noted during the interview ]that when he was battling COVID-19 a couple of weeks ago, he did receive Regeneron’s monoclonal antibody treatment.

Cavuto tested positive for the coronavirus last month but credited his vaccination with having made the battle more bearable. The longtime Fox News host was a vulnerable candidate for the virus, having faced cancer in the 1980s, a multiple sclerosis diagnosis in 1997, and an open heart surgery in 2016.

GET FOX BUSINESS ON THE GO BY CLICKING HERE

The trial started in early 2021 and allowed participants to become vaccinated if they wished once the primary efficacy period – 1 month – was complete. Vaccination rates during the remaining months of the trial were "balanced," with 35% of both the REGEN-COV and placebo groups receiving a vaccination.

The study tracked 1,683 people ages 12 to 92 who were not infected with COVID-19 and did not have antibodies. The median age was 43 years old.

The long-term results have not yet been published, but an analysis of the one-month efficacy and results ran in the in the New England Journal of Medicine in September.