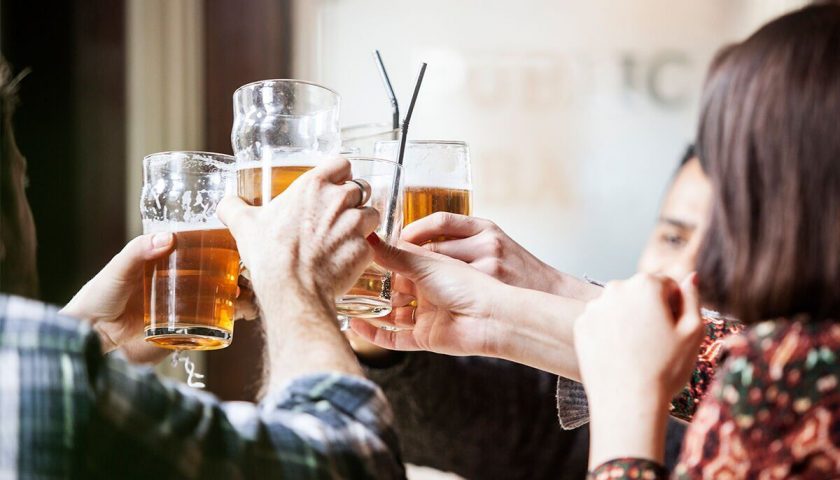 It’s widely known that alcohol, specifically consumed in large quantities, is not beneficial to our health. In fact, it is often the opposite depending on how much and how often you drink. And during this festive period it is likely many people might start to notice some of the unwanted side effects.

“As alcohol temporarily boosts our mood, making us feel more confident and sociable, many people might down a drink or two to ‘improve’ their mental health,” he said.

“However, the long-term reality is that it can worsen mental health symptoms and it’s linked to a range of issues from depression, anxiety, poor sleep and alcohol dependency.”

He explained: “Alcohol is a depressant that can affect the chemicals in our brain. While initially, you may feel more relaxed and outgoing, continued excessive drinking can magnify your mood.

“So, if you’re already feeling down, angry or sad it can heighten these emotions. Regular consumption of alcohol can also decrease the level of serotonin our body produces, leading you to feel even more depressed.”

“Heavy drinking can also worsen the symptoms of anxiety,” Dr Fisher said. “For example, when the alcohol begins to wear off, you can feel as though you are in fight or flight mode and can become anxious about things you might not usually worry about.

“This can range from feeling jealous of your partner talking to someone else, worrying about what you have said the night before and feeling anxious about what people think of you.”

Dr Fisher said: “We all know that too much alcohol isn’t good for our health and can cause some regrettable hangovers but in the long-term it can also cause some serious health problems and is linked to a range of issues from weight gain, problems with sleeping, skin conditions and illnesses such as liver, mouth and oesophageal cancer.”

He commented: “A few drinks before bed can make you feel sleepy and you might think that you’ll get a better night’s sleep for it. However, drinking can disrupt your sleep cycle causing a less restful and light sleep.

“Alcohol is a diuretic, meaning it encourages the body to lose extra fluid. So, it’s no surprise that after an evening of heavy drinking you’re up in the night going to the toilet, sweating and waking to drink water due to dehydration.”

“Alcohol is very dehydrating and can make the skin appear dry and tired looking,” he said. “As your skin is very dry, your oil glands produce more oil to make up for water loss. This extra oil on your skin can break you out in spots and acne.

“You may have also heard of the alcohol flush reaction, where your skin appears red after drinking. Alcohol flush doesn’t affect everyone though as it actually depends on your genes.”

Dr Fisher said: “Many of our favourite alcoholic drinks are much higher in calories than most people realise.

“Alcohol contains seven calories per gram which is almost equivalent to a gram of fat. So, it’s no surprise that those cheeky after work pints have been sticking around on your waistline.”

“Over many years, heavy drinking will gradually take its toll on your body and its organs,” he added. “The most common parts of the body damaged by long-term drinking are the brain, nervous system, heart, liver and pancreas.

“Heavy drinking can also increase your blood pressure and blood cholesterol levels, which are major risk factors for heart attacks, strokes and diabetes.”

Dr Fisher’s tips on how to cut down

Alcohol units – Unfortunately, there’s no ‘safe’ drinking level, but there is advice on low-risk drinking. Men and women are advised to drink no more than 14 units over a week.

As a general rule, a pint of beer or cider contains between two to three units and one large glass of wine contains three units.

Alcohol-free days – Some people set themselves certain days of the week where they don’t drink. Having specific alcohol-free days is a simple way of drinking a little less and feeling better for it.