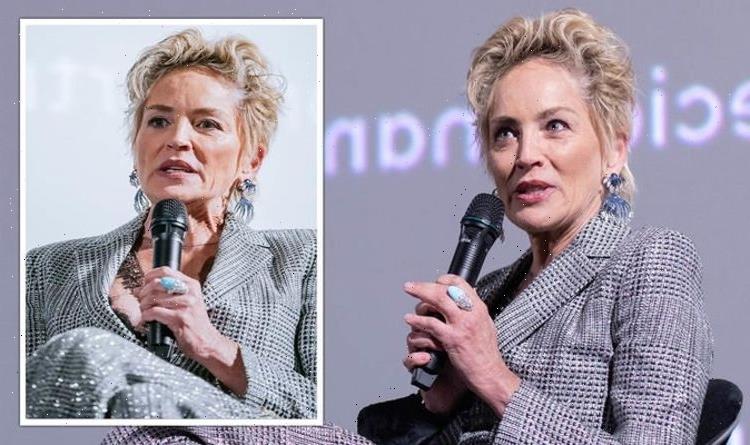 Sharon Stone recalls her near death experience after brain bleed

The 63-year-old Emmy and Golden Globe award winner still has vivid memories of the time in her life where she came face to face with death. It was when she was standing behind a sofa in her San Francisco home when she suddenly experienced a “lightning bolt” to the head – a shock so painful that she was knocked to the floor unconscious. At the height of her career at the time, the actress arose an unknown amount of time later with a throbbing headache. What had happened to the star?

This “lightning bolt” that Stone had experienced was in fact a brain hemorrhage caused by a ruptured vertebral artery.

These vertebral arteries are located at the back of the neck and convey around 20 percent of the body’s blood supply to the brain. Their good functioning is crucial for life and when a tear occurs – due to damage to the vessel wall – it can quickly lead to blood clots.

Mark J. Alberts, MD, physician-in-chief at the Hartford HealthCare Ayer Neuroscience Institute in Connecticut says: “A tear happens when there is damage to the wall of the vessel or an inherited weakness.

“After the tear, blood may enter the wall of the artery, leading to a blood clot that blocks the entire vessel. Or a piece breaks off and goes into the brain. Either way, the result can be a stroke in many cases.”

Talking about her experience Stone said: “They put me on this gurney… and all of a sudden that was it and I was just gone.

“I was swooping up through this tunnel of light and at the top of it was kind of this hole and several people that I had been very close to or I had been their caretakers until they died were kind of looking down and I felt like they were telling me this is all great.”

“The room was so silent,” she recalled. “When the room is so silent and no one’s running around trying to fix you, that’s when you realize how near death is and how serious everything is.”

Initially, doctors were concerned that the actress might be faking her symptoms – as a CT scan failed to show anything wrong – urging her to go home and rest, but unbeknown to them, Stone was in need of a life-saving seven hour surgery.

Before her surgery, Stone’s brain had been bleeding for a further five or six days, putting her life in an increasingly vulnerable state.

Stone explained: “I didn’t get to the hospital until day three or four of my stroke. Most people die. I had a one percent chance of living by the time I got surgery — and they wouldn’t know for a month if I would live.”

According to the Stroke Association, 15 percent of strokes occur due to bleeding in or around the brain – this is known as a hemorrhagic stroke.

Symptoms are extremely sudden, and like Stone can include a severe headache, very stiff neck and vomiting.

The main causes of a hemorrhagic stroke are often related to high blood pressure. But other potential causes include the following:

For Stone, it wasn’t only her diagnosis that was tough. It took the actress seven years to fully recover from her ordeal.

“My recovery period was hell, quite frankly,” she says. “I lost 18 percent of my body mass in nine days. I came out of the hospital looking like teeth on a stick. At that time, they didn’t have stroke recovery programs. Months later, I was really, really struggling.

“I had to remortgage my house. I lost everything I had. I lost my place in the business. I was the hottest movie star, you know? It was like Miss Princess Diana and I were so famous, and she died and I had a stroke. And we were forgotten.”

According to the NHS, the recovery time after suffering a haemorrhage stroke will depend on its severity and the location of the haemorrhage.

In addition to feeling physically weak and often losing sensation in your arms and legs, the recovery process can be tough on your mental health. Feelings of anger, resentment and sadness are common.

The Stroke Association explains that it is quite common for people to experience headaches after any type of bleeding on the brain. This may be due to swelling or changes in the levels of cerebrospinal fluid. The pain tends to lessen over time and can usually be controlled by painkillers such as paracetamol.

You should not take aspirin or non-steroidal anti-inflammatory drugs (NSAIDs) such as ibuprofen, as they can increase the risk of bleeding. Drinking plenty of water and avoiding caffeine and alcohol can help to reduce these headaches. If you have another severe headache or a persistent headache, seek medical attention urgently.