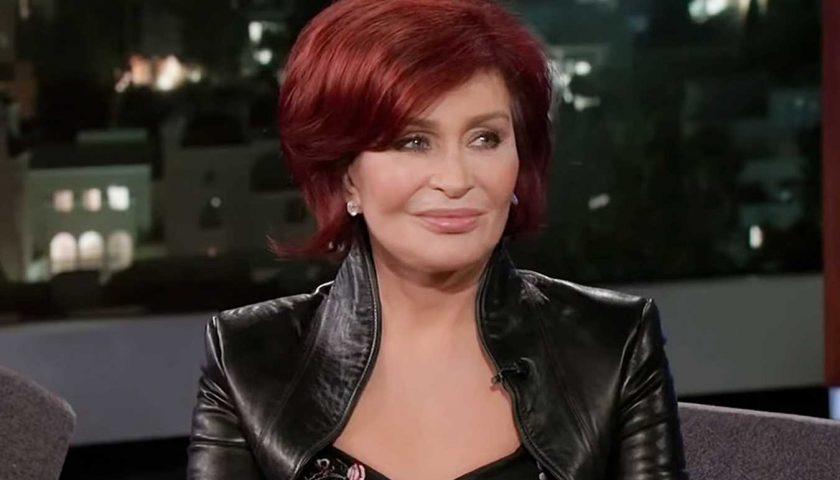 Sharon Osbourne is thrilled with her new facelift — but she knows the results could’ve been much different.

On Wednesday, Sharon, 66, appeared on an episode of Jimmy Kimmel Live! where she spoke to the talk show host about her recent plastic surgery procedure.

After complimenting Sharon with the results, Kimmel, 51, pointed out that he believes it’s rare for women to come out of the facelift procedure looking normal and asked the music manager for her input.

“You know what it is? It’s just that it’s so popular now for men and women to get facelifts that there’s very few, really good surgeons and there’s so many people wanting to have it done that, odds are, you’re gonna get a dud,” Sharon said.

The Talk co-host went on to explain that it’s different for everybody and that some “people’s bone structure” don’t respond well to the procedure.

“I think, too, a lot of people go in to change too much and then it just doesn’t work,” she added.

Luckily for her, the facelift was successful and all went smoothly — though her daughter Kelly Osbourne might not have believed that, at first.

Sharon first opened up about her plans to get a “new face” in May, telling her fellow hosts, Eve, Carrie Ann Inaba, Sheryl Underwood, and guest Rumer Willis that her “next surgery is booked.”

“I’m having it in August so when we come back to film in September, I will have a new face,” she said at the time.

Her CBS co-hosts laughed off the announcement — with Inaba, 51, quickly saying, “But I like this face.”

That didn’t sway Sharon, though. “You’re just used to it, you’ll like the new one,” she quipped.

Her decision to get more work done came years after the star swore off plastic surgery.

In a 2012 episode of The Talk, Sharon said she wanted to stop getting plastic surgery “because I have been looking at pictures of myself recently since I started to lose weight and in a lot of shots, my face looks plastic and at certain angles. I was like, ‘Oh, dear. Oh, I should never have done that. Oh, that’s a bad one.’ So I’m like, ‘No more. No more abuse.'”

Sharon also said she had issues with her breast implants. “One of them had burst, and all of it had gone into the wall of my stomach,” Sharon said that year. “And one breast was different than the other.”

The British TV host admitted “having my vagina tightened” was the worst procedure she went through.

“It was just excruciating,” Sharon said on The Graham Norton Show back in 2013.

Ultimately, Sharon changed her mind and went under the knife, debuting her new face on The Talk’s season 10 premiere on Monday.

“It was five weeks today that I had my operation,” she said on the show. “I had my neck done, my jowls … He kind of pulled it from the top of my head and put an elastic band in it. But everything was just lifted up. So it looks more refreshed.”

“I feel okay,” Sharon told her peers, who praised her new look. “Still a little bit of pain. But you can’t complain when you wanted to do it.”

Prior to the latest procedure, Sharon posed for a series of photos for PEOPLE alongside her three grandchildren: Minnie Theodora, 18 months, Andy Rose, 4, and Pearl Clementine, 7.

The photographs were shot on June 26 at her home, accompanied by a story about Sharon’s life as a grandma.

“I keep saying it and saying it: It is one of the joys of growing old because it is a different kind of love,” she said. “And it’s very special, really special. I can’t wait for my girls to have babies. Like, hurry up! Do it!”