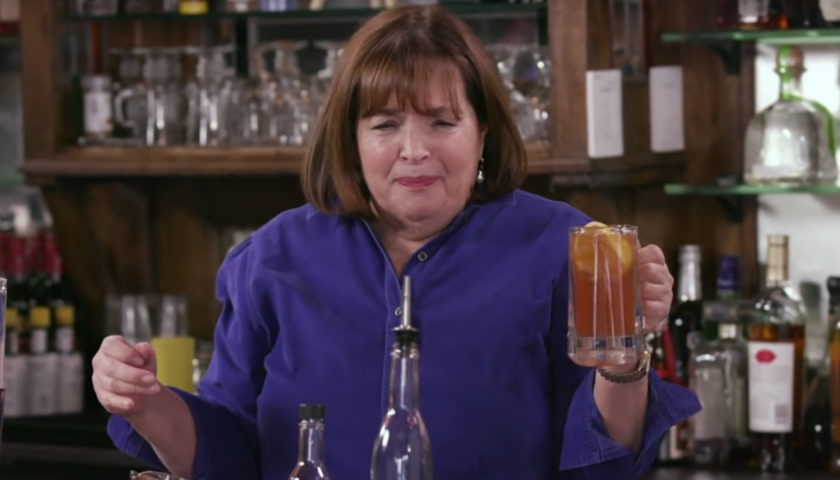 Not to be alarmist, but I have to insist you quite literally stop everything and watch the above segment from Seth Meyers’s show. The clip—which should absolutely become a stand-alone new series—is called “Seth and Ina Garten Go Day Drinking.”

What ensues is pretty self-explanatory: Seth takes Ina to an NYC bar and proceeds to get both her and himself very white girl wasted by having them each make some of her most famous cocktails. Then, he makes them swap.

Predictably, Seth struggles to make any of the drinks (when he gets to the one that requires an egg white, oh my god), while Ina executes them all flawlessly. This allows him to down all of her drinks while she gags on sips of his.

The drunken day spirals into a series of games, the most remarkable of which is a taste test of Barefoot Contessa sauces. Seth has to guess which of the ones presented are Ina recipes and which are Arby’s, McDonald’s and/or KFC dipping sauces. He, in turn, makes her try the fast food dips too. She does not like them. She “WAHs” at Arby’s Horsey Dip.

It really, truly only gets better from there, but you’ve got to watch it to believe it. I will tell you there is a series of shots involved and also a very disgusting cake. Enjoy.