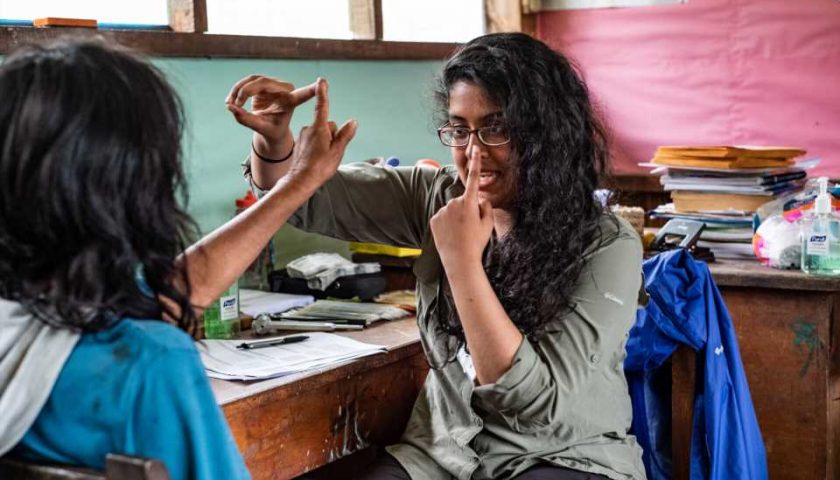 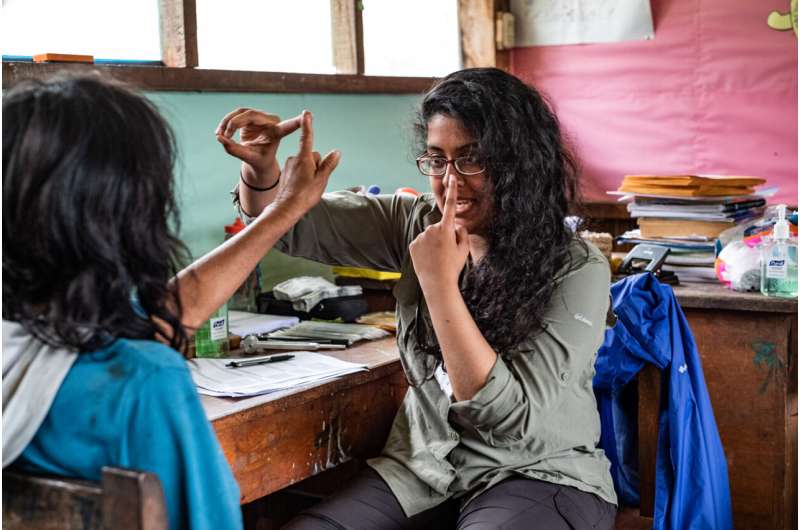 Indigenous peoples globally are disproportionately impacted by environmental pollution. The Matsigenka people of the Peruvian Amazon are one such Indigenous group. Fewer than 1,000 Matsigenka are spread across four villages in the Manu River Basin of Manu National Park southeastern Peru, with an uncertain number of villages and individuals living further up the Manu River in voluntary isolation.

Despite their very traditional lifestyles, far removed from industrial centers, the Matsigenka people are exposed to high levels of mercury by eating mercury-contaminated fish. The source of this mercury is likely pollution from artisanal and small-scale gold mining. Miners involved in this type of mining use mercury to extract gold from river bed sediments. The silvery mercury binds to the gold, forming a solid mass called amalgam. Heating the amalgam over an open flame vaporizes the mercury, scattering it into the air, soil, and water, where it enters the food chain as methylmercury. Methylmercury is dangerous neurotoxin that affects cognition and other central nervous system functions in people exposed to it.

While the Matsigenka are not gold miners themselves and live over 300 kilometers (186 miles) from the nearest gold mine, current thinking is that they are exposed to mercury after it is transported upriver by the same large migratory fish that sustain their communities. In addition to being a serious health issue, these disproportionate impacts on Matsigenka communities make mercury pollution an environmental justice issue as well. 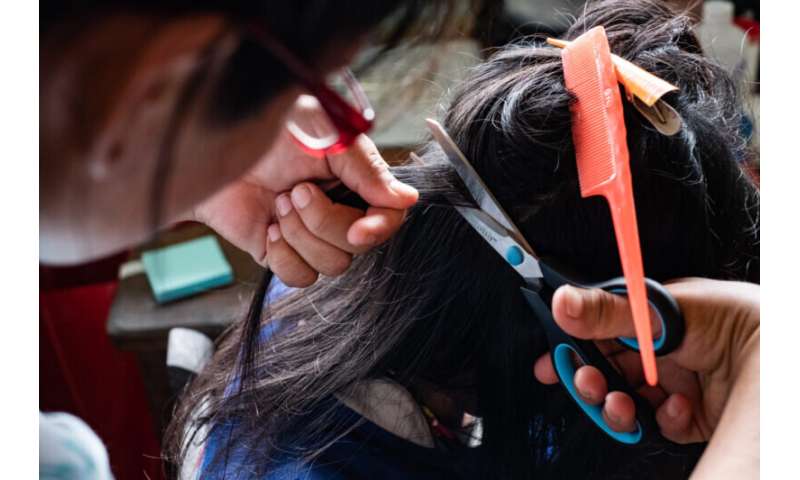 New research led by Wake Forest University psychologist and CEES affiliate Alycia Silman, in conjunction with scientists from Wake Forest’s Centro de Innovación Científica Amazónica (CINCIA), the Wake Forest School of Medicine, the University of North Carolina—Greensboro, and Peru’s Universidad Peruana Cayetano Heredia, takes an important step toward understanding the health impacts of mercury exposure on Matsigenka people. The group found a negative association between mercury levels in the hair of Matsigenka study participants and their performance on cognitive tests, demonstrating a tangible and ominous link between environmental mercury pollution and human cognition in this Amazonian Indigenous group.

“As a cognitive psychologist I was interested in how experimental findings could offer new approaches and techniques to those working in environment and health,” explains Silman. But she and her collaborators did not want to use traditional intelligence tests, which make assumptions that don’t match the Matsigenka way of life. For example, many intelligence tests assume the test-taker is familiar with a base-10 number system, where each digit of a number ranges from zero to nine. However, some Amazonian Indigenous groups use a “one, two, many” counting system, where sums of three or more are not distinguished from each other.

For this new study, the research group took a new approach to measuring cognition, using working memory tests involving listening and recall and identification of abstract shapes to assess the cognitive skills of Matsigenka study participants. Working memory is highly associated with intelligence measures, so this approach was a win-win in that it allowed them to gather the data they needed and adjust to the real lived experiences of the Matsigenka people. “Even the simple act of sitting down with papers is cultural, but we did our best to minimize that [cultural] impact,” Silman explains.

Silman and her colleagues discovered that—despite the fact that the Matsigenka community was hundreds of kilometers upstream from the nearest gold mine—nearly every person surveyed had mercury levels above the World Health Organization safe level of 2.0 parts per million. In fact, mercury levels in the Matsigenka hair samples exceeded the safe limit by an average of 3.5 times. Participants with high hair mercury levels performed worse on tests of their working memory and executive function, two key components of cognition.

“Because of the boom of mercury-enabled illegal gold mining in places like the Amazon, there has been a huge spike in reports of mercury releases to air, water and soil, and of mercury exposure to Indigenous human populations,” explains CINCIA Executive Director and Wake Forest Research Associate Professor in Biology Luis Fernandez. “There is a pressing need for effective methods to understand and quantify the impact of this mercury on already vulnerable and marginalized native populations of the Amazon.”

This new research meets that need. While the number of Matsigenka participants in the study was relatively small for human cognition research—just 30 people from three communities— this paper demonstrates how to apply cognitive tests to non-Western populations, and the power of cross-disciplinary research. In Silman’s mind, this sort of collaboration between experimental psychologists and environmental researchers will bring about a more complete understanding of mercury pollution’s harmful impacts. And most importantly, this research will benefit the Matsigenka: “They are living in their homeland but exposure to mercury may be limiting them as people and how their children grow and develop,” she says.

For Fernandez, the next step is to determine exactly where this mercury originates and how the Matsigenka encounter it. “We are using newly developed methods that use mercury isotopes as a kind of fingerprinting to figure out where this mercury is coming from,” he explains. If they do find, as they suspect, that it enters the food chain downriver at gold mining sites, this lends even more urgency to CINCIA’s work.