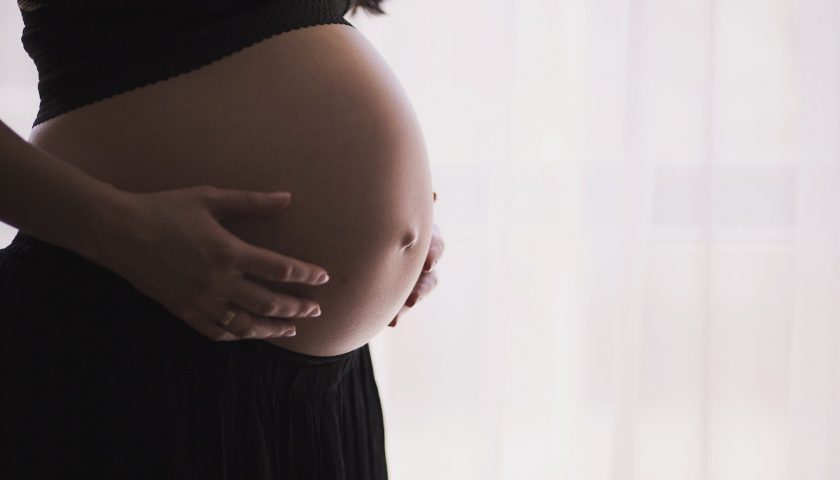 Women who will develop potentially life-threatening disorders during pregnancy can be identified early when hormone levels in the placenta are tested, a new study has shown.

Pregnancy disorders affect around one in ten pregnant women. Nearly all of the organ systems of the mother’s body need to alter their function during pregnancy so that the baby can grow. If the mother’s body cannot properly adapt to the growing baby this leads to major and common issues including fetal growth restriction, fetal over-growth, gestational diabetes, and preeclampsia—a life-threatening high blood pressure in the mother.

Many of these complications lead to difficult labors for women with more medical intervention and lifelong issues for the baby including diabetes, heart issues and obesity.

Pregnancy disorders are usually diagnosed during the second or third trimester of gestation when they have often already had a serious impact on the health of the mother and baby. The current methods to diagnose pregnancy disorders are not sensitive or reliable enough to identify all at risk pregnancies.

Now scientists have found a way to test hormone levels in the placenta to predict which women will have serious pregnancy complications.

Dr. Amanda N. Sferruzzi-Perri, a Fellow of St John’s College, University of Cambridge, runs a lab in the Department of Physiology, Development and Neuroscience and is the lead author of a new paper published today in Nature Communications Biology.

Dr. Sferruzzi-Perri said: “The female body is remarkable and from the moment of conception, a pregnant woman’s body needs to change nearly every single organ system so the fetus can develop. The fetus also needs nutrients and oxygen to grow so the mother has to change her metabolism and vascular system so she can provide them.

“We know that the placenta drives many of the changes in a women’s body during pregnancy and our study found hormonal biomarkers from the placenta could indicate which women would have pregnancy complications. We found that these biomarkers are present from the first trimester of pregnancy, normally women are only diagnosed with complications during the second or third trimester when disorders may already have had serious consequences for the health of the mother and her developing baby.

“This is a highly important finding given that pregnancy disorders affect around one in ten pregnant women and are often diagnosed too late when the complications are already wreaking havoc on the mother’s body and the fetal development.”

The placenta is a complex biological organ. It forms and grows from the fertilized egg, and attaches to the wall of the uterus. It allows nutrients and oxygen to flow from mother to baby, and removes fetal waste products. Despite its importance, the placenta is a very understood organ and is notoriously difficult to study in pregnant women. But its ability to function properly is vital as it impacts on pregnancy outcomes and the lifelong health of mother and child.

The placenta develops during pregnancy and connects the developing baby to the mother. It serves as the lungs, kidneys, gut and liver for growing babies and carries oxygen and nutrients to the fetus whilst secreting hormones and discarding waste.

Using mouse models, researchers looked at the proteins made by the placenta and compared them to blood samples from women who had uneventful pregnancies and those who developed gestational diabetes. The team developed new methods to isolate and study the endocrine cells in the mouse placenta because these cells are responsible for secreting hormones during pregnancy. They profiled the placenta to identify the hormones that are secreted to create a comprehensive map of proteins in the mysterious organ.

The mouse model map of hormonal proteins from the placenta was then compared with datasets from studies of the human placenta and pregnancy outcomes and researchers discovered a lot of biological overlap.

Dr. Sferruzzi-Perri said: “We found that around a third of the proteins we identified changed in women during pregnancies with disorders. Using a small study to test if these placental proteins will have some clinical value, we also discovered that abnormal levels of hormones were present in the mother’s blood as early as the first trimester—week 12 of gestation—in women who developed gestational diabetes, a pregnancy complication usually diagnosed at 24-28 weeks.

“We also identified several specific transcription factors—proteins within the cell that turn on or off genes—that are likely to govern the production of placental hormones which have important implications for understanding how we may improve pregnancy outcomes.”

The scientists explored whether these genetic biomarkers were detectable during pregnancy and used a study that tracked pregnancy outcomes in women at Addenbrooke’s Hospital in Cambridge. They found that blood samples showed these biomarkers in early pregnancy which could lead to earlier diagnosis of complications allowing treatment to begin more quickly.

Dr. Claire Meek, a diabetes in pregnancy physician and researcher at Addenbrooke’s, said: “This pregnancy-induced form of diabetes causes accelerated growth of the baby and complications at the time of delivery. Unfortunately, some women already have signs of a big baby at the time of diagnosis at 28 weeks. This new test might be able to identify gestational diabetes earlier in pregnancy, providing opportunities to prevent the disease, or to protect mums and babies from the most harmful complications.”