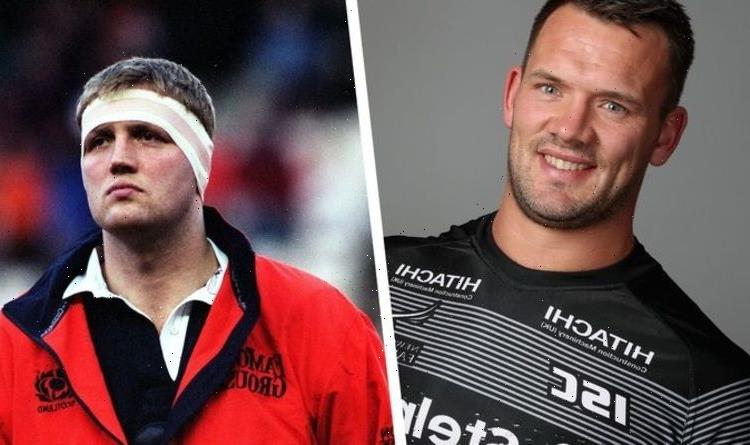 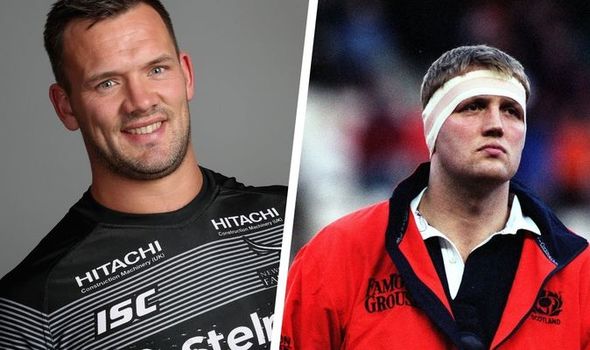 Boris Johnson pledged £50million to aid the search for a cure following a powerful campaign by a coalition of charities and the Sunday Express.

The Prime Minister said the cash would “turbo-charge” research into new therapies and drugs to “radically change the life chances” of the 5,000 people living with the devastating brain and nerve condition in the UK.

Former Leeds Rhino star Rob Burrow, 39, who was diagnosed with motor neurone disease in 2019, said the announcement was “fantastic news for the MND community”.

He told the Daily Express: “So many people have campaigned for this level of funding, and it will mean so much to all those people to have had their voices heard.

“It really feels like we are on the brink of something special and that hope is such a boost to all of us who are dealing with MND.”

Rob, 39, praised the tireless work of the United To End MND campaign, a coalition that includes the MND Association, MND Scotland and the My Name’5 Doddie Foundation, a nod to the number on the shirt Weir wore when he played rugby union 61 times for Scotland.

Rob said: “During the pandemic we have seen the incredible results our scientists can achieve given the right level of funding.

“Here in the UK we are blessed with some of the leading minds in MND research – and a breakthrough here will be great news for everyone.” The Sunday Express joined the battle four months ago with its Fund The Fight To Cure MND crusade, which demanded action and amplified the voices of patients, supporters and leading neurologists.

Campaigners were disappointed when no extra cash was announced in the Spending Review but their perseverance has paid off.

The £50million investment is part of a £375million package over the next five years, which will support research into a range of conditions including Alzheimer’s, Pick’s disease and frontotemporal dementia.

Rugby legend Weir, who went public with his MND diagnosis in June 2017, said the victory “shows what can be done when we speak with one voice and collaborate”.

He added: “Driving back from Murrayfield, we heard this great news. Just amazing. We have worked hard to push MND up the agenda, and we are all working to make progress. It is great that the Government has listened and joined our team. “A lot of work still needs to be done, the £50million is a start – charities and industry need to match it to bring about real change.

“My foundation will carry on funding research and supporting people with MND thanks to our brilliant supporters who have been with us every step of the way.”

He said: “It’s an excellent shot in the arm and exactly what MND research in this country needs.

“The UK is a global leader in motor neurone disease research and this money will allow us to coordinate a national team effort to really accelerate the search for a cure.

“We will be able to go from identifying potential treatments to bring- ing them actually to the clinic.” Prof Al-Chalabi said the ice bucket challenge, which saw people pour icy water over their heads to raise money for MND charities a few years ago, had generated around £7million of extra funding. He added: “That was able to accelerate our research programmes by a few years, so £50million will dramatically improve that.”

It is hoped treatments could be discovered to halt the disease at an early stage. Another key breakthrough would be therapies for people at risk, to intervene before symptoms appear.

Dr Brian Dickie, director of research development at the MND Association, said: “It’s taken a long time for us to get MND on the scientific agenda – for most of the 150 years since it was first recognised, it wasn’t seen as a target for research.

What is happening where you live? Find out by adding your postcode or visit InYourArea

“That’s changed. In the last 25 years I’ve seen more and more people across the world interested in understanding the disease, identifying causes and finding treatments.

“In the last decade, that explosion of new knowledge has turned MND into one of the fastest moving fields of neurological disease research.

“This funding along with the support from charities and, we hope, further investment from industry, gives us the best springboard to turn what we know into treatments and, ultimately, a cure.”

Lee Millard lives with MND and was among the campaigners who delivered a petition to Downing Street in September. He said: “We hope this funding will change the conversation on diagnosis from, ‘Go home and get your affairs in order,’ to ‘You have MND and I can get you on a trial next week’.”

Emma Moss, who was diagnosed at 37, when her daughter was one, said the money “brings hope to all of us who’ve had our lives destroyed”.